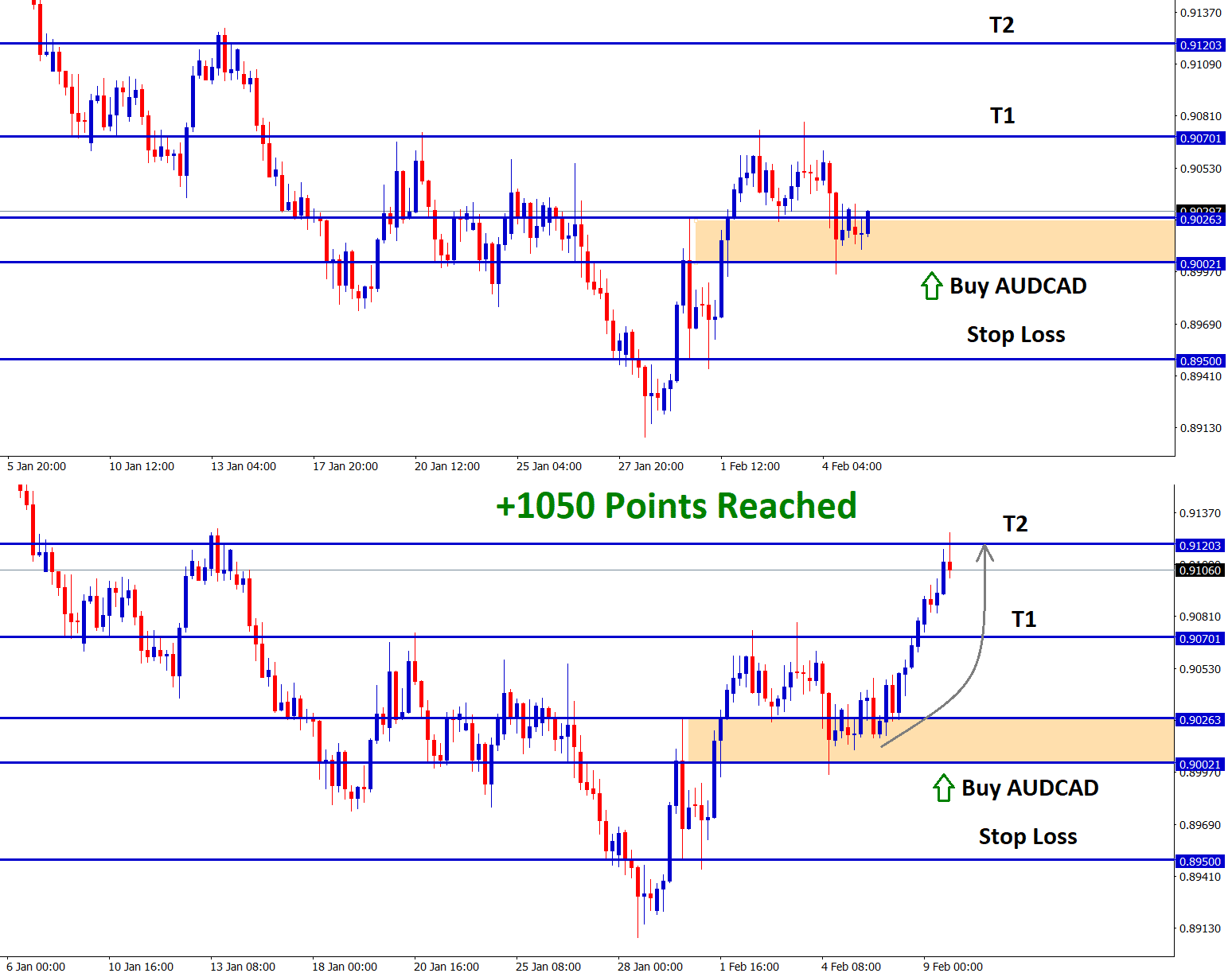 AUDCAD has broken the top of the major descending channel.

After breakout, market has retested the broken level and now the price is rebounding from the retest area and higher low area of the minor ascending channel in the 1-hour timeframe chart.

After the confirmation of reversal movement, AUDCAD buy signal is given.

And the US 10 Year bonds are near the 2.0% level, according to higher bonds yields shows higher selling bonds offers outlook.

According to the CME Fed Watch tool, in March month 75% of polls showed a 25Bps rate hike, and 25% of votes showed 50bps rate hikes.

And the Australian Dollar is rising as Commodity prices like Iron ore prices are rising.

Canadian Dollar drives stronger and US Dollar slightly weaker due to Oil Prices rising day by day. Geopolitical tensions survive, and More Oil demand is expected to increase in the coming months.

And Bank of Canada Governor Tiff Macklem’s speech will happen this week, and a more hawkish tone sends the Canadian Dollar higher.

Maybe in the next meeting Bank of Canada expected to raise 25Bps is possible due to overheating of Inflation numbers.