Did you know EURUSD is the most traded forex pair?

Why, you may be asking?

Because it combines currencies, two of the largest economies in the world, USD is the most traded currency, and EUR comes second in terms of trading.

So, EUR/USD is the popular pair in the forex market.

We’ll give an in-depth guide on EUR/USD in this guide.

So, buckle, this is going to be fun!

Let’s start our guide with the history lesson.

First, let’s talk about EUR. Europe has been planning a currency that would outperform the US dollar for a long time. As a result, the EUR was launched as an operational currency in 1999. The Euro entered circulation in EU member nations on January 1, 2002.

According to legend, the term fiber derives from the fact that the paper used for Euro banknotes is made of pure cotton fiber, making it more durable and unique.

The US dollar’s history began with the Coinage Act of 1792. However, the USD was initially formed as an international currency in the 1944 Bretton Woods Agreement, and it quickly became the world’s most major currency. 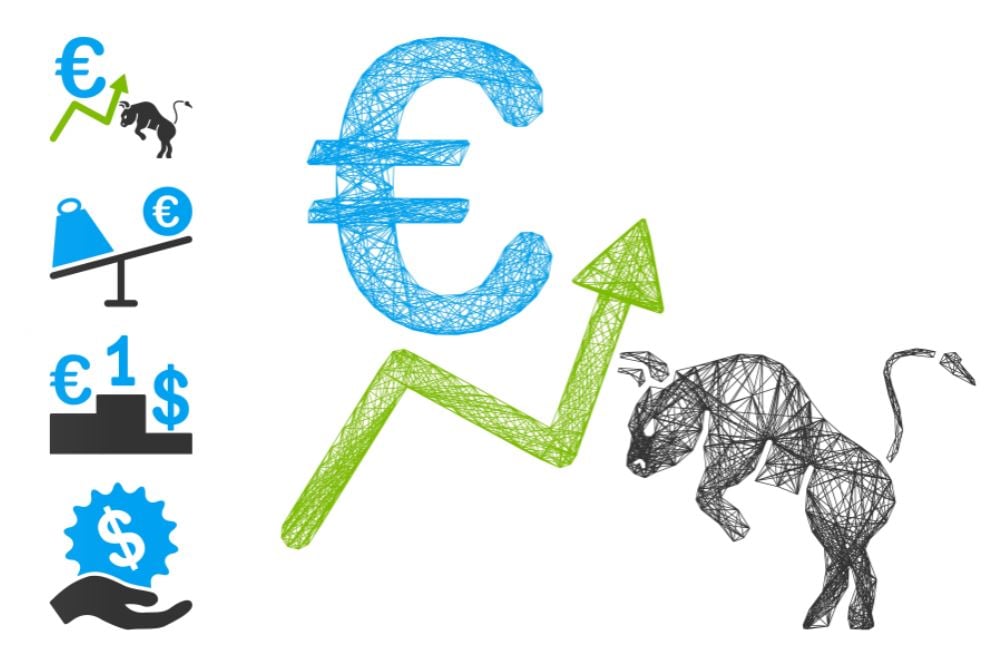 Did you know that the US dollar is the greenback because of the paper notes created during the American Civil War in 1861? The backs of the notes were a unique green color.

Fun fact: EUR/USD is the fiber or the single currency.

Now that you know the history of both EUR and USD let’s find out their exchange rate history. 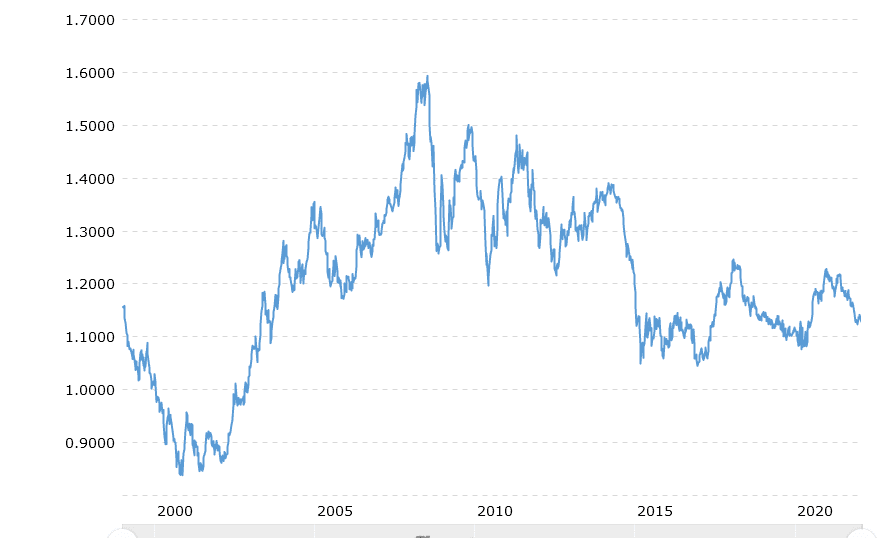 Since April 2008, the Euro has depreciated significantly. At the time, the Euro was trading at an all-time high of $1.60. However, after the United Kingdom chose to leave the European Union, the future of the European Union and the Euro itself has been called into question.

Also, the European Central Bank (ECB) has been decreasing interest rates. This resulted in lower interest rates for everyone lending or saving in euros. As a result, the currency’s value fell.

In March 2015, the European Central Bank introduced its version of quantitative easing. The Euro’s value fell to $1.10.7 as a result. During the Greek debt crisis, the Euro also fell in value.

At the time of writing, the pair is trading at 1.14 levels.

How to trade EURUSD?

To trade EUR/USD, you need to open an account with the broker, deposit funds, and pick EUR/USD as your pair.

Let’s say the market doesn’t go in your favor and starts declining, and the rate becomes 1.1350. In this case, you lost 50 pips.

When talking about EUR/USD, there are a lot of factors that affect the movement of the pair. Let’s discuss them in detail.

The Federal Open Market Committee (FOMC) for the United States and the European Central Bank (ECB) for the European Union develop monetary policies connected to economic events in their respective countries.

In general, the Fed and the ECB press conferences are essential news to monitor because interest rate adjustments are generally anticipated well in advance by the market.

The news conference is important because it can reveal where the FOMC and the ECB expect the economy to go.

For example, if the Fed’s Chairman’s tone looks hawkish, implying that he is concerned about inflation, this might lead to further rate rises, which normally causes the US to appreciate. And if the USD climbs, the EUR will fall against it.

Alternatively, if the Feds Chairman’s tone looks dovish, implying that he feels inflation is under control, future rate rises will be less probable, and the USD may fall in value. In this case, the EUR will rise versus the USD.

GDP statistics, in particular, are issued once a year and are critical for determining the general trajectory of the economies.

Because economic performance is inextricably linked to the forex market, it does not take long for the EUR/USD to react when these statistics are issued.

However, because several economic reports are issued, the most important ones historically impacted currency values are typically evaluated first.

Because the United States is such a large single market, fluctuations in interest rates are very important.

In general, economic events have proven that while interest rates in Europe are typically higher, the Euro is stronger than the dollar. This is likewise true of the United States and the dollar. The difference in value caused by interest rates thus influences the EUR/USD rate in either direction.

Political developments are also important when it comes to the EUR/USD. Like other trade pairings, political instability has a significant impact on the exchange rates in Europe and the United States.

Currency correlations, also known as forex correlations, are a statistical measure of how closely currency pairs are connected in value and will move in tandem.

If two currency pairs rise simultaneously, this is a positive correlation; if one rises while the other falls, this is a negative connection.

The hourly volatility chart depicts how many pips the EUR/USD fluctuates during the day (times are in GMT). Beginning around 07, there is a huge rise in the quantity of movement that lasts until 20. 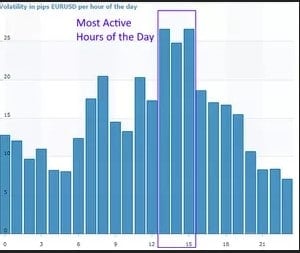 Following this, an hourly movement begins to slow, implying that there will be fewer large price changes in which day traders can participate.

Ideally, day traders should trade between 07 and 20 GMT. Trading outside of these hours may result in insufficient pip movement to pay for the spread or fees.

Volatility fluctuates with time, although the most volatile hours do not alter significantly. Whether daily volatility grows or reduces, 0700 to 20 GMT will continue to be the most suitable period for day trading. Please keep in mind that daylight savings time may impact trade hours in your location. 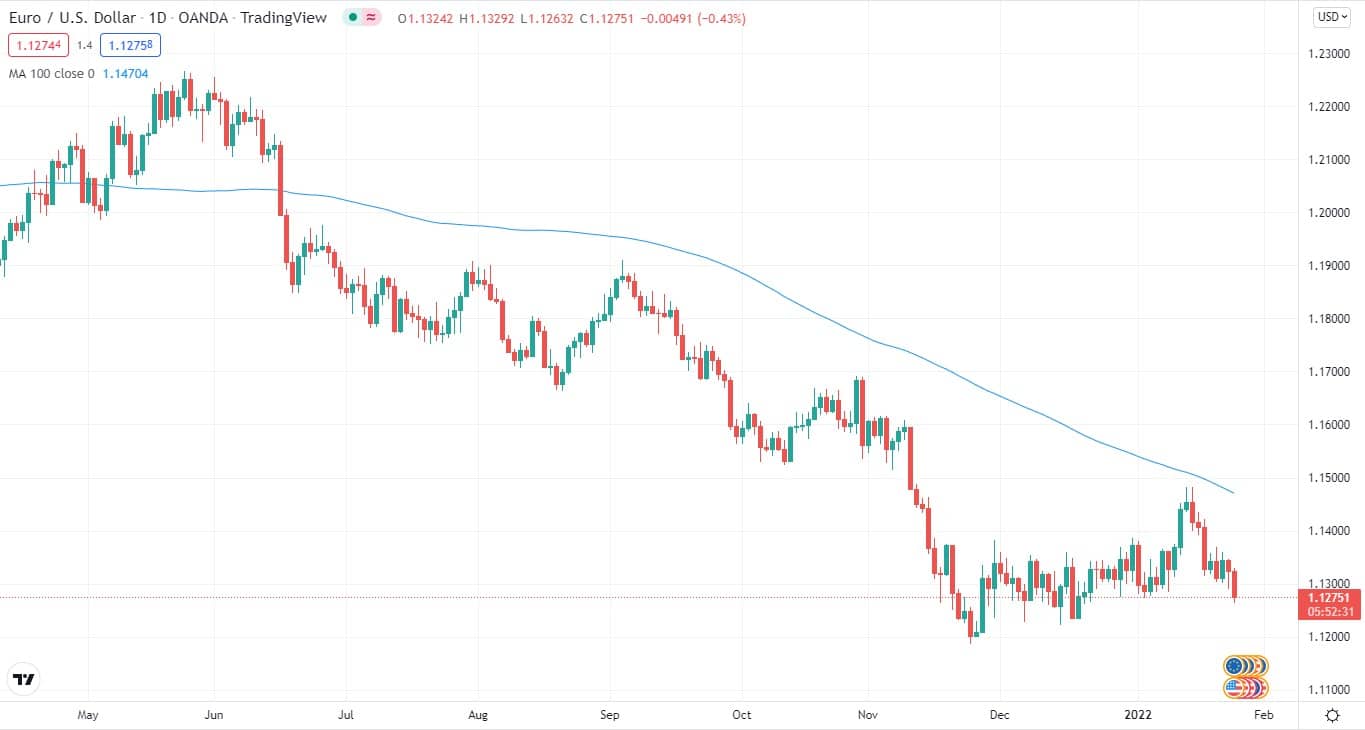 Another method is to use two moving averages on a chart, one longer and one shorter. When the shorter-term MA crosses above the longer-term MA, it suggests that the trend is turning upward. This is referred to as a golden cross.

Meanwhile, it is a sell signal when the shorter-term MA crosses below the longer-term MA, indicating that the trend reverses. This is referred to as a death cross. 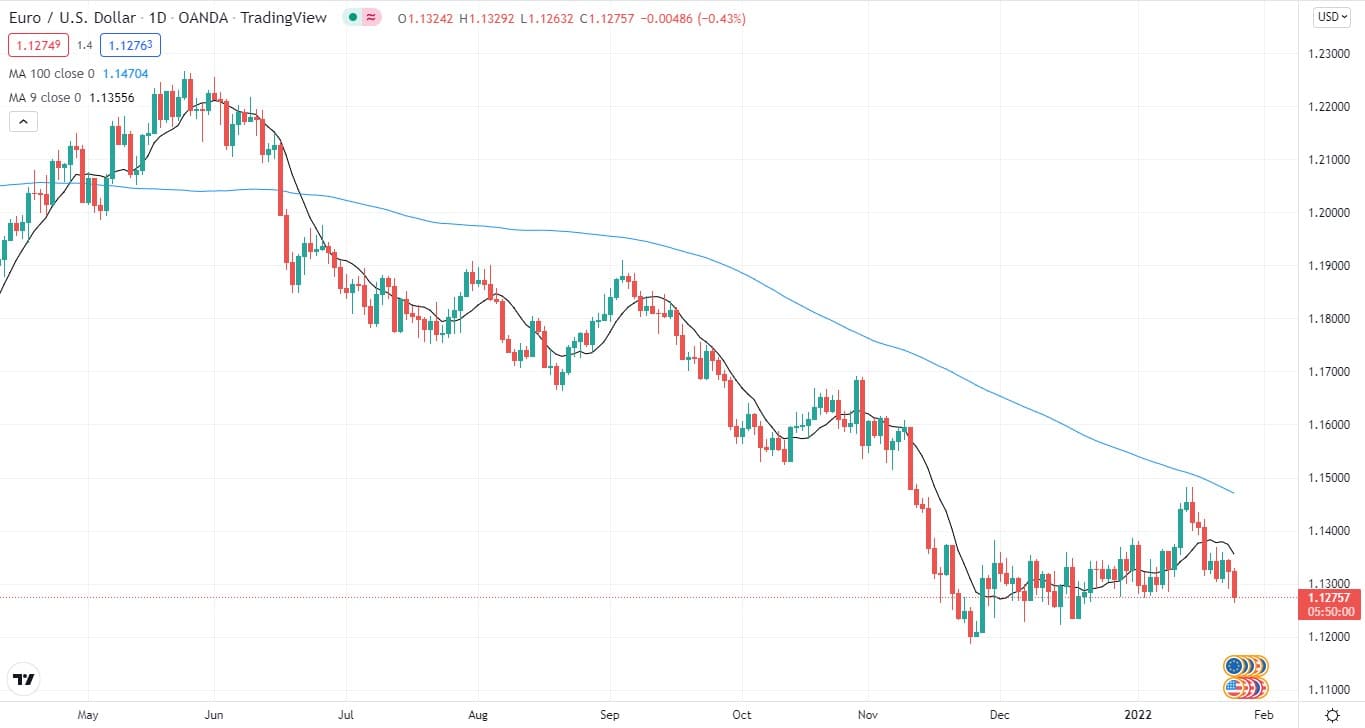 As you can see here, we have two moving averages, one of 100-period and one of the 9-period.

The EUR/USD trend pushes in both directions, carrying the price from one level to the next in a positive feedback loop that may develop significant momentum.

However, when the supply/demand balance alters, this quick movement tends to fade out, trapping latecomers in positions that will be set for losses when the currency pair reverses and travels in the opposite direction. 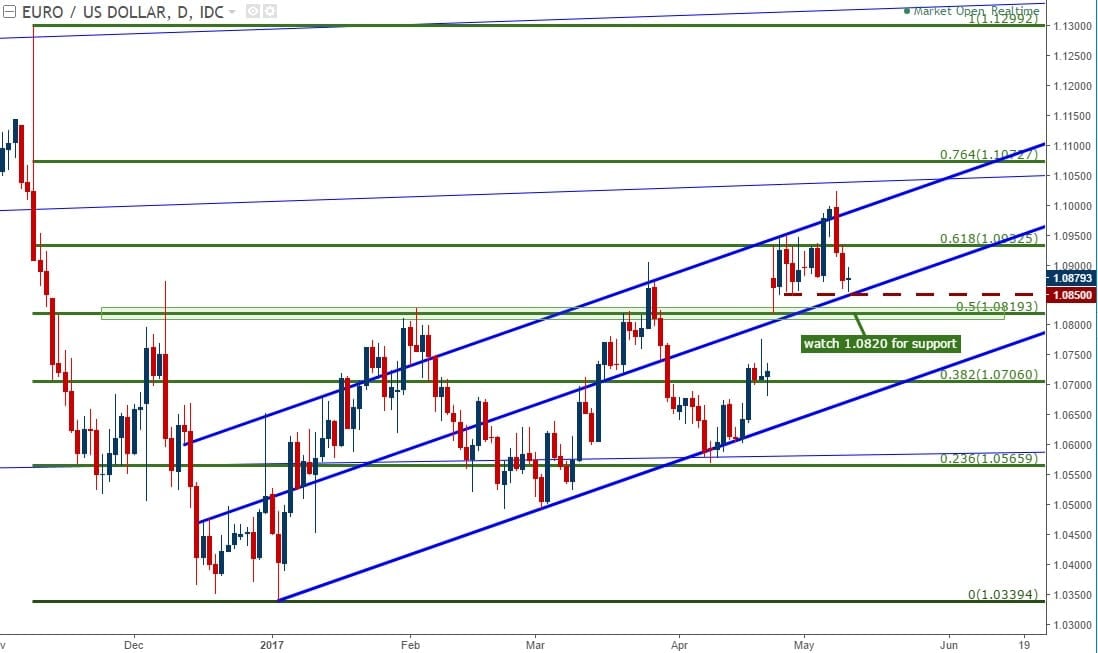 The pullback method capitalizes on this countertrend movement by finding important support or resistance levels to stop the price swing and reestablish the initial trend.

A breakout is any price movement outside a predefined support or resistance zone. For example, the breakout might occur at a horizontal or diagonal level depending on the price action pattern.

When the EUR/USD trades over the price barrier, volatility rises, and prices normally move in the breakout direction. 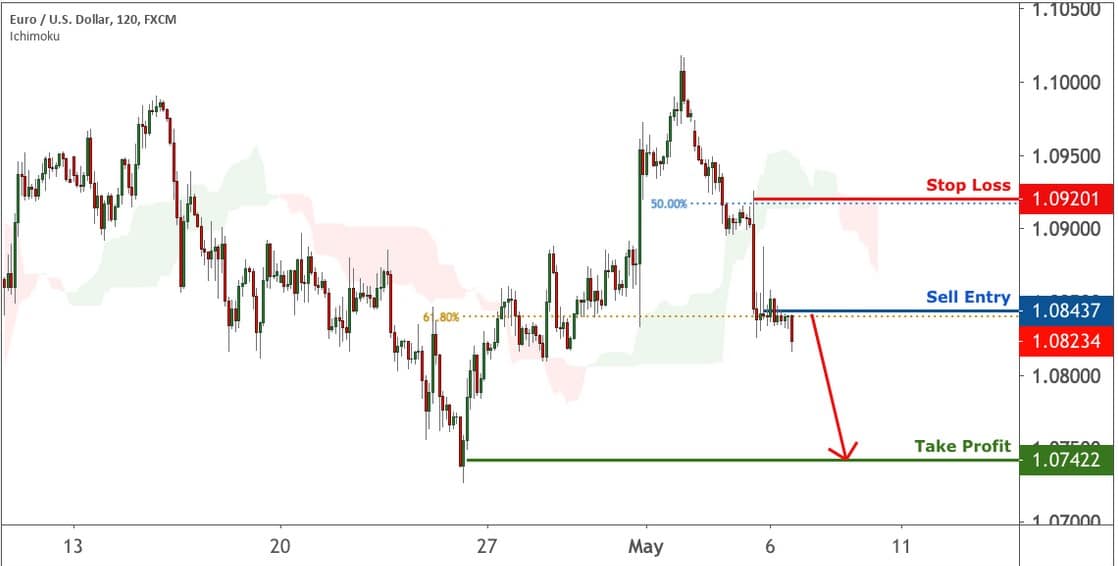 Breakouts are a crucial trading method because they serve as the beginning point for future volatility rises, big price swings, and, in many cases, substantial price trends.

Bollinger bands are made up of upper, middle, and lower lines. The centerline is a moving average. You can change the settings based on your trading methods.

Bollinger bands can assist in determining how strongly the EUR/USD is increasing (uptrend) and when the EUR/USD may be losing strength or reversing. 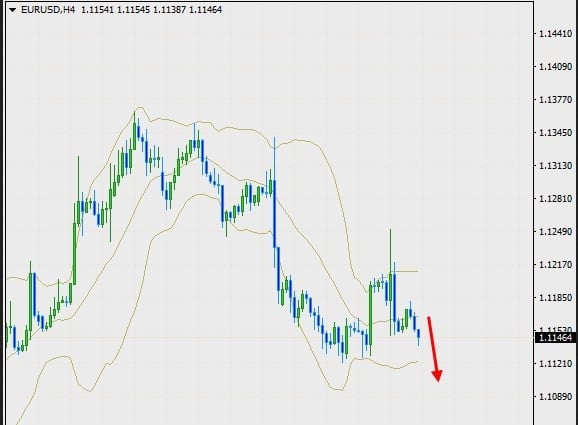 Every trader has a different style. Here we’ll talk about some of the trading styles you can use with EUR/USD.

Forex scalping is a trading method that takes advantage of minor day-to-day swings in the EUR/USD. A day of scalping can add up to a little profit by placing quick trades and closing them within a few minutes.

Scalping can be most successful during extreme volatility and large market swings. For example, the ECB publishes important statistics like budgets or employment figures.

As EUR/USD has the largest volume, scalping works best with the fiber.

Day trading is a popular type of trading in which you buy and sell EUR/USD on a single trading day to profit from modest price swings.

Day trading is a type of short-term trading, but unlike scalping, you normally only take one trade each day and close it at the end of the day.

Day traders tend to set aside money at the beginning of the day, concentrate on their trading plan, and end with a profit or a loss.

Day trading is suitable for forex traders who have enough time during the day to analyze, execute, and oversee a trade.

Swing trading does not need constant chart monitoring to perform intraday trades throughout the day. Instead, you plan for trades that will take more than a day (or maybe weeks) to complete.

It is a short-term (intra-day) and long-term trading method (position-trading).

Swing trading and long-term trading strategies are not the same. Nevertheless, institutional investors frequently employ it, who typically hold EUR/USD for a long period.

So, there you have it!

Now you know everything about EUR/USD. If you are looking to trade the most liquid forex pair, remember the factors that affect it.

Also, you can try different trading styles like scalping, day trading, and swing trading. EUR/USD is suitable for all types.

Most common questions asked by the forex traders about EURUSD :

How to find the EURUSD support and resistance?

Support and Resistance is the horizontal level where price reversals or breakouts occur. This is the best EURUSD technical analysis working for more years.

yes, you can also follow the auto trading signals from social trading platforms.

What are the best EURUSD Forex Signal Services?

Who are the EURUSD Free Forex Signals Provider?

The Successful trader provides signals with proper entry price, stop loss and take profit with good trade opportunity chart analysis and the clear trade ideas behind it. Forex GDP helps you to get free forex signal.

What is 12 EUROS to Dollars today?

Watch the trend of EURUSD, draw the support resistance level, trend line, use the Fibonacci tool to find the good trade opportunity in the EURUSD trend.

Is EURUSD tradingview is good or bad?

In trading view, doing your own analysis is good instead of following other traders EURUSD forecast who uses different strategies like Elliott wave analysis, price action. Watching Euro Dollar historical data charts from tradingview.com is helpful for looking the market in a long term view. 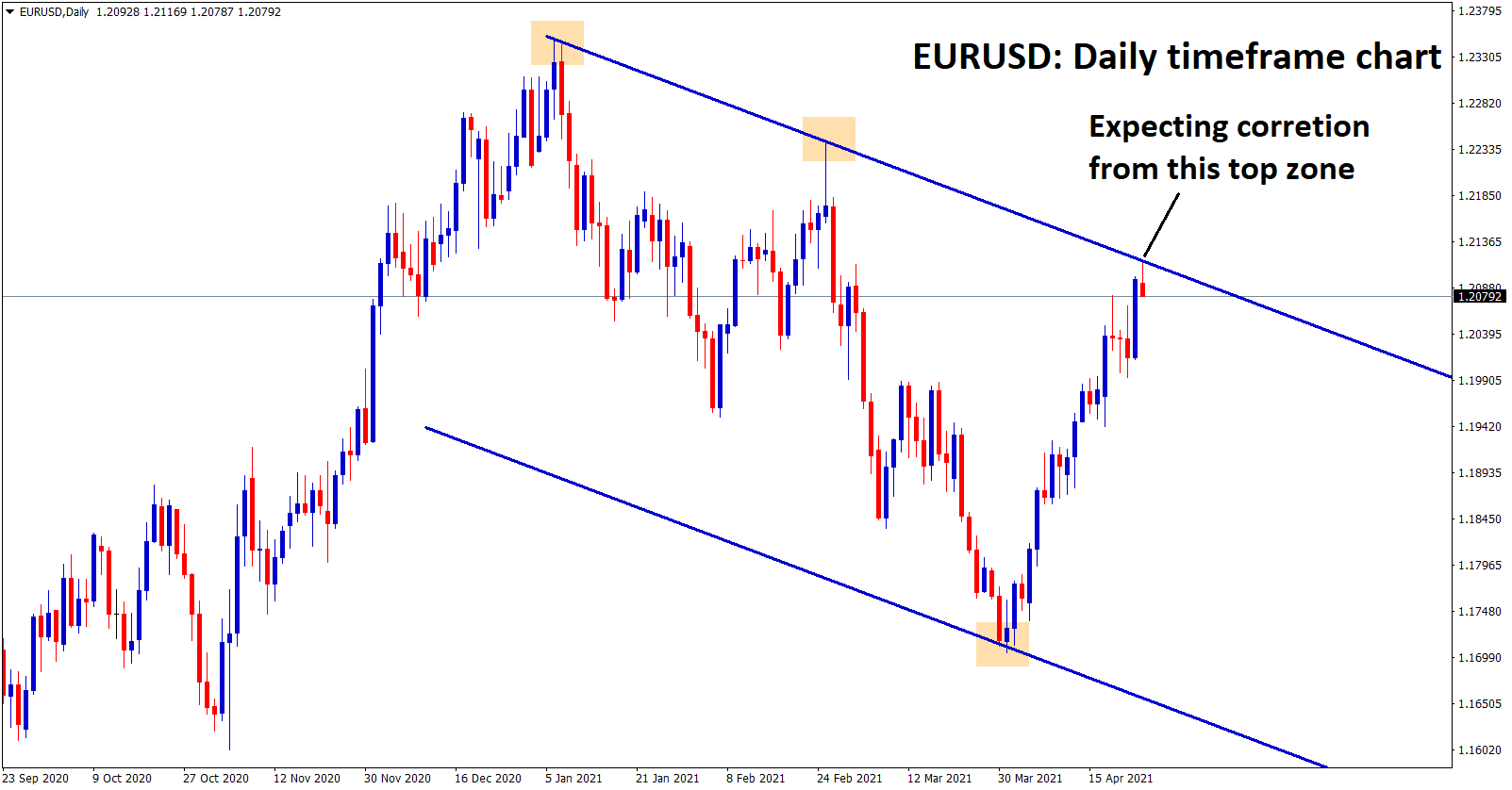 EURUSD is making a correction from this Top zone 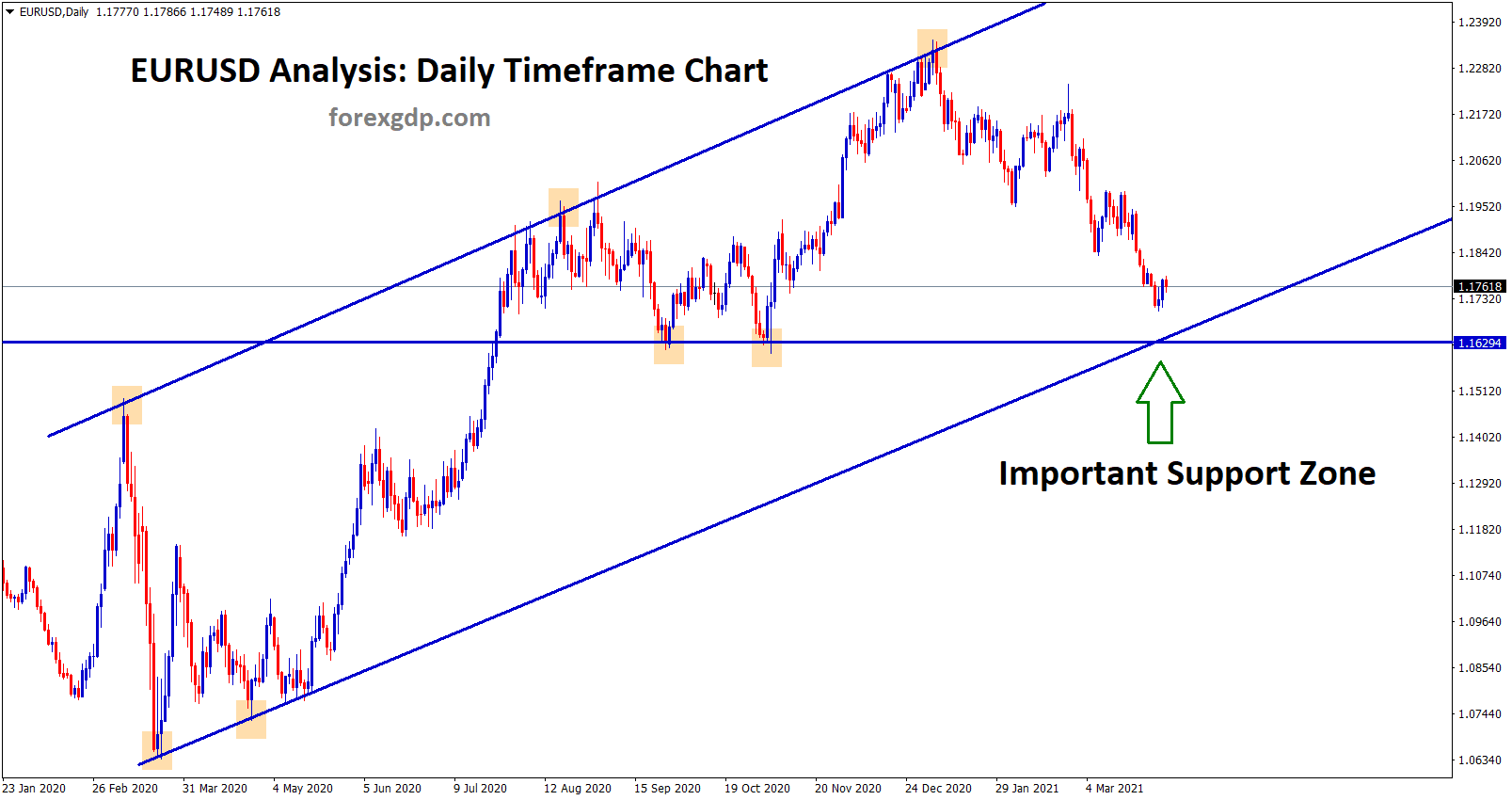 EURUSD is going to reach the important Support Zone

EURUSD Analysis EURUSD is going to reach the important support zone in the daily time frame chart. EURUSD is moving 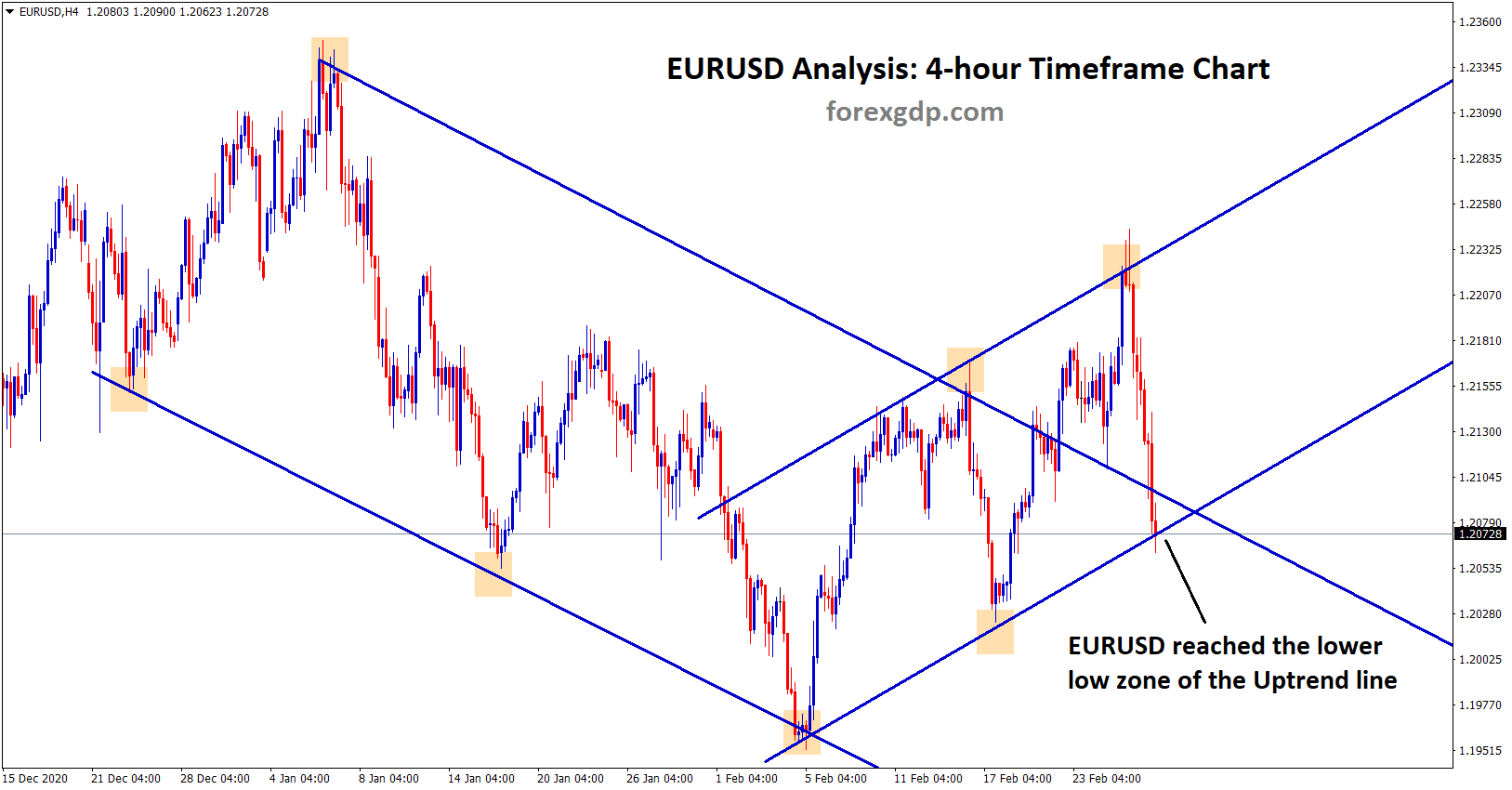 EURUSD and USDCHF Inverse Correlation Analysis EURUSD is standing at the bottom level (higher low) of the trendline. Opposite to 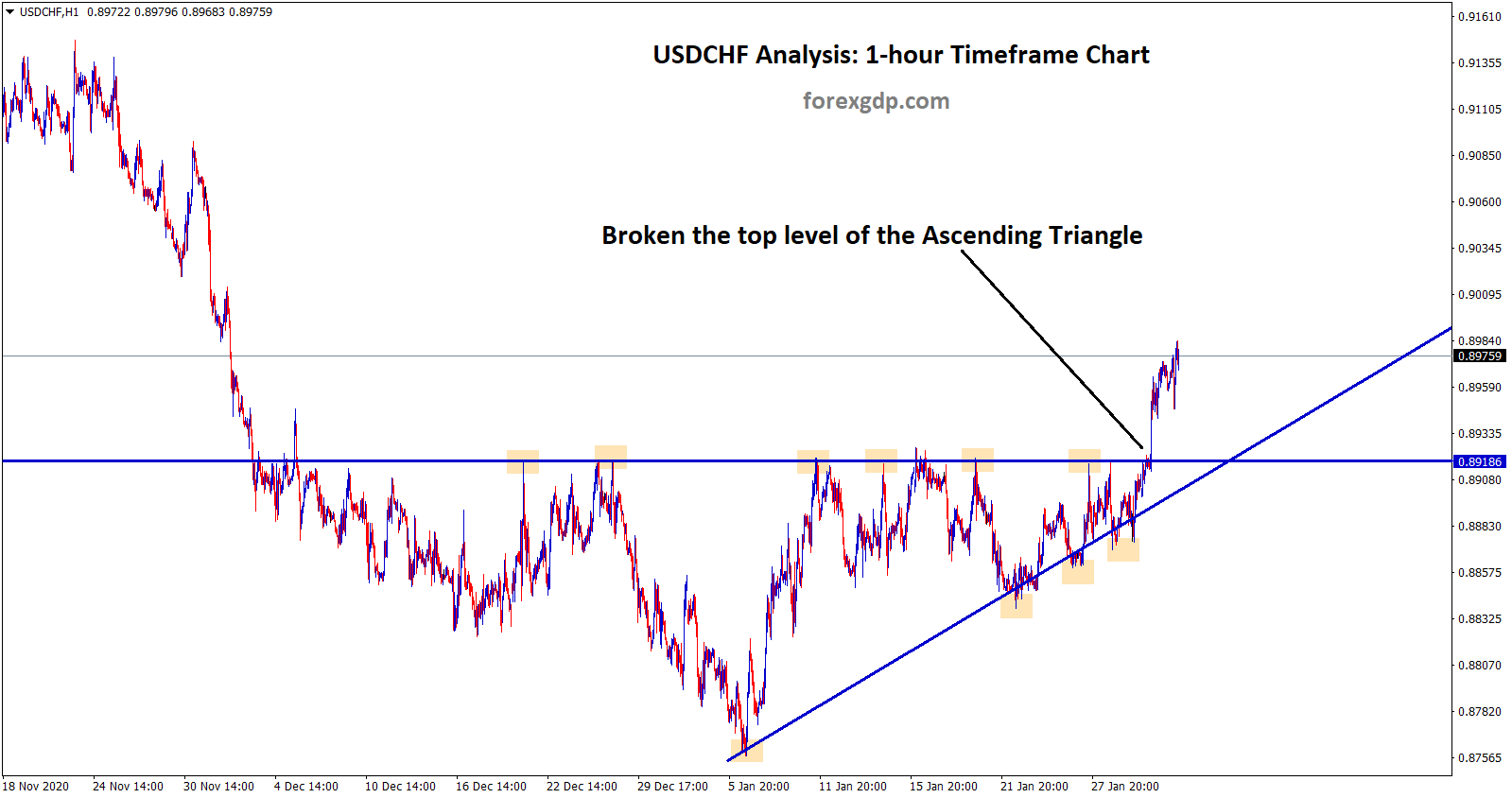 Triangle Patterns are broken in EURUSD and USDCHF

USDCHF Analysis On previous week, we recommend our users to wait for the breakout of this Ascending triangle pattern in