Probably, you know by now that forex is a big market. We’re talking about a giant compared to other markets. GBP/USD is one of the most traded pairs in this giant market.

Because it combines currencies of the world’s largest economy, the U.S., and major economy, Great Britain.

So, that’s why people are drawn towards it.

In this guide, we’ll present an overall picture of GBP/USD, so you can grasp what the pair is all about.

Let’s start our guide with the history lesson.

First, let’s discuss the British pound. The pound sterling comes from the Latin term Libra, which means “balance and weight.”

The Bank of England initially produced pound banknotes more than 300 years ago, and the notes have gone through several changes since then. The pound coin first debuted in 1489, during Henry VII’s reign. 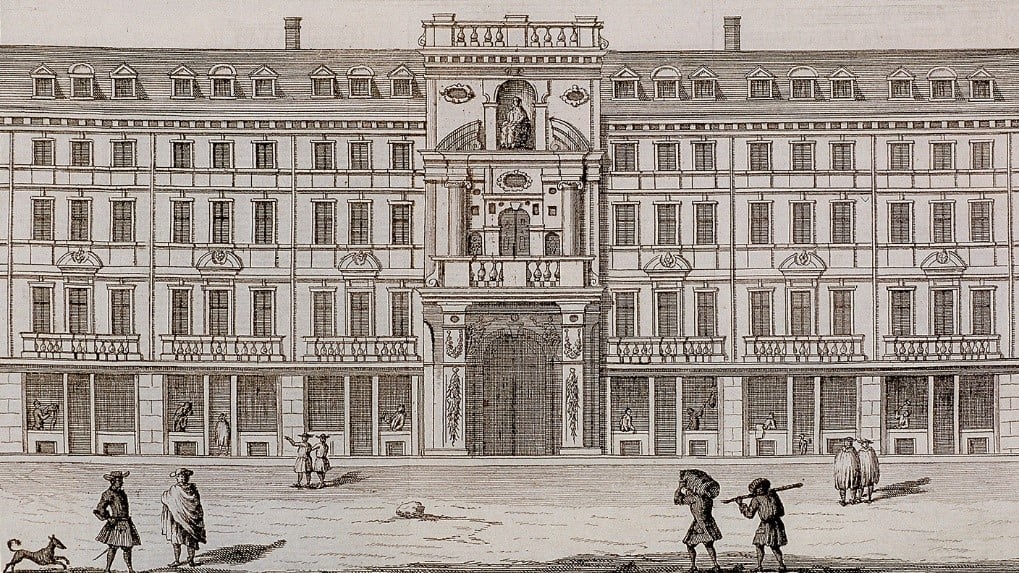 Pound notes were circulated in England in 1694, shortly after the Bank of England was established, and the notes were originally handwritten.

The history of the USD began with efforts by the Founding Fathers to develop a national currency based on the Spanish silver dollar.

The Coinage Act of 1792, passed by the new Congress, established the United States dollar as the country’s primary unit of currency. It embraced the gold standard in 1900 and eventually cut all ties to gold in 1971.

Did you know that GBPUSD has a slang name, “Cable?” It is one of the most frequently traded currency pairings on the forex market.

But what’s the backstory of the name?

The whole affair began in the nineteenth century. There were no fiber optics back then. Instead, messages were sent over actual wires between London and New York.

An underwater cable was used to transfer the GBP/USD exchange rate. This concept was presented in the 1840s and put into action in 1858. As a result, GBP/USD became known as the Cable.

Now that you know the history of both GBP and USD let’s find out their exchange rate history. 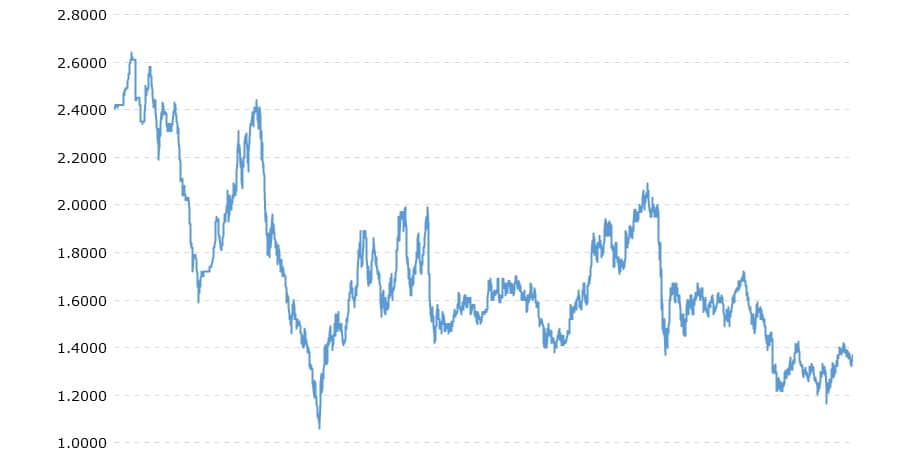 When Britain decided to exit the European Union in June 2016, the GBP/USD fell sharply. The GBP/USD pair plunged 10% in one trading session and over 20% in the month, leading to the Brexit vote. At writing, the pair is trading at a 1.33 level.

Why is the GBP rate stronger than USD?

There isn’t a single factor for this. Instead, what counts in terms of strength is how a currency’s value varies over time to other currencies.

For more than 30 years, one U.S. dollar has been worth less than one British pound. This pattern reflects deteriorating economic conditions in the United Kingdom, mostly due to Brexit, paired with a rising U.S. economy.

How to trade GBPUSD?

To trade GBP/USD, you need to open an account with the broker, deposit funds, and pick GBP/USD as your pair.

If the current quote of GBP/USD is 1.3300 indicates that one GBP is worth 1.33 dollars. We know forex pairs comprise base and quote currencies. So, here, the base currency is GBP, and the quote currency is USD.

Let’s say the market doesn’t go in your favor and starts declining, and the rate becomes 1.3350. In this case, you lost 50 pips.

There are a lot of factors that can affect the Cable. Knowing them will help you understand the pair better and make your trading positions accordingly.

The central bank of a country uses monetary policy to govern money in the economy. The primary goal of monetary policy, notably comments and interest rate decisions issued by the Bank of England BOE and the U.S. Federal Reserve, is to stabilize the economy.

The monetary policy committee, or MPC, makes significant interest rate decisions in England. In the United States, the Federal Reserve is in charge of such policies. As a result, these announcements are among the most volatile market events for the GBP/USD pair.

Many people use the term “inflation” without fully realizing what it signifies. However, one of the greatest causes for the pound’s decline against the USD is inflation. 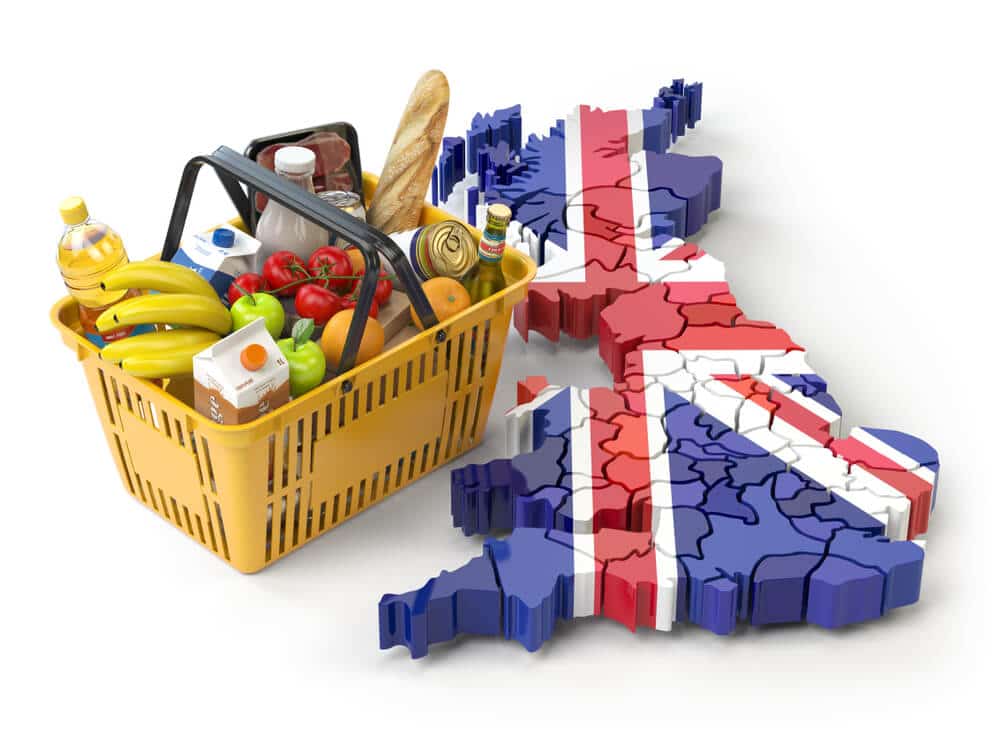 Inflation raises the price of products and services over time, reducing the number of goods and services you can purchase with a currency in the future vs. now.

The rate of inflation in the United Kingdom and the United States may significantly influence the value of respective currencies.

GBPUSD traders should watch both the U.S. and U.K. unemployment rates. In addition, employment statistics are a very important economic report following a BOE or FED rate decision. 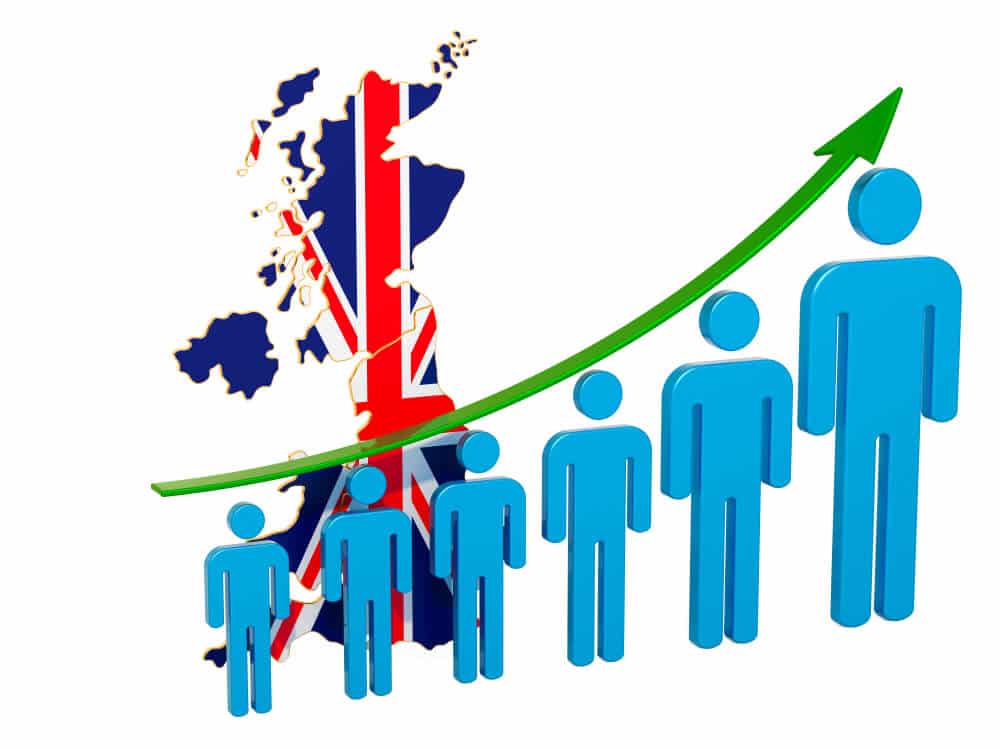 The NFP report, or Nonfarm Payrolls report for the United States, contains the most generally followed employment numbers.

Any large and unexpected variation from expert predictions can cause values in the GBP USD pair to rise or fall in the blink of an eye.

A currency’s value is impacted by factors other than interest rates and inflation. As a result, even the most knowledgeable financial professionals can be caught off guard regarding political influence on a currency.

Like elections, Brexit, the US-China trade war, and others, many events influence the GBP/USD exchange rate.

Brexit has been one of the primary variables driving exchange rate volatility and the pound’s value against the U.S. dollar during the previous five years.

The impact of Brexit was notably visible immediately following the vote outcome, with sterling seeing its greatest single-day drop in 30 years.

Before the 2008 Great Recession, the GBP/USD was closely connected with the Australian and New Zealand dollars, as investors acquired these high-yielding currencies. 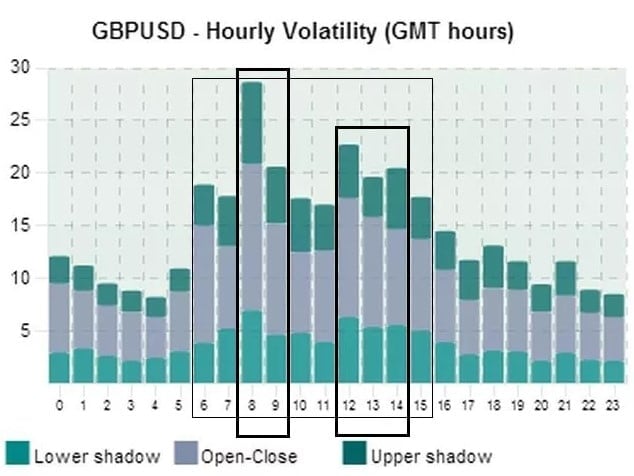 This will increase efficiency. You’ll see the largest changes of the day during these times, which implies more profit potential, and broker’s spread and commissions will have the least influence on prospective profit.

In addition, both London and New York are open during these times. Because there is a lot of volume coming in from two large markets, spreads are usually the tightest at this time.

When it comes to trading the GBPUSD, you can apply tons of strategies. Here are a few of them:

Trend trading is a strategy in which traders wait for a clear trend to form before taking a position. This is a trend when the price travels in one broad direction, such as up or down.

Trend traders take a long position when a pair is rising. An upswing is defined by higher swing lows and higher swing highs.

Similarly, trend traders may choose to initiate a short position when a currency pair falls in value. A downtrend is defined by lower swing lows and lower swing highs.

You must study price movement and other technical indicators to determine trend direction and when it may be reversing. 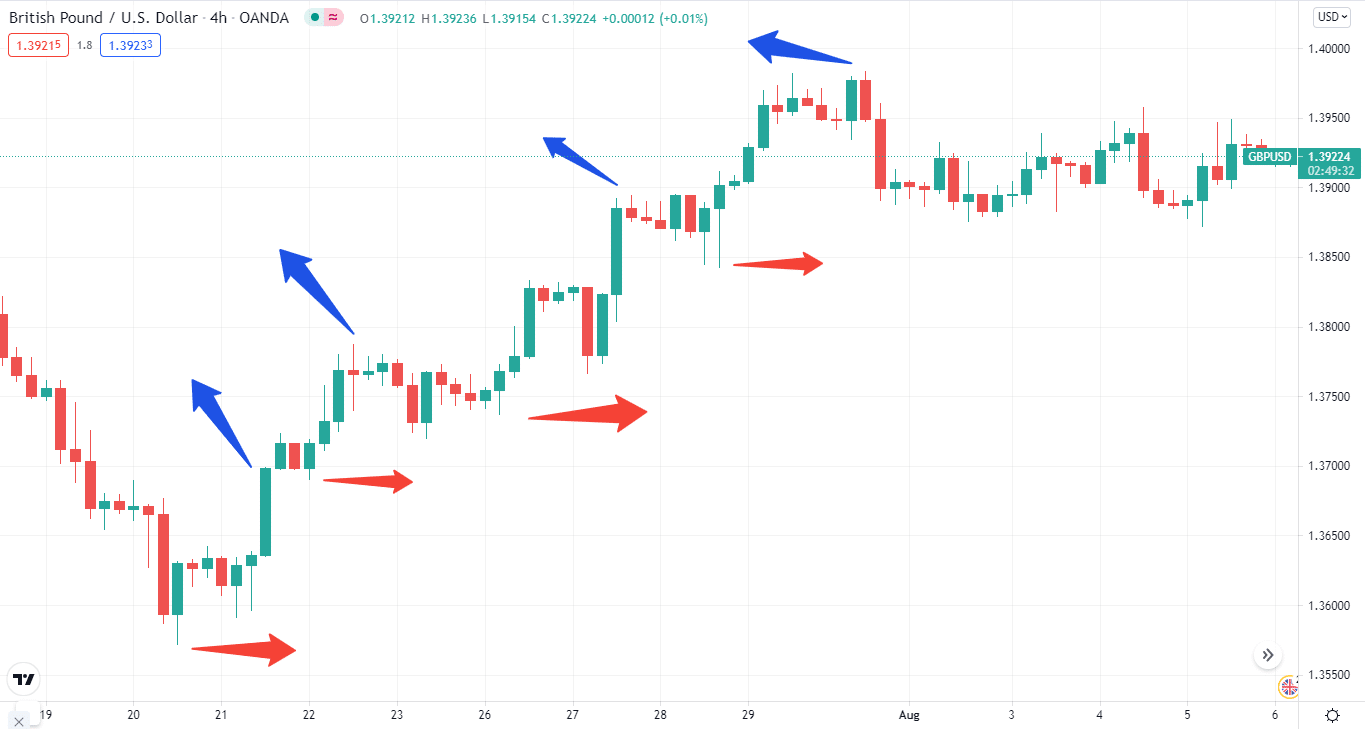 For an uptrend to occur, the price must rise above previous highs, and when the price falls, it must remain above the swing lows that preceded it. This shows that the main trend is upward despite price swings up and down.

The same concept applies to downtrends, with traders watching to see if the price makes lower lows and lower highs overall.

A pullback is price movement that occurs when a moving market retraces a portion of its gains before continuing in the same direction.

A pullback is not the same as a reversal, a more lasting move against the existing trend. You must assess if the price decline represents a pullback or a complete trend reversal.

Prices can break out when they climb above resistance levels, which is known as a bullish breakout. They can also appear when prices fall below support levels, referred to as a bearish breakout.

Breakout trading is an important strategy since breakouts typically herald the start of increased market volatility. We may take advantage of volatility by waiting for a price level to break and then joining a new trend as it begins. 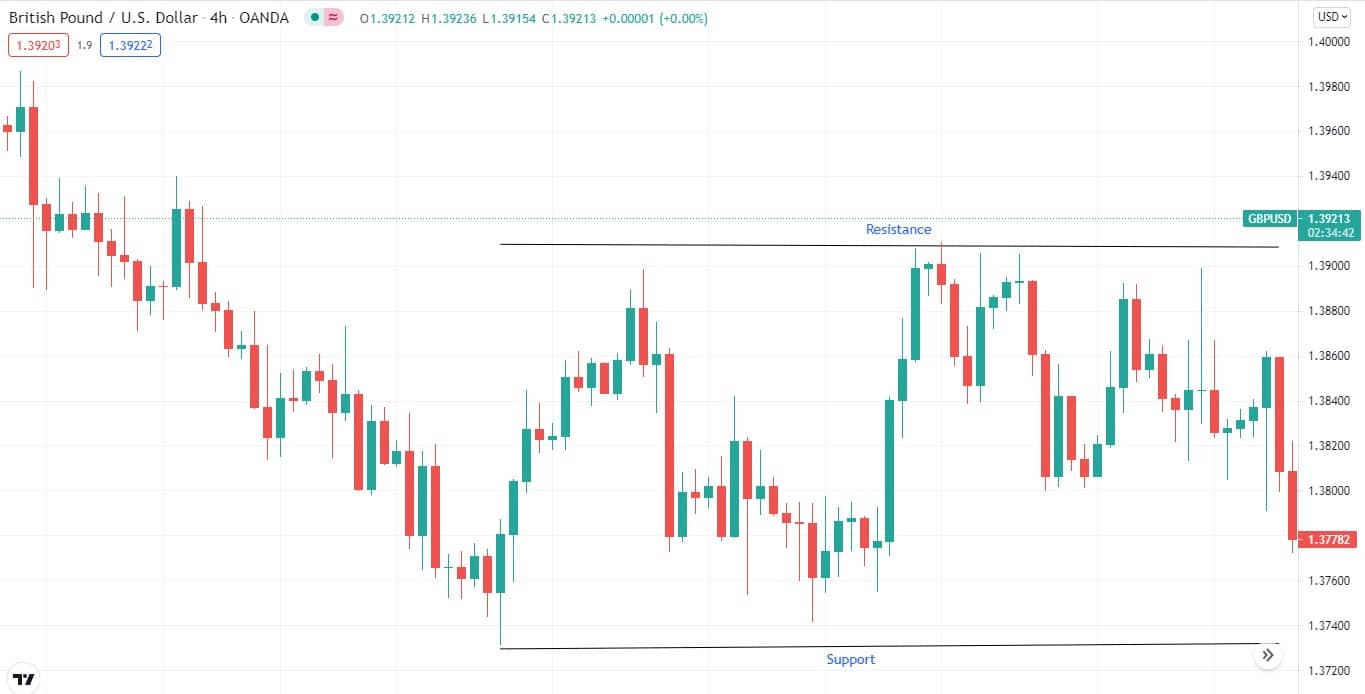 Breakout trades include entering the market just as the price makes a breakout and then riding the trade until volatility decreases.

Day trading is a common style of trading in which you buy and sell a currency pair in a single trading day to profit from price fluctuations.

Day trading is a sort of short-term trading, but unlike scalping, you typically only open one deal each day and close it at the end of the day.

Day traders often set aside money at the start of the day, focus on their trading strategy, and conclude with a profit or loss.

You’ve undoubtedly heard the phrase “scalping.” if you’re new to F.X. trading. Scalping in the forex market is exchanging currencies based on various real-time indicators.

Scalping is the practice of profiting by purchasing or selling currencies for a short period and then closing the position for a little profit.

Its name is derived from the method through which it achieves its objectives. For example, a trader seeks to “scalp” a big number of little gains from a large number of trades over time.

Many position traders look for solutions that eliminate all of the risks.

Because they aim to remain here for the long term.

Position trading is the most time-consuming sort of trading. Position traders hold positions for months or even years at a time. Then, they enter the trades and then forget it (not literally).

Rather than scalping for a few pips, the goal is to remain calm and wait for larger profits. This is a type of trade that is identical to investing.

So, now you know everything about GBP/USD.

If you are looking to trade the pair, you must understand the abovementioned factors. In addition, the Cable is one of the most traded pairs, so any news from both sides of the pond can impact the pair.

Most common questions asked by the forex traders about GBPUSD :

What GBPUSD news now has more impact on the market price?

GBP/USD currency is impacted by the news like Brexit, Bank of England BOE announcements, etc.

Is the GBP/USD trading is suitable for all investors?

Yes, it is suitable for all types of investors due to it’s good price volatility and movement every year.

The common Currency “USD” causes the correlation between Euro and pound to move in the same direction. but the internal economic impacts drive the euro and pound sterling differently.

Is there GBPUSD negative correlation pair?

Yes, a few pairs like USDCHF, USDJPY has a negative correlation with GBPUSD price movement.

What is the GBPUSD lot size for 1 standard lot?

Is the Pivot point levels work well on GBPUSD?

UK session in the forex market is the best time to trade the GBPUSD currency pair.

Who are the best GBPUSD forex signal provider?

GBPUSD hits the Major Resistance level after 3 months. In another Uptrend view, From the last 2 weeks, GBPUSD is 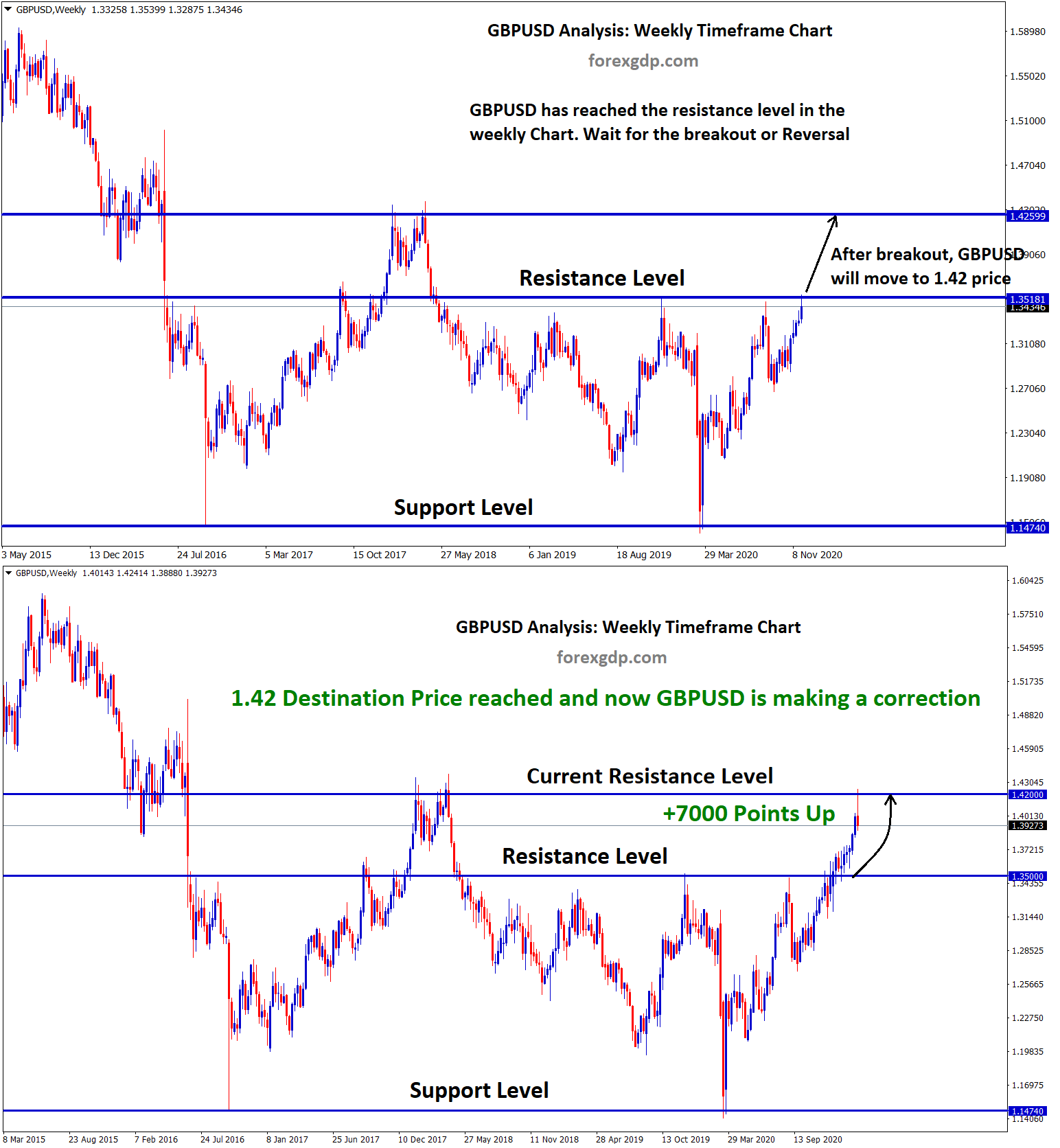 GBPUSD hits the destination resistance 1.42 after the breakout of 1.35 price

GBPUSD Resistance Analysis As per our previous GBPUSD analysis (click here to see), GBPUSD has broken the strong resistance level 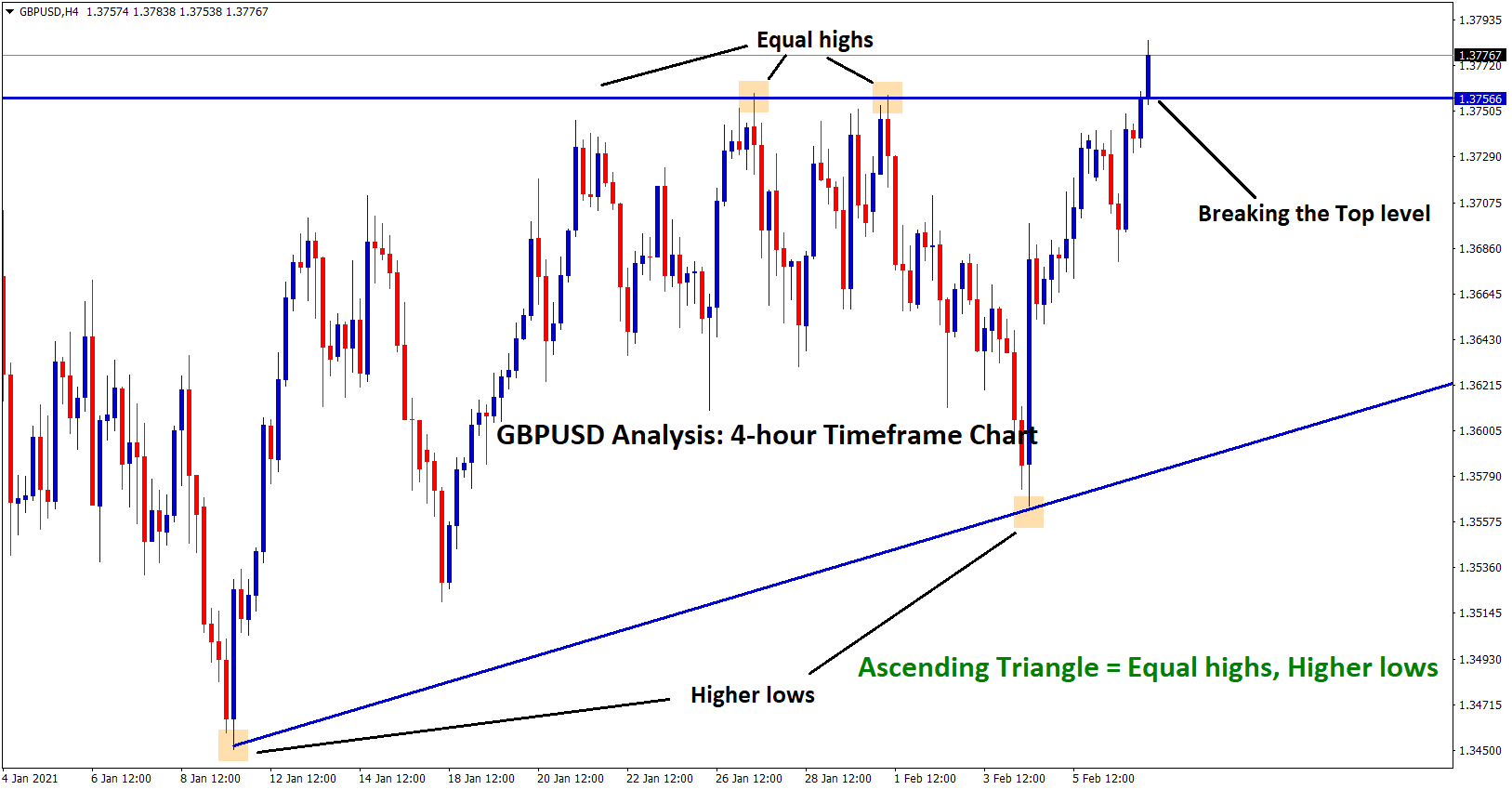 GBPUSD is breaking the top of the Ascending Triangle

GBPUSD Analysis Ascending Triangle pattern is formed in GBPUSD by creating Equal highs and higher lows. GBPUSD is breaking the