Although the presentation of the dollar is not needed, it would be inconsiderate not to do so. The US dollar, abbreviated as USD, is the most actively traded currency in the world. It is the most widely used currency and is frequently used as a reference currency for all monetary evaluations. The Federal Reserve Bank, or “Feds,” as they are more often known, issues this money. 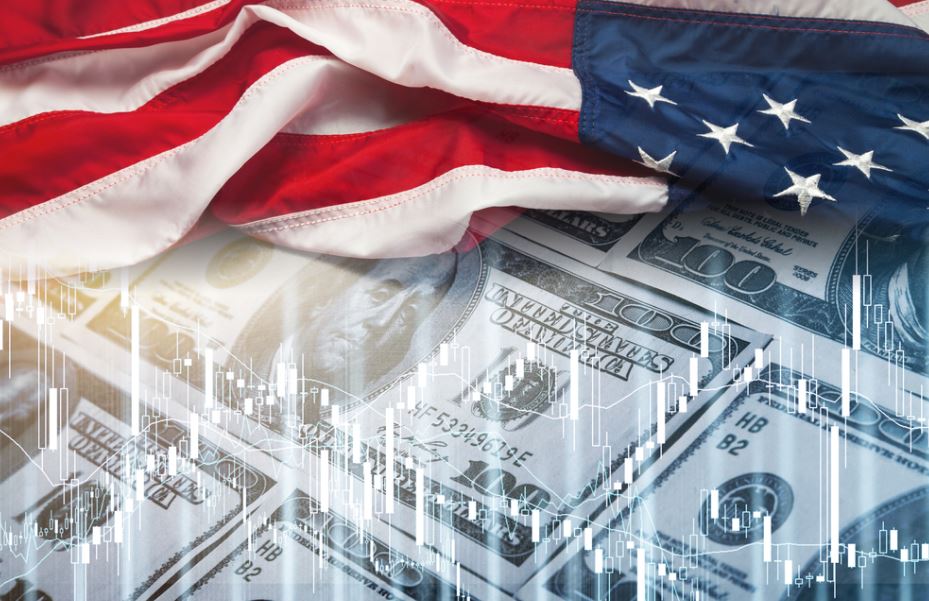 The first paper dollar was made in 1862 after they ran out of coinage to pay for the Civil War. The USD is now extensively recognized as a form of payment in many financial markets worldwide. In order to better relations with this big powerhouse, several nations have changed their currencies to become dollars as well. New Zealand, Canada, and Australia are among these countries. Because the US dollar is the most commonly used currency in the world, it is affected by any big economic event that occurs anywhere around the globe.

Why Trade The USD Index

There has to be a reason why the USD index is so popular among traders. We did some research and have come up with some of the top reasons why you should trade the USD index:

The USD market is one of the most liquid markets in the industry. The daily trading volumes for this popular asset signifies just how popular it is among traders worldwide. It is due to these extremely high trading volumes that the USD Index experiences some of the lowest spreads and highest liquidity. Explaining this further, a high daily trading volume means that there are a lot of people trading the dollar on a daily basis. And because a lot of people are trading dollars on a daily basis, it is much easier to trade this asset as there are a lot of people ready to buy it. Markets in such conditions are considered liquid. A high liquidity asset is usually preferred among traders as you have a better chance of earning profit due to constant movement and trades in the market.

One of the many ways a trader first gets into trading this valuable asset is by using it as a safe haven asset. What this means is they usually shift to trading the dollar when other currencies are facing volatile market conditions. Oftentimes in a year, certain events cause most forex pairs to become volatile. This makes it very risky and close to impossible to earn profit while trading in those market conditions. Due to this reason, traders usually shift to the USD Index as it often experiences great upward trends while others are in turmoil. The USD is often found at some of the highest market values when other currency pairs are struggling to stay afloat. Due to these reasons, it is known as a safe haven asset.

Trend trading is the use of market movement patterns to determine when to place an order. Trends are easily noticeable, especially when looking over longer durations. The most typical patterns to watch for are when the market moves steadily higher or even downwards. An upward trend may be observed when the highs are rising and the lows are rising as well. Similarly, a downward trend may be observed when the highs are falling and the lows are falling as well. As a result, you may spot trend patterns in the USD Index and hence do trend trading in this manner.

Pullback trading occurs when the market temporarily deviates from its trend, allowing you to enter the market at a low cost. When trading a pullback, you must first determine when the market will pull back. If the USD Index is in an uptrend and momentarily breaks and falls a little, you have a chance to join the market at a reasonable price with a BUY transaction. Similarly, if the market is in a downtrend and temporarily breaks and climbs significantly, you have an opportunity to enter the market via a SELL trade at a decent price. As a result, this is a basic yet successful approach for the USD Index.

Since the USD Index is all about the USD, it has quite a lot of factors that could impact its trading conditions. This is because the USD is the most popular and most traded currency in the world. Here are the top factors impacting the USD Index:

Inflation and deflation play a massive role in determining the market value of the USD Index as well. 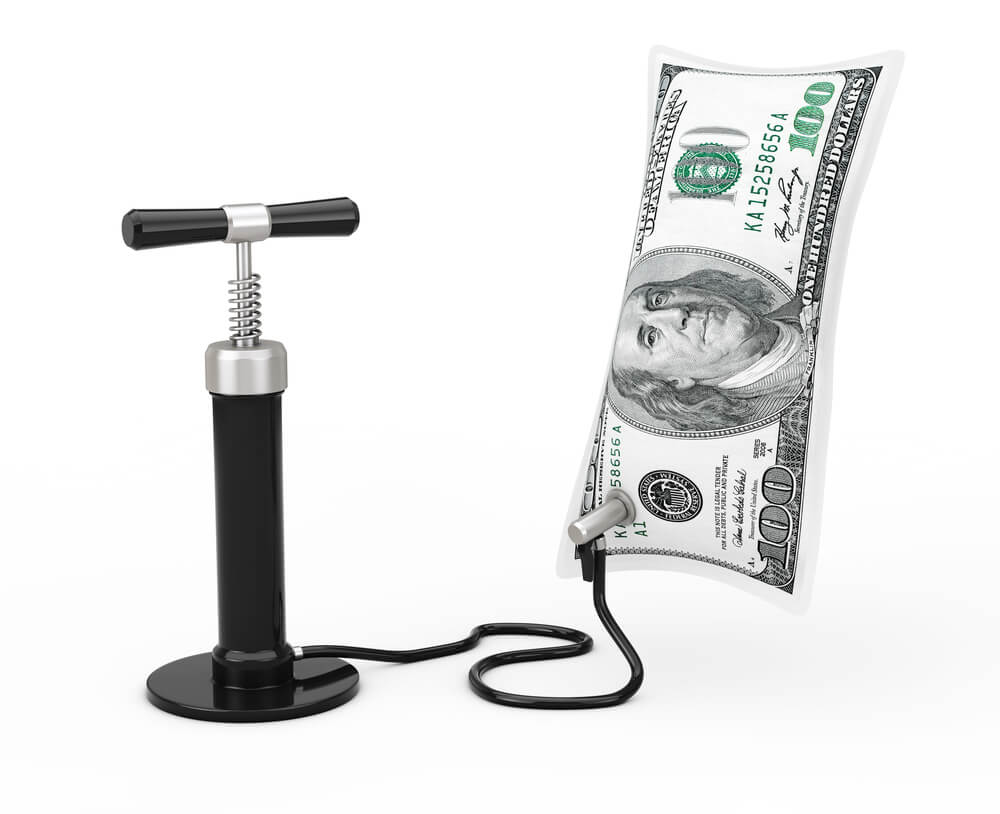 When inflation occurs, currencies such as the U.S. dollar lose their value and therefore their market rates start to drop. This causes the USD Index to drop in value as well. Similarly, if there was no inflation, the US economy would be thriving and the USD Index would be in bullish market conditions.

The United States is one of the world’s leading producers and exporters of airplanes and aviation parts. As a result, for their economy to develop and increase in value, they must rely heavily on the export of these items. Changing conditions in the airplane market, such as changes in demand or pricing, will have a direct impact on the USD Index. If the demand for airplanes grows, the United States will export them more often, resulting in an increase in the value of the USD Index. If the demand for these products declines, the United States will suffer since it will be unable to export them as much. As a result, the value of the USD Index would fall as well.

The United States is one of the world’s leading producers and exporters of boats, ships, and ship parts. As a result, its economy is heavily reliant on the export of these important goods in order to grow and see its worth improve over time. In the case of these items, any changes in the market, whether in terms of demand or price, will have a direct influence on the USD Index pair. If the demand for boats grows, the United States will export them more often, causing the value of the USD Index to increase in value. If the demand for boats declines, the United States will suffer since they will be unable to export as many boats, causing the value of the USD Index to drop.

The Gross Domestic Product, or GDP, shows the overall performance of a country’s economy. It is a major contributing factor to the movement of the USD Index. A positive GDP value would signify that the economy is thriving. This would in turn attract investors to invest in the country’s economy which would therefore increase the value of that country’s currency. 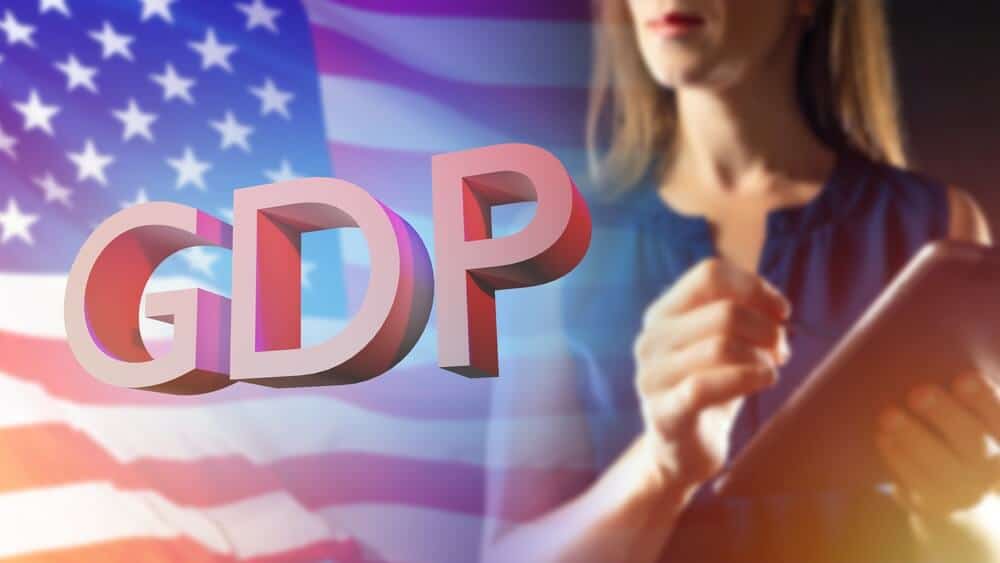 The United States is confronted with the possibility of a sell-off in the event that the economy of the United States weakens and consumption slows due to increasing unemployment, for example. In this scenario, the United States is faced with the possibility of a sell-off, which could take the form of returning the cash obtained from the sale of bonds or stocks in order to return to their local currency. The value of the dollar is weakened as a result of the activity of foreign investors who repurchase their country’s currency.

Unemployment is a huge contributing factor to a country’s economy. If a person is unemployed, it is a burden on the government’s end to provide basic necessities for them for survival. Therefore the more the number of unemployed people, the more burden it is on the government to use their reserves to provide for the unemployed people. The higher the unemployment rate in the United States, the poorer will be its economy. This in turn would cause USD Index to depreciate in value. Similarly, if the unemployment rate is low, the economy would be thriving and the value of the USD Index would also appreciate.

The US greatly depends on its tourism industry in order to thrive economically. They’ve recently been among the top destinations for tourists globally. This is mainly due to the great tour packages and other facilities that they offer. The more tourists that visit the US annually, the better the USD Index will perform. Similarly, if the US starts to face seasons of slow tourism, the USD Index will suffer as well. This can be seen during the COVID-19 pandemic when the US had to shut down its borders and businesses to prevent the spread of the virus. It caused havoc and the tourism industry greatly suffered which caused the USD Index to drop as well.