Gold XAUUSD has broken the top of the descending channel and the consolidation zone, now the market has reached the horizontal resistance area.

Gold prices are playing range-bound market this week as 1749 to 1770$ range due to non-Farm payrolls data displaying this week. 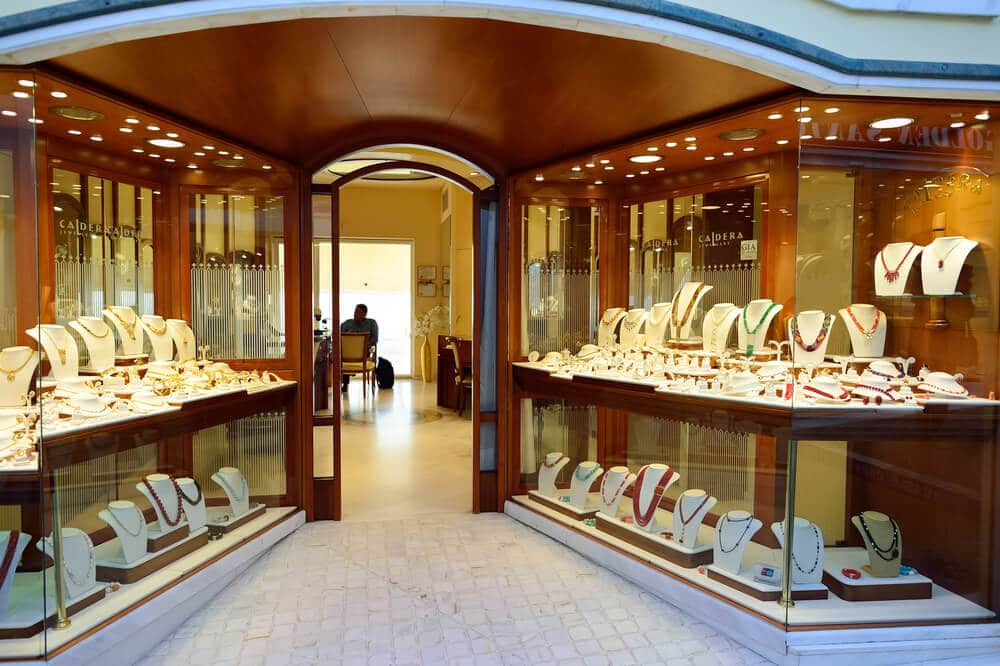 And Energy supply constraints in all parts of the Globe makes commodity prices increases other than Gold.

Covid-19 is now dimming, and the Energy crisis makes shining in the market.

Due to these scenarios, Gold prices remain dull, and Demand is less in the current situation.

USDCAD has broken the higher low level of uptrend line, however the market has reached the horizontal support and the lower low area of the descending channel.

USDCHF is still moving in an ascending channel range for a long time. 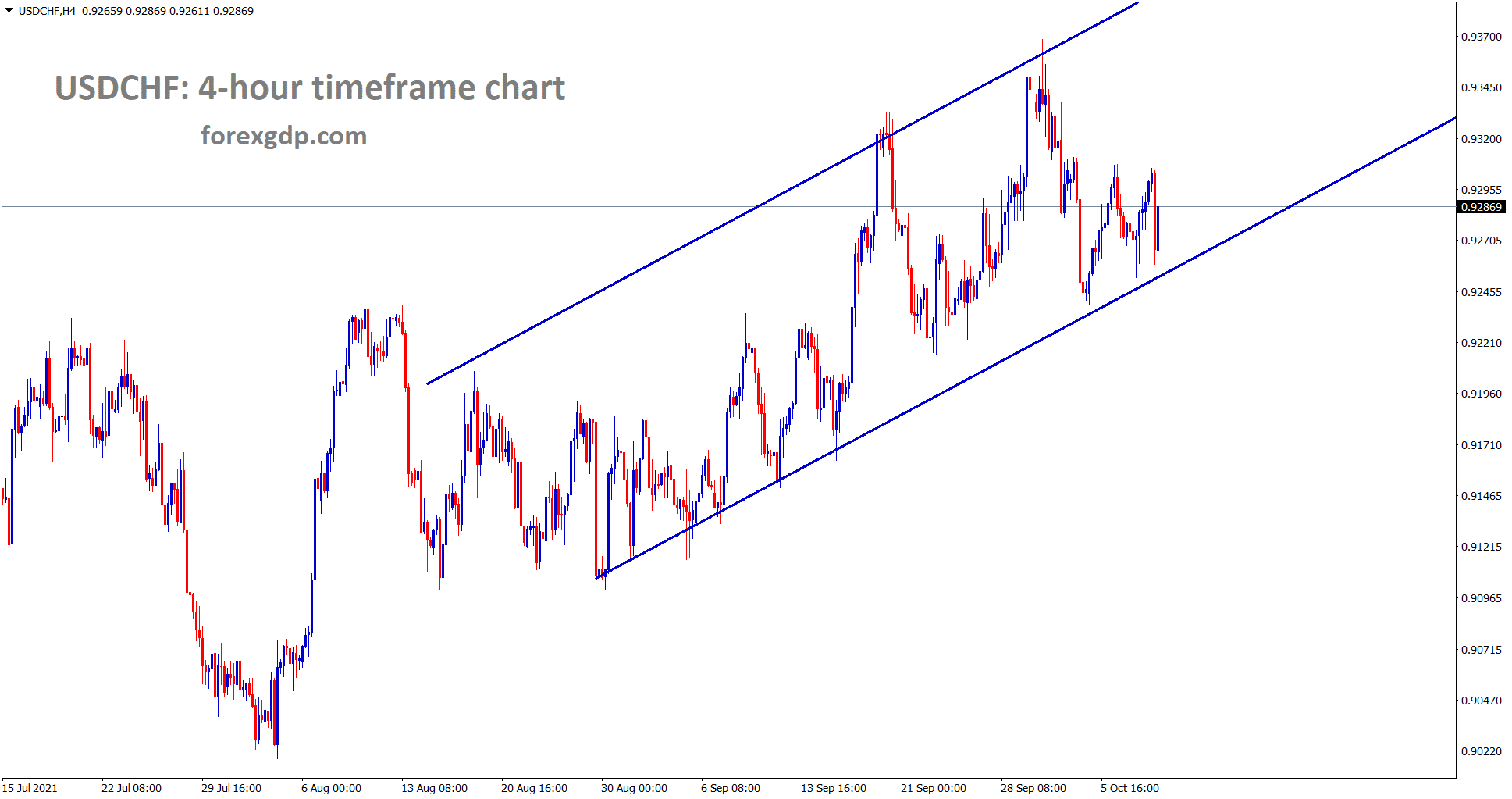 US Dollar index continuous higher to 94.300 level as Strong US Domestic data support and US Debt ceiling limit is extended to December month by Opposite Party in the US.

Senate voted for 50-48 is strong approval and now passed to House of representatives before Joe Biden to sign it.

And Now, Jobs data may come in positive numbers, and FED will do tapering by year-end otherwise, delay started if Job numbers are not satisfied. 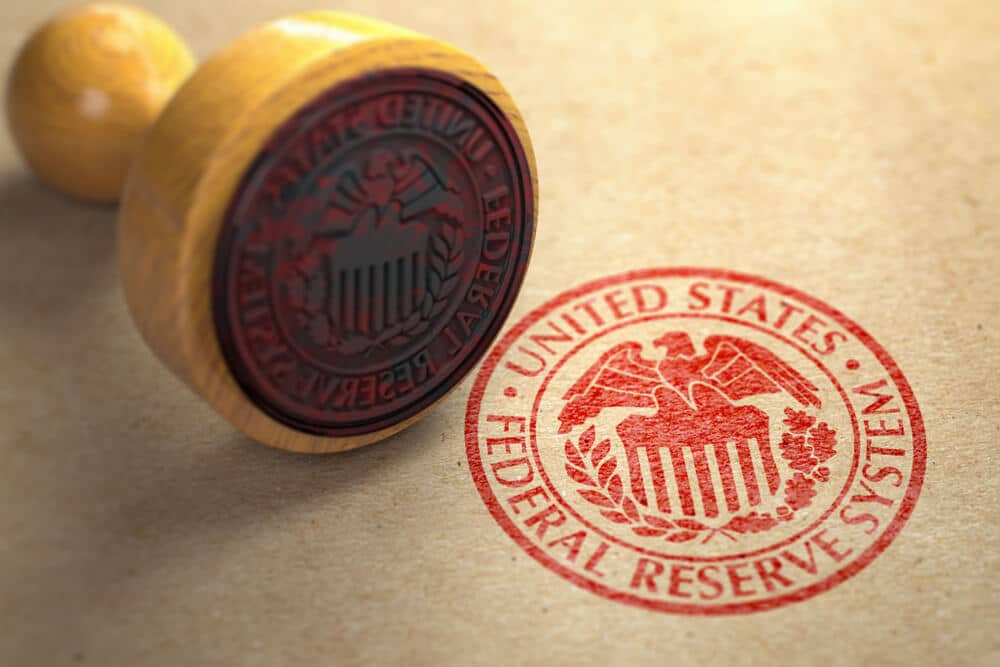 EURGBP is at the horizontal support area. 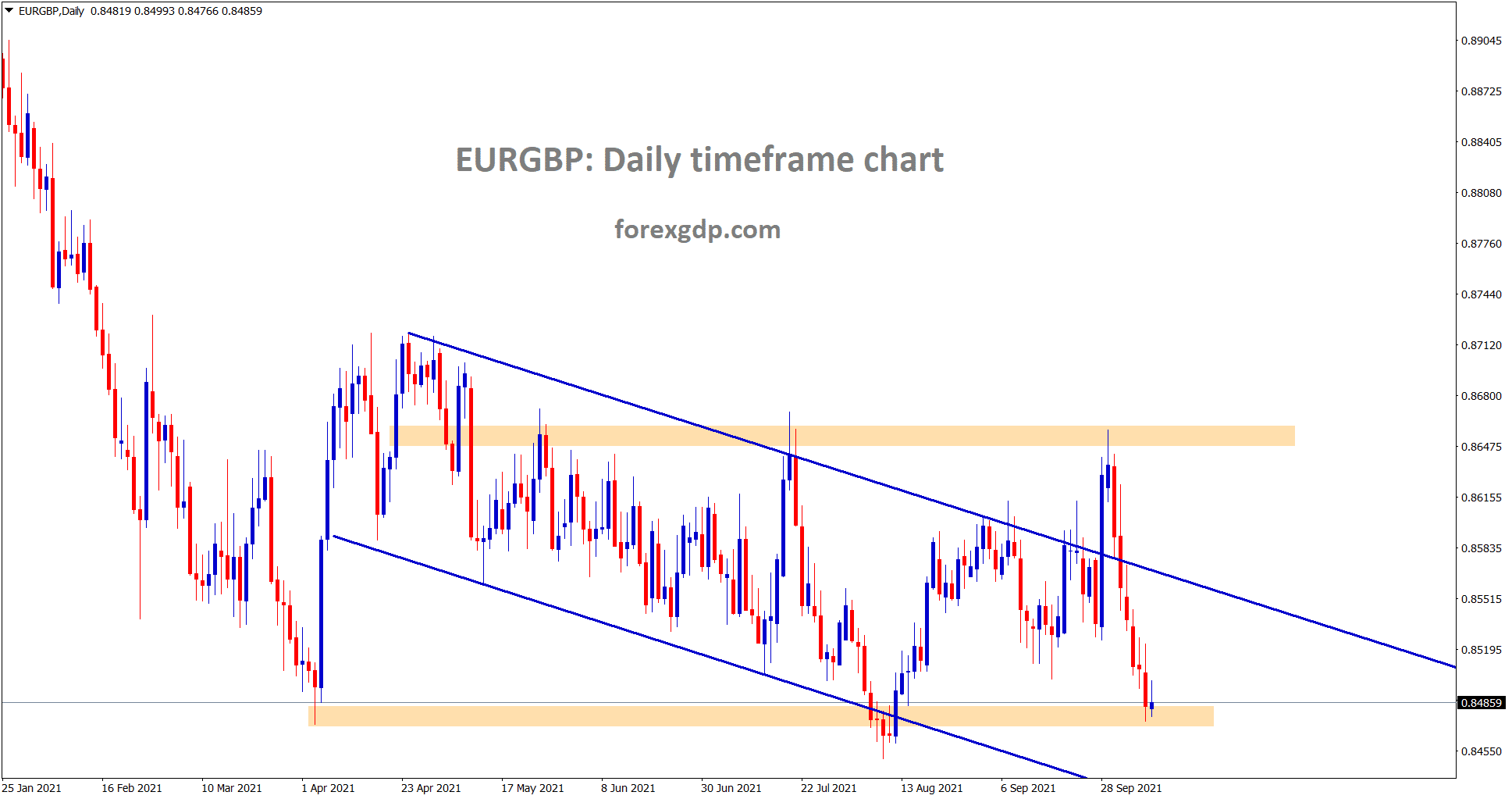 EURCHF is making a correction and consolidation at the support area. 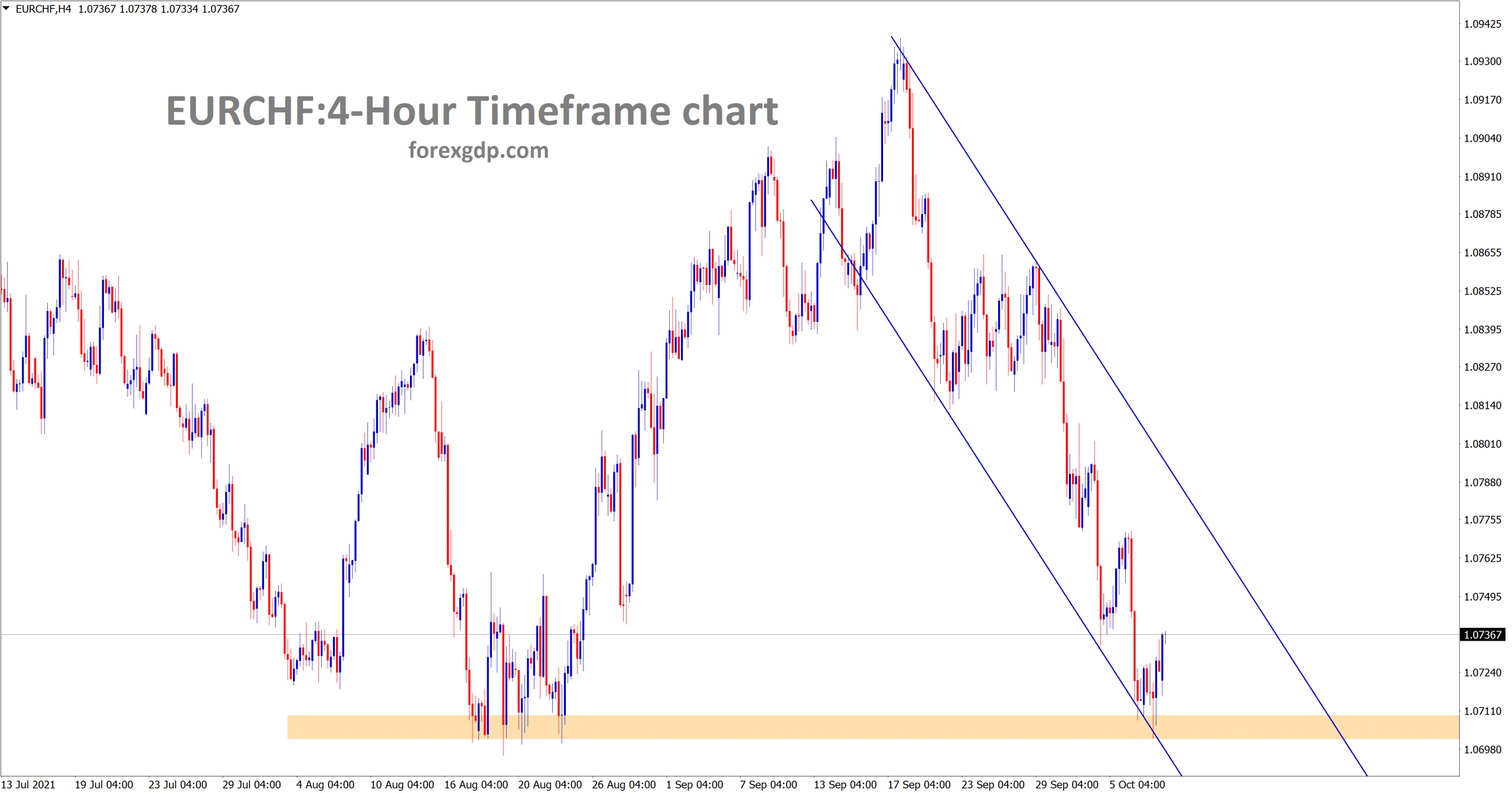 And German economy shows a little bit of shrink as Trade surplus weakness and EURUSD may further declines to 1.15 level soon by year-end. 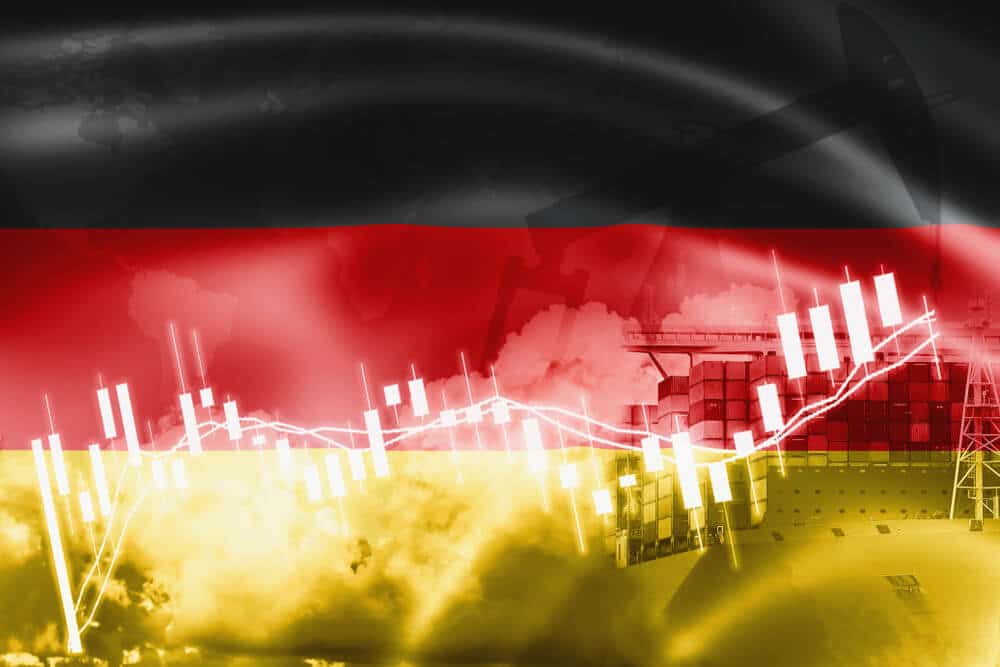 US NFP jobs data shows 500k Numbers expected, and the Unemployment rate is expected to be 5.1% this week.

Positive data from the US makes the Euro fall again, and negative data makes Euro rose to a lower high.

Russian President Putin helps the energy crisis supply more gas to European nations without any delay and fast to Europe.

And natural gas prices are dipped after the Putin news.

Nord Stream pipeline is reopened for more gases to supply to Euro regions and approval seeking to Euro for reopening.

UK POUND: Gas and Petrol demand higher in the UK

GBPNZD is moving in an Ascending channel forming higher highs and higher lows. 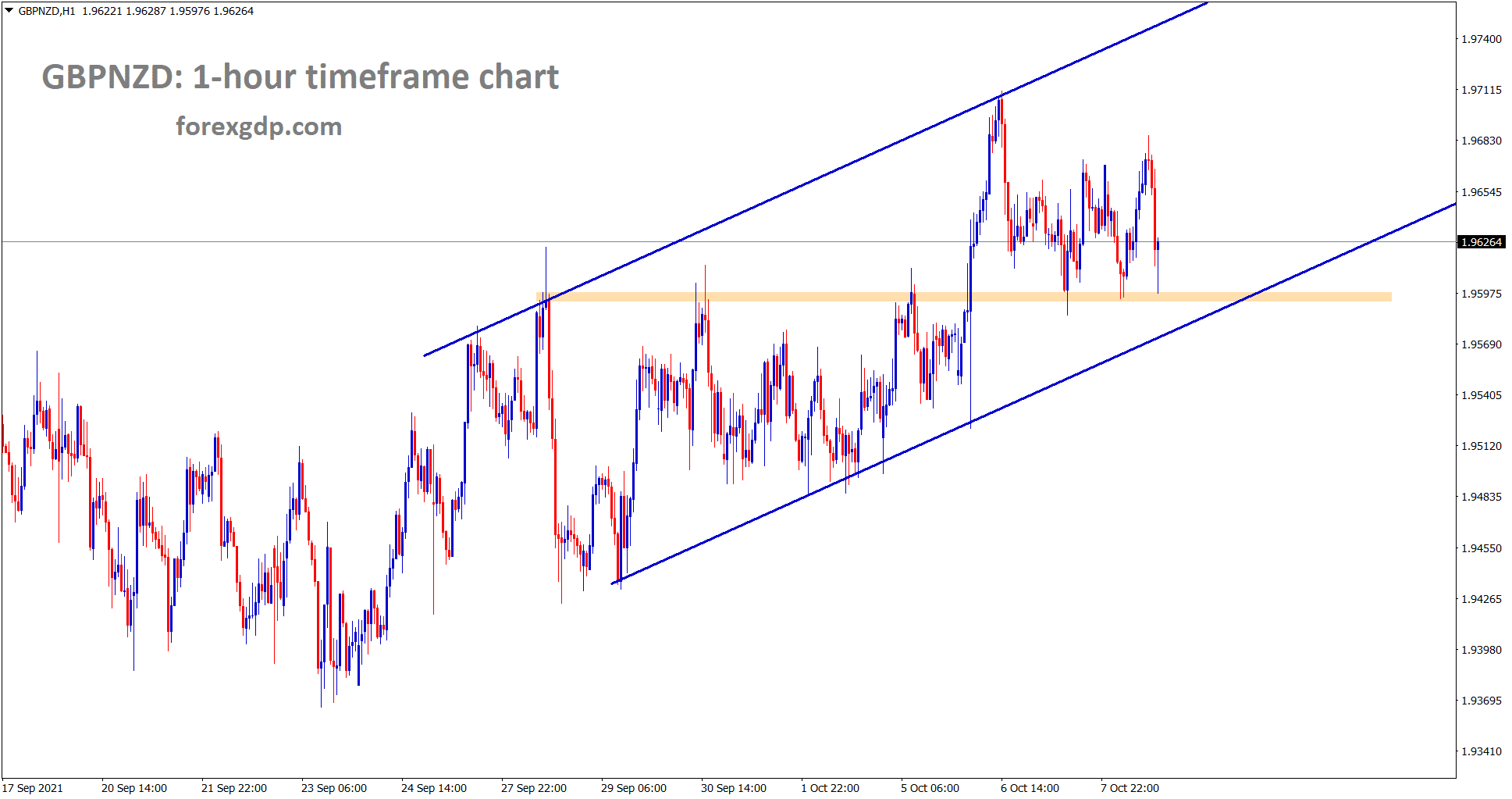 Bank of England makes more hawkish tone in 2022, and early in 2022, we expected 15bps rate hikes in February. 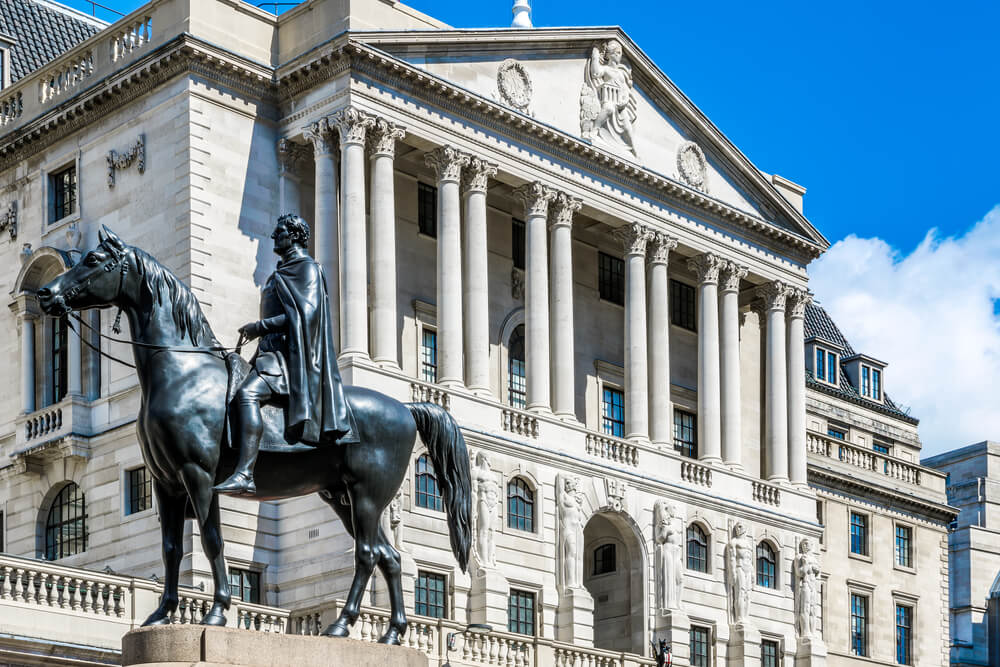 Gas demand more in UK and Truck drivers are less to supply across Gas and Petrol stations.

And the UK Pound affected by Energy demand and Oil Prices is soaring to 77$ nearby.

Today NFP report is scheduled, and positive numbers will drag down the UK Pound soon.

Crypto assets will not affect the stability of UK Finance

Bank of England said that the financial committee shows the report of Evidence taking risks business remains higher in a number of the market as per Reuters published.

And continues to loose underwriting standards and increased risk-taking in investment banking businesses.

Financial stability to UK Finance is lower from Crypto assets.

And Financial institutions are more cautious and regulated to handle the crypto exchanges and Crypto assets.

CADCHF is trying to break the horizontal resistance and the lower high area of the descending channel line. 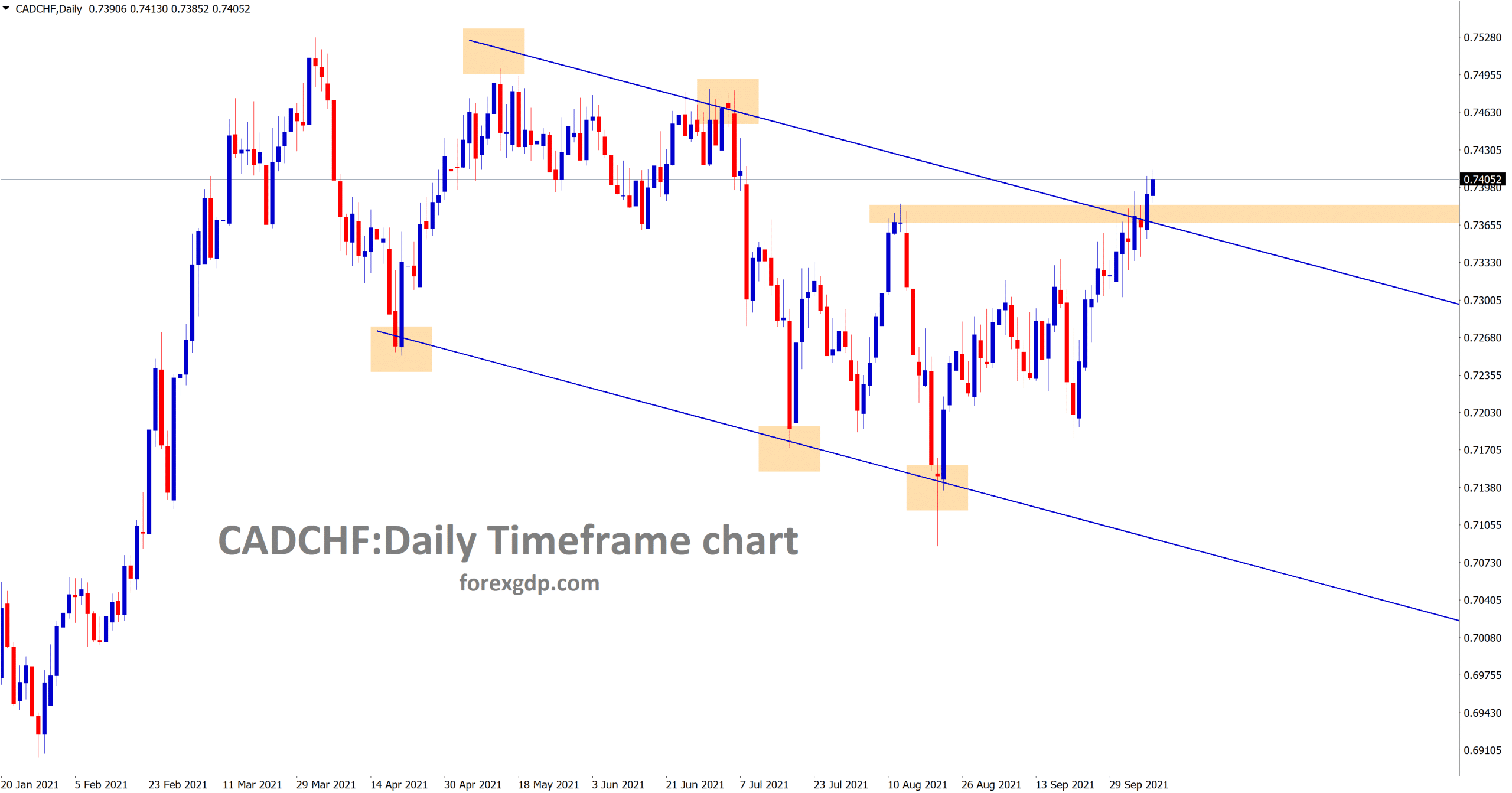 Oil prices are surging day by day as the Energy crisis appears all over the market.

Canadian Employment and unemployment rate scheduled today, if it came in good numbers USDCAD will drop the support of 1.25500 level. 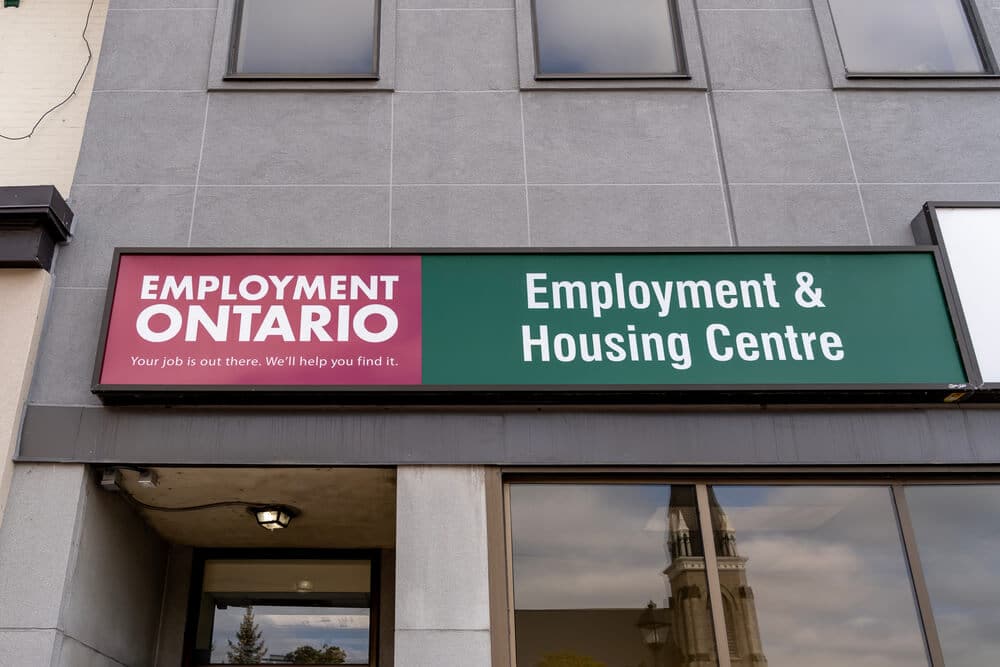 In the Analysyst view, the Bank of Canada might do tapering or rate hikes.

Whether US support for further Oil supplies for Global countries is a waiting approach.

GBPJPY is breaking the top of the descending channel, right now the price is standing at the horizontal resistance – wait for the breakout or reversal from this resistance. 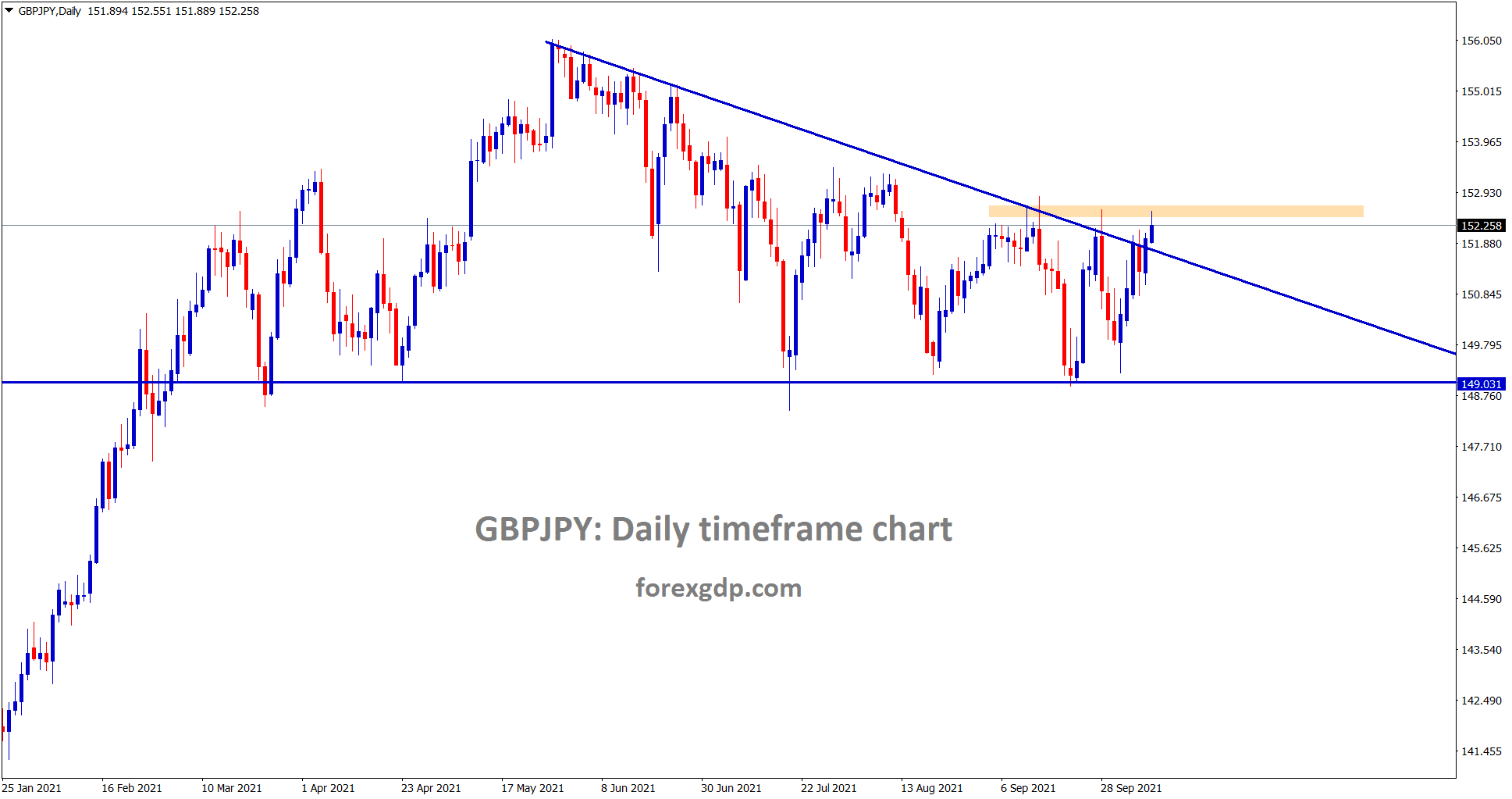 Japanese Yen remain under elevated risk as Energy concerns in all Global parts of the world. And One side Covid-19 issue still not solved, and the other side Energy crisis began. 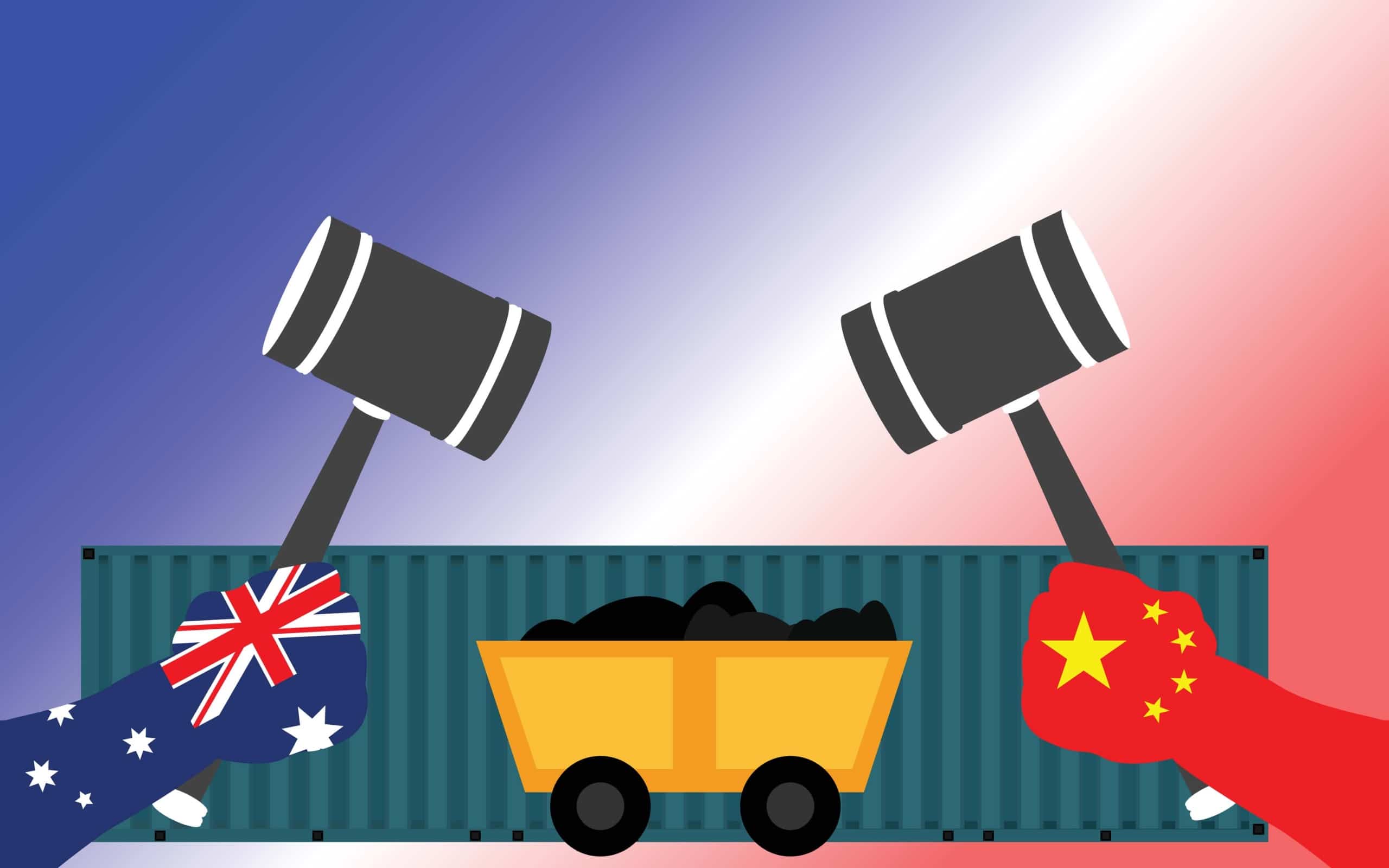 And China has Begun imports from quality coal of Australia to compensate energy crisis and Power cuts. This produces small imports from Japan as considered.

So Japanese Yen kept weaker as export revenues were affected.

AUDUSD is consolidating at the resistance area and the higher high level of an uptrend line. 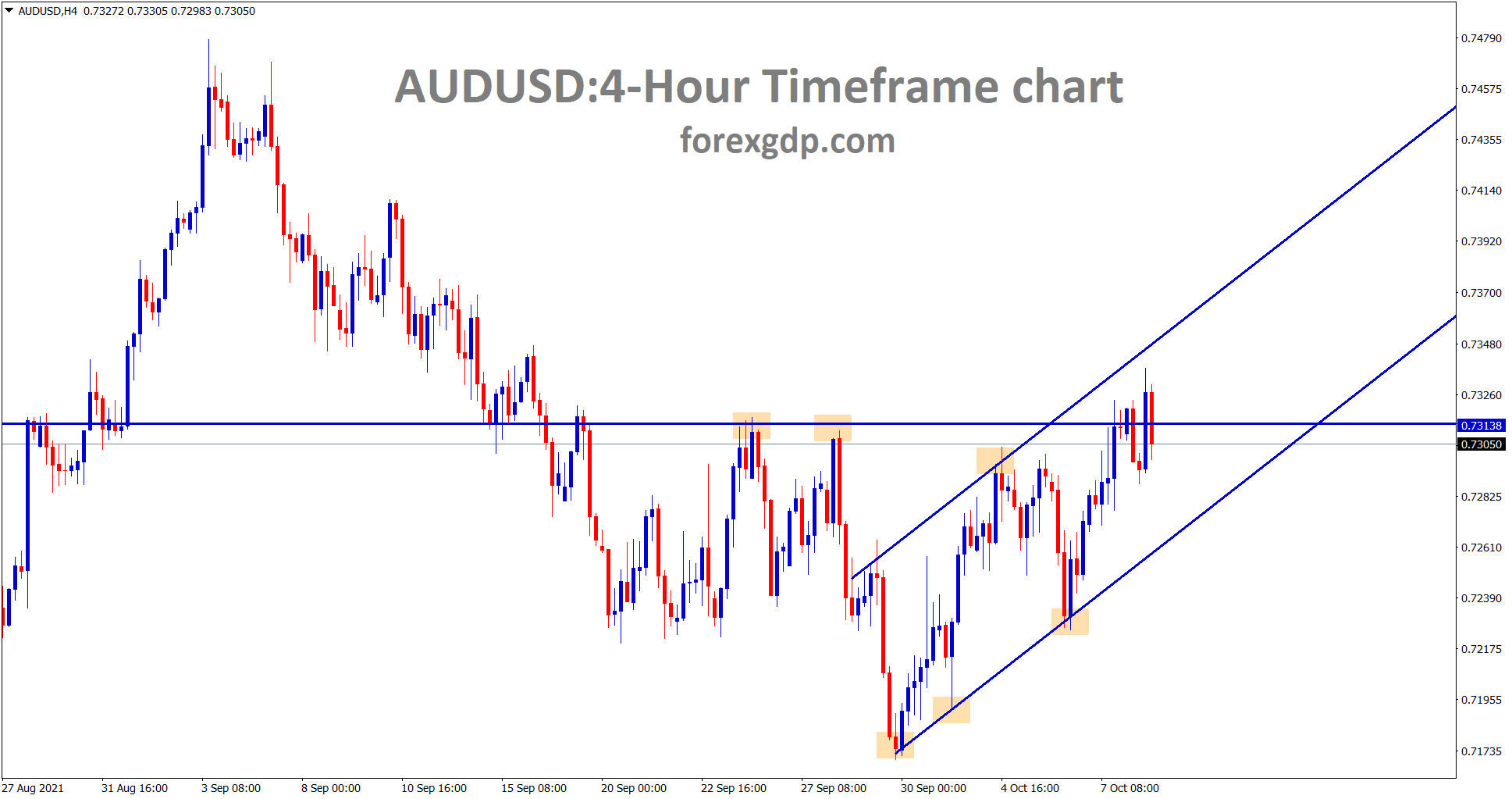 And Russian President Putin said natural gas supplies are increased to a European nation, Nord stream pipeline will open for extra supply to European countries. Approval is waiting from the EU for Pipeline gas transmission.

The energy crisis in Europe and China causes perimeter countries to harm because All production and manufacturing come under China, Europe and the US.

EURNZD is moving in a descending channel and ranging from the horizontal support. 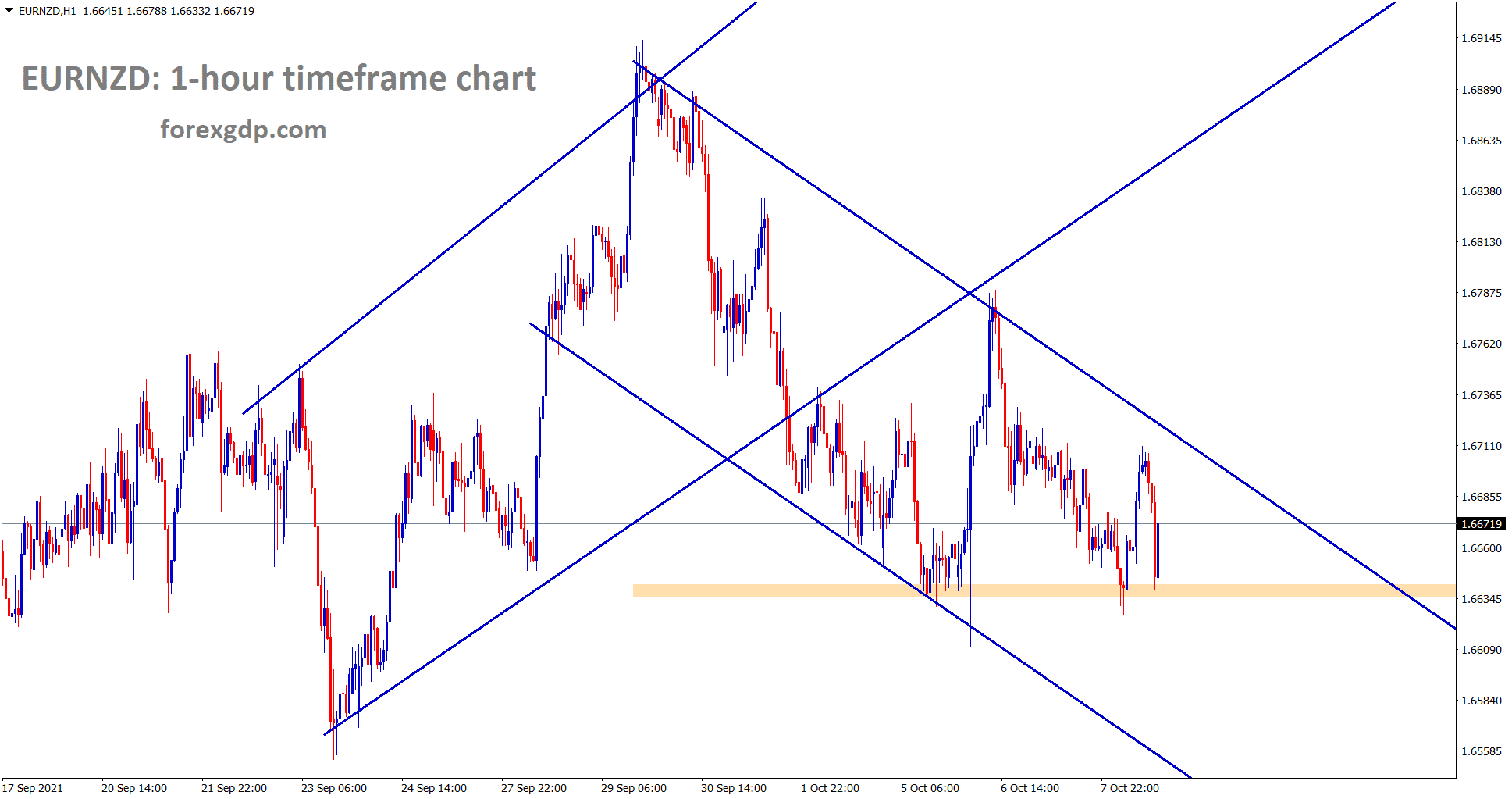 New Zealand Dollar keeps lower as US Dollar is pretty stronger as the Debt ceiling limit rose by yesterday with Republican party meeting.

Reserve Bank of New Zealand rate hikes by 25Bps points this week make New Zealand Dollar booster but keeps calmer in the market against US Dollar.

And more covid-19 variants in New Zealand make the Economy recovery slow, But RBNZ did a rate hike this week.

In 2022 possible for 2 rate hikes from RBNZ is expected if the economy does well.

GBPCHF is moving in an Uptrend line for a long time.

Swiss Franc makes higher in the market as the energy crisis spread across China and European nations. 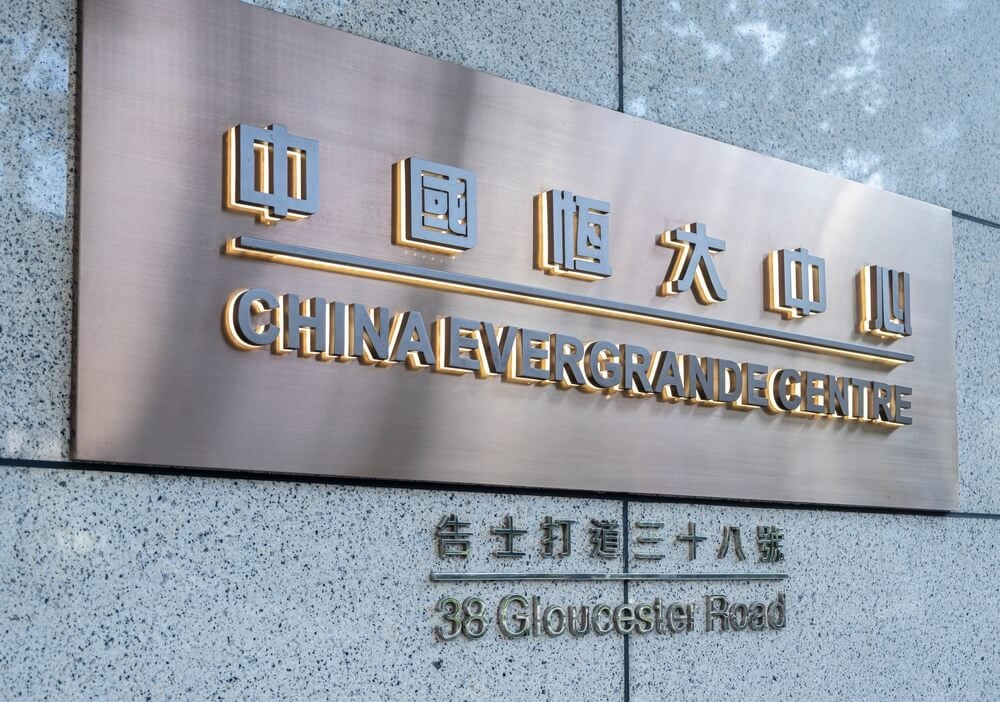 FED Powell signalled tapering talks by the end of 2021 and rate hikes in 2022.

As Initial Jobless claims are lower in numbers as of October 1 report.

And US Debt ceiling limits were raised, and the bill was passed to the US House of Representatives and then table to Joe Biden to sign it.

OMICRON AND FED IMPACT THE DOLLAR