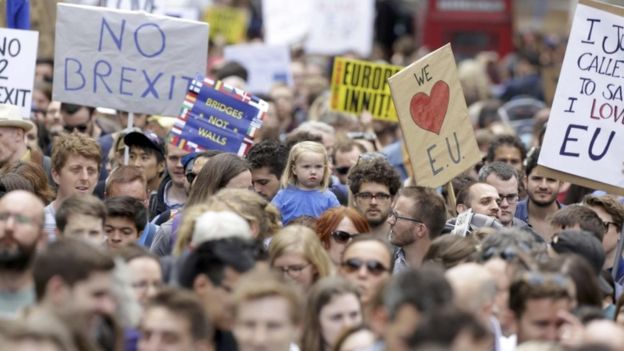 Thousands of Peoples marched through central London on Saturday in a loud and colourful protest against last week’s vote to leave the European Union, a result that has plunged Britain into political chaos and which most people in the capital rejected.

Most protestors were young adults, and many were draped in EU flags while others waved banners bearing slogans like “I’m with EU” or simply “Wrexit.”

They chanted “what do we want to do? Stay in the EU,” as they marched towards the Westminster political district to a soundtrack of songs like Rick Astley’s 1987 hit “Never Gonna Give You Up” and Whitney Houston’s “I Will always Love You.” 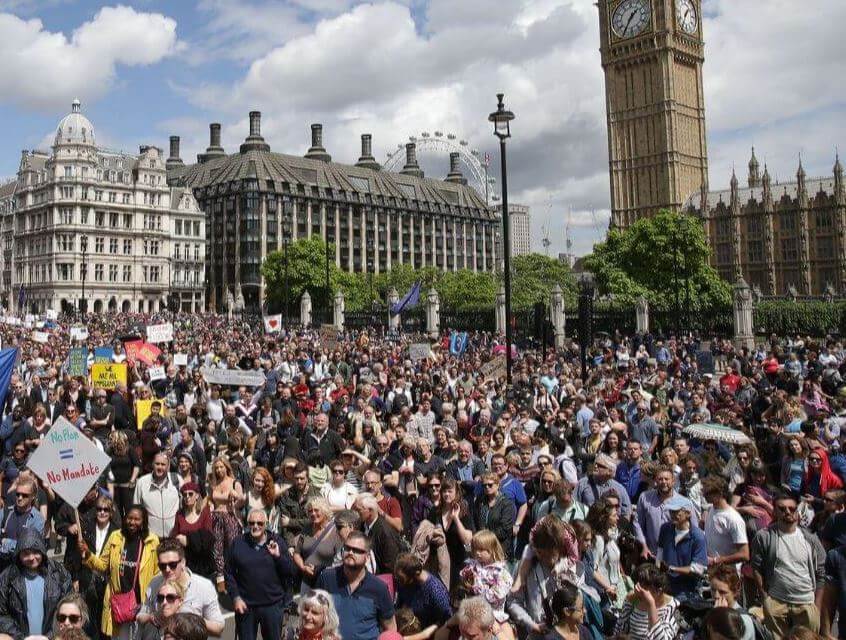 “I would like a second referendum,” below women said. “The first campaign was based on lies, and the margin was so tight: it was not a good result.”

Most of the Youngsters Still love to Stay with European Union (EU). Brexit will cause a severe damage to the Migrated People’s life.

London voted 60 percent in favour of remaining in the EU in last Thursday’s referendum, with younger voters widely in favour of staying in the bloc, but 52 percent of Britons overall cast ballots in favour of leaving.

Rally organiser, King’s College graduate Kieran MacDermott, said: “We can prevent Brexit by refusing to accept the referendum as the final say and take our finger off the self-destruct button.”

Parliament should have the final say on whether Britain should leave or not.

The vote to leave has prompted a battle within the ruling Conservative party to succeed Prime Minister David Cameron who said he would resign after the result.

The main opposition Labour Party has also turned on itself, with most of its lawmakers in parliament having voted to withdraw support for party leader Jeremy Corbyn after what they saw as his lacklustre contribution to the referendum campaign.

Save your time on analyzing the market and take your trades only at good opportunities available in the market.

If you want to receive forex trading signals at best trade setup with chart analysis, subscribe now to our forex signals.