The government of China owns all of the country’s financial institutions. The People’s Bank performs many of the duties that are traditionally performed by commercial and central banks in the West. It is responsible for the production of the renminbi, and the regulation of circulation, and is an essential part of the process of budgetary spending. In addition, it is responsible for managing the accounts, payments, and receipts of government organizations and other bodies. 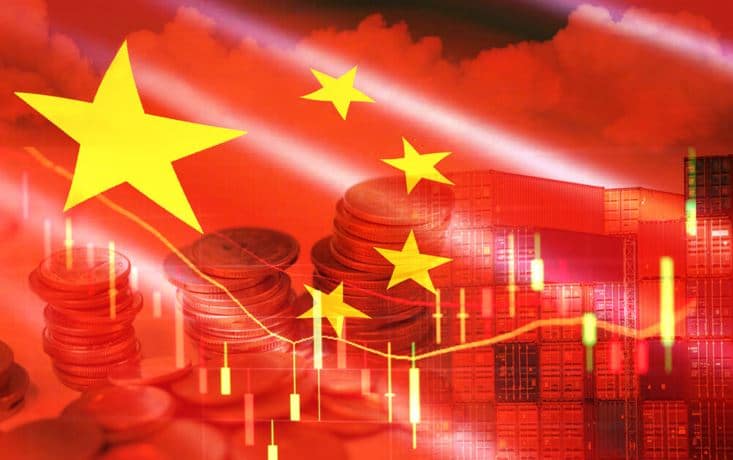 This gives it the ability to exert in-depth oversight over the financial and general performance of these entities in relation to the economic goals of the state. The People’s Bank is also responsible for foreign commerce and other activities that take place overseas. However, the Bank of China is the institution that actually executes these responsibilities because the Bank of China has branch offices in a number of countries across Europe and Asia.

Historical Events That Created the PBOC

Since it was first created, the People’s Bank of China has consistently performed an essential function throughout the entirety of China’s history. Let’s take a look at some of the significant events that took place throughout the years that contributed to the establishment of the central bank that we are familiar with today. This is how they break down:

The Huabei Bank, the Beihai Bank, and the Xibei Farmer Bank were merged into one institution on December 1st, 1948, so giving rise to the establishment of the bank. The capital city of Beijing became the location of the headquarters in 1949 after it had been relocated from its original location in Shijiazhuang, Hebei. From 1950 to 1978, the People’s Bank of China (PBC) was the sole financial institution operating in the People’s Republic of China.

During this time, it was accountable for all commercial and central banking activities. Every other bank that operated inside the territory of Mainland China, such as the Bank of China, was either a subsidiary of the PBC or an agency that did not accept deposits. From 1952 to 1955, government shares were added to private banks, creating state-private banks. During the first Five Year Plan, which lasted from 1955 to 1959, the PBC gained complete control of the private banks, transforming them into branches of the PBC.

This came to closely resemble Vladimir Lenin’s original vision for the banking system. As a result of assistance from the Soviet Union, the shares of private businesses and, by extension, industrial output, followed a similar path, resulting in the formation of a planned economy in the manner of the Soviet Union. With the exception of special allocations for rural development, the monolithic PBC dominated all business transactions and credit until 1978. At that time, as part of the Chinese economic reforms, the State Council separated the commercial banking functions of the PB into four independent but state-owned banks. These banks included the Industrial and Commercial Bank of China, the Bank of China, the Agricultural Bank of China, and the China Construction Bank.

In 1983, the State Council officially decreed that the People’s Bank of China (PBOC) would serve as China’s central bank. In the early 1990s, Chen Yuan played a crucial role in bringing the bank into the contemporary era. It was granted a higher degree of independence than other State Council ministries by an act that year, and its status as a central bank was officially reaffirmed on March 18, 1995, by the 3rd Plenum of the 8th National People’s Congress. The PBC went through a significant reorganization in the year 1998.

After the elimination of all provincial and local branches, the PBC established nine regional branches. The limits of these regional branches did not match those of the local administrative boundaries. An amendment law to strengthen the role of PBC in the making and implementation of monetary policy for the purpose of preserving overall financial stability and providing financial services was approved by the Standing Committee of the Tenth National People’s Congress in 2003.

This law was intended to strengthen the role of PBC in these processes. The People’s Bank of China (PBoC) may exercise a certain degree of autonomy in its day-to-day operations; but, it is not an independent central bank and is politically obligated to carry out the directives of the Chinese Communist Party.

Role of the People’s Bank of China

The majority of us, in all honesty, have no idea how significant of a part these various financial institutions play in the global economy. They are accountable for the state of the economy in their respective countries, and the people depend on them to avoid bringing about default or an economic slump in their nation so that the country does not fall into default. In a similar fashion, the People’s Bank of China plays an important part in the present state of the economy in China and the rest of the country. The following factors are responsible for this result:

Following the devastating effects of the global financial crisis in 2008, many central banks passed additional regulatory changes as part of the Financial Services Act. As a result of taking these actions, the financial institution established a new division of the bank called the Prudential Regulation Authority as well as an independent body named the Financial Policy Committee, which was modeled after the MPC. In addition to this, the bank started to exercise supervision over suppliers of financial market technology such as central securities depositories and payment systems. If it weren’t for these regulatory reforms which are consistently being updated.

The People’s Bank of China is in charge of managing the amount of credit that is produced by commercial banks. PBOC employs two different strategies in order to exercise control over the excessive flow of money in the economy. These strategies include both quantitative and qualitative approaches that may be used to govern and regulate the flow of credit in the country. When the People’s Bank of China (PBOC) determines that there is an adequate money supply in the economy and that this may lead to an inflationary scenario in the country, it would tighten its monetary policy in order to reduce the available money supply, and vice versa.

The role of banker, agent, and advisor to the government of China and the states is the PBOC’s second most important duty. This duty requires the Reserve Bank to perform as the nation’s central bank. In addition to carrying out the entirety of the State and Central Government’s banking responsibilities, it also provides the executive branch with sound counsel on issues involving the formulation of economic and monetary policy. Additionally, it is responsible for the management of the government’s public debt.

How the PBOC Impacts the Chinese Yuan Market

Aside from its regular releases of comments and monetary decisions, the People’s Bank of China also publishes statistical data on occasion. This is really helpful in keeping a trustworthy connection with its stakeholders, in my opinion. Without the statistical evidence, we would have to accept what they say in their speeches, as well as their reasons for altering their monetary policies. This statistical data truly puts money where their mouth is, allowing us to understand why each event arose and what the People’s Bank of China did to influence the situation. If the PBOC’s statistics data shows a good scenario, the CNY markets will most likely be bullish and in bullish markets. However, if no press release is available. The markets will correct themselves based on their weight.

The People’s Bank of China delivers speeches at least twice a week. This is to inform the public about the present state of the financial system and how the PBOC intends to participate in the discussion. Although each speech might be significant since you never know what will be disclosed, the president, chairman, and governors’ remarks are more essential than the others. It should be observed, however, that these powerful people rarely divulge any significant financial data that may help us navigate the financial world. They want to remain neutral unless it is in the best interests of the country not to. These member remarks are critical in deciding the Chinese Yuan’s market movement. If a PBOC member speech is on your economic calendar, you should play your cards carefully.

The People’s Bank of China usually distributes its Meeting Minutes a few days or weeks after making a major decision. These Minutes are essentially a documentation of the conversation that took place amongst PBOC members as they were deciding on the decision that was to be made. This is critical in knowing who is on their side and why they made the decision they did. We usually get to hear the meeting minutes following the announcement of the interest rate or any other monetary policy decision, which helps us comprehend the logic behind the decision they took. This has a significant influence on CNY markets. Depending on whether the outcome was favorable or bad, the CNY currency will become highly volatile.