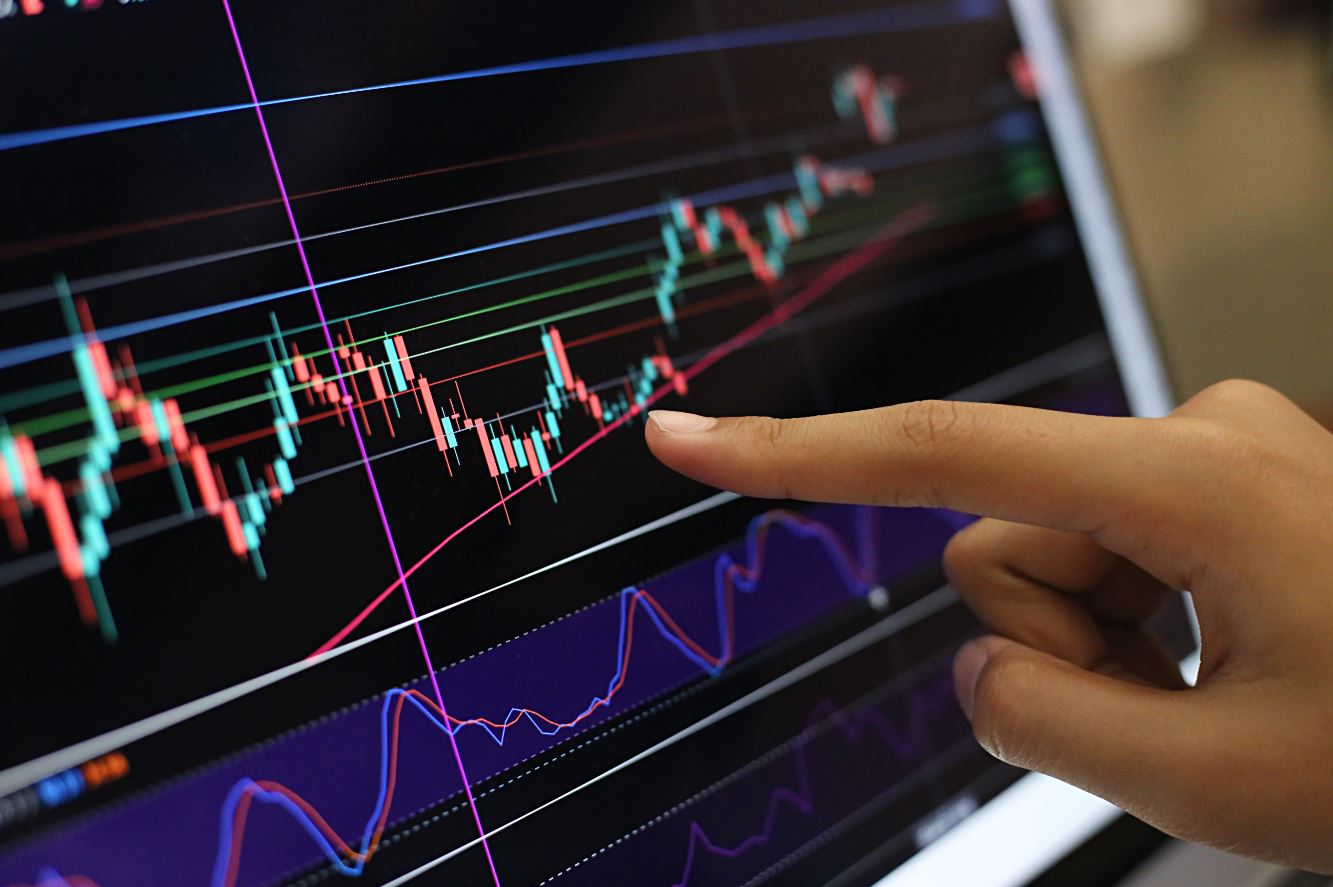 XAUUSD price is falling now to retest the recent broken resistance and higher low line which may act as temporary support.

Gold prices remain higher as Inflation numbers are printed at 5.4% this week, and Tapering assets is not done quickly by this month or next month or 3 months after. 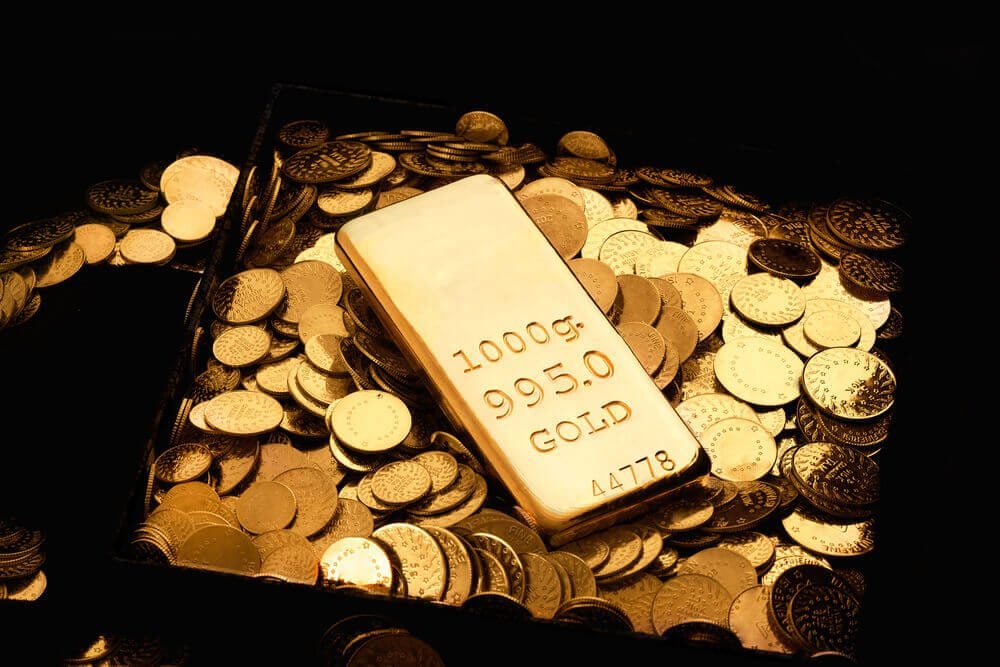 Due to this US Dollar will get some correction for the next 6 months and Gold prices remain elevated for Inflation numbers keeps higher month on month.

Once Tapering assets started in FED, then Gradual growing of US Dollar happened in market and gold reverses from Highs.

AUDUSD is consolidating between the small ranges on this week – wait for breakout. 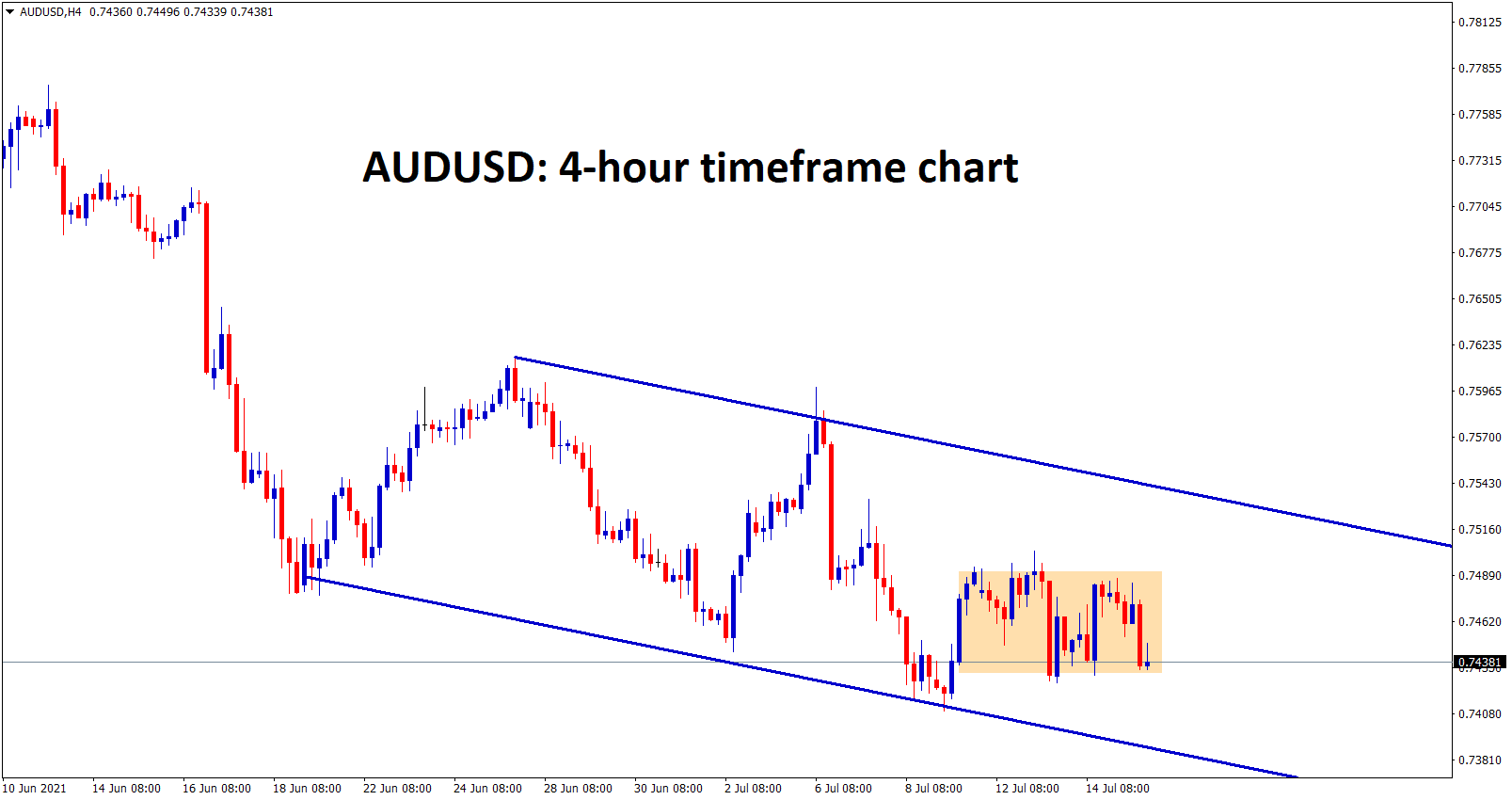 Patience is the key driver for unchanging policy settings, and tapering will not be done in a quick manner as People expected.

Tapering of assets will be done, and the process of Tapering assets has begun under the committee. It will expose in the coming quarters, and December 2021 will see tapering news.

Delta Variant is spreading across the US, and it will be taken as a serious issue. Once all pandemics come to a Zero ratio, Automatically Tapering assets and Rate hikes will be done By FED.

EURJPY landed to the support zone in the 4-hour timeframe chart.

EURCHF has reached the low level in both Ascending and descending channels expecting bounce back. 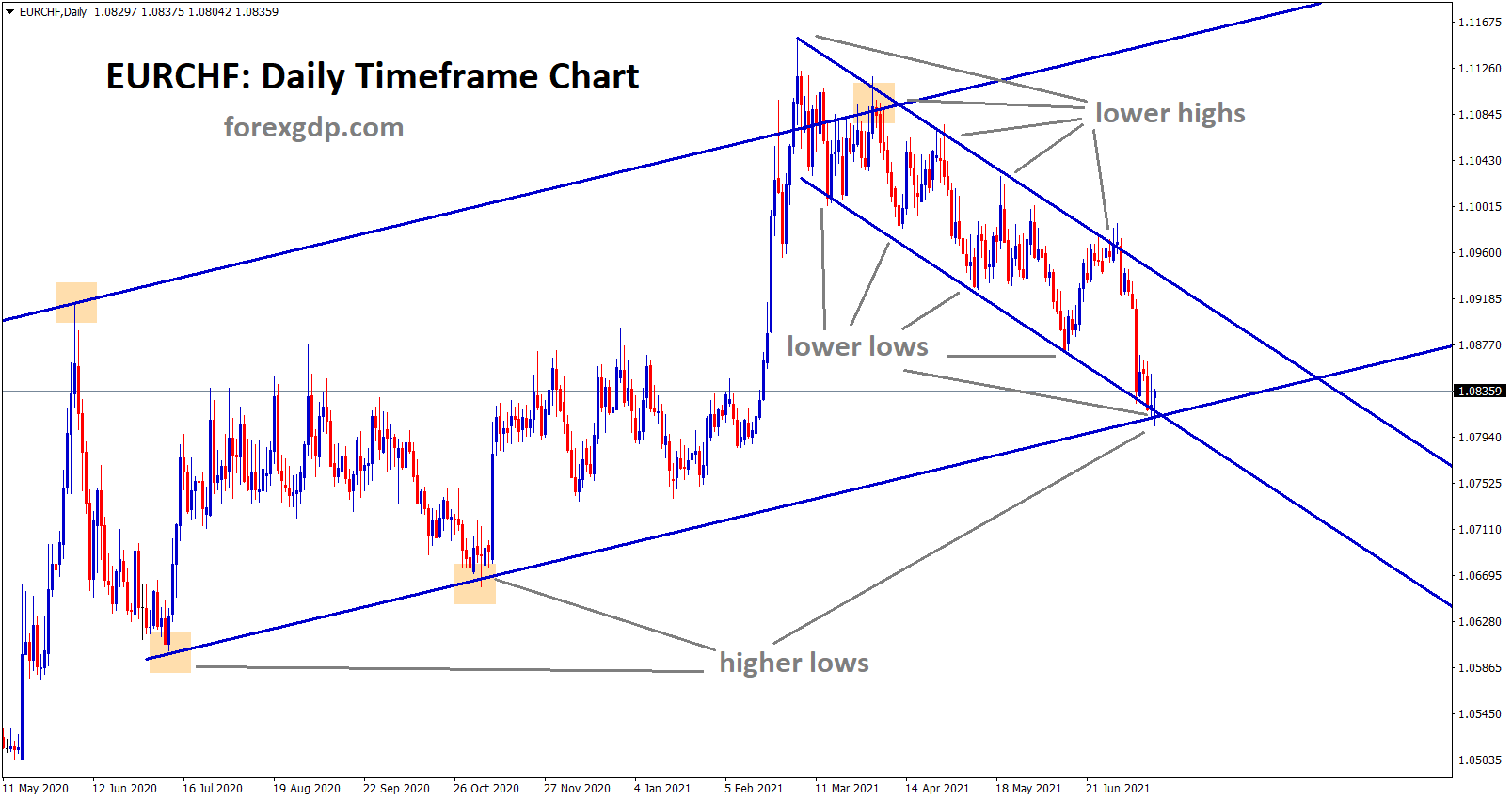 ECB monetary policy strategy will be revealed in coming Quarters whether effective steps to take to recover the economy during Crisis time.

And ECB President Lagarde said there is no rush to hike rates and Tapering assets, will wait for a more accommodative stance to help the economy recover from the Crisis level.

Vaccination Rollouts speed up in All regions to avoid Delta Variant, and Industrial Productions were made negative numbers in June.

Once All lockdown is released overall in Euro regions, then All Domestic data will be picked up in numbers.

And ECB has a clear path in its own decision on monetary policy; further easing is also possible if the economy takes the worst hit. So No Hurry for Tapering assets like other developed countries has taken.

And the financial conditions of the Eurozone are remained stable and have nothing to worry about for tightening policy conditions.

Easing more stimulus is not required in the current situation; anyhow, we have to discuss the tightening monetary policy conditions in September. Avoid tapering assets before crisis closure.

GBPAUD is consolidating between specific price ranges for a long time, wait for a strong breakout from this consolidation zone. 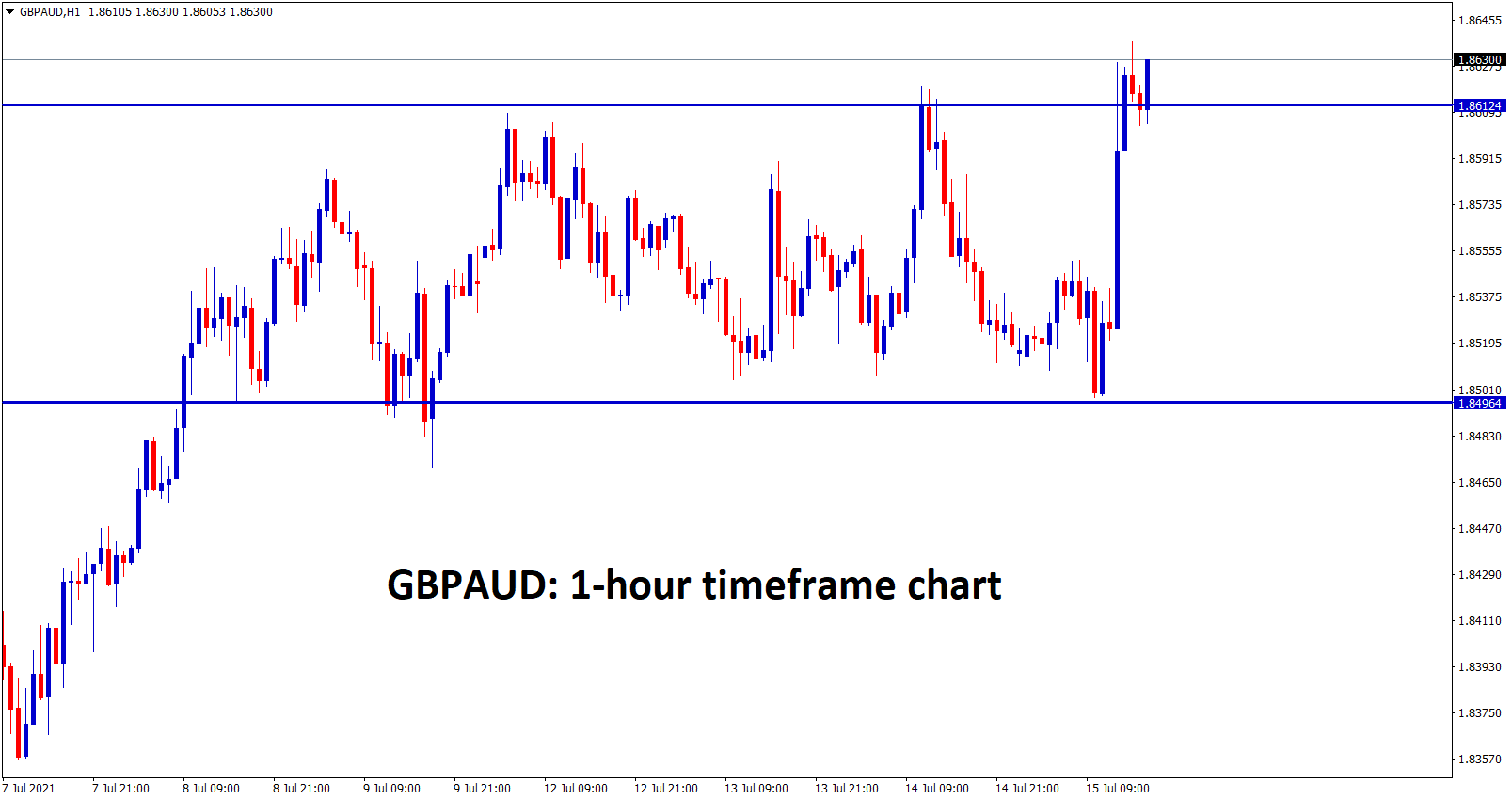 GBPCHF bounces back again to the recent resistance level for the second time – This pair is mostly ranging at the moment.

GBP Jobs growth of wages, Earnings, and Bonuses increased by 7.3% in June month. But unemployment rate ticked higher to 4.8%. 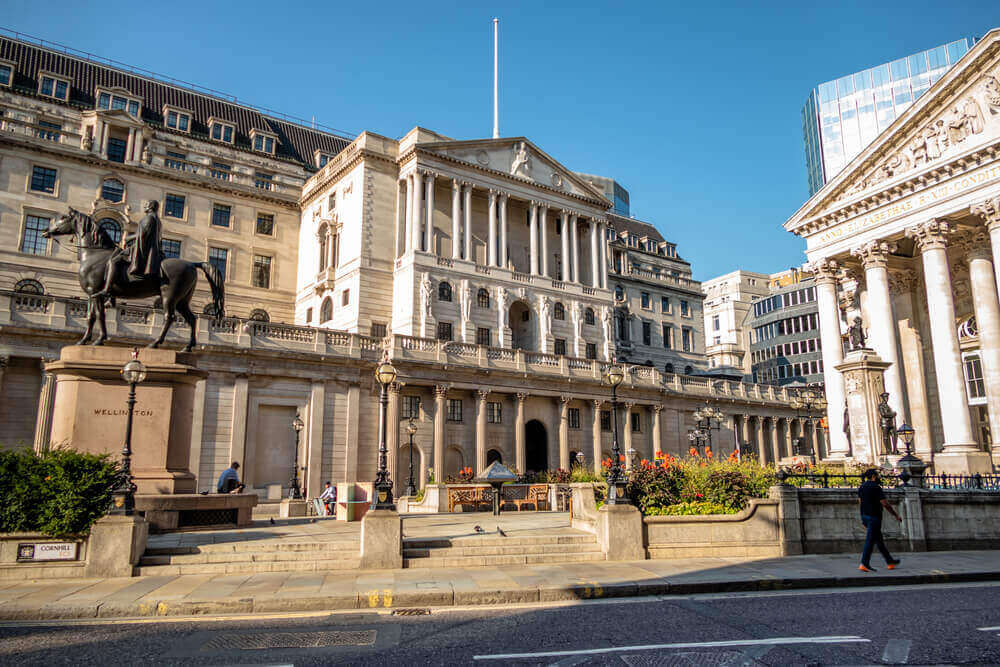 And the unemployment rate will be down to below 4% in the coming quarters.

GBPUSD is not much affected by employment news today and moved in the sideway range market.

And the UK has recovered from the pandemic crisis level in the current situation, so tapering assets and withdrawing stimulus from the economy is possible in the coming months.

Bank of England Governor Bailey commented on inflation number rising to 2.2% YoY, and they are not ready to taper asset purchases and no hike rates in the near term.

First, the lockdown will be released on July 19 and then see the performance of Employment data and inflation numbers to target our Goals.

UK Pound now is ready to correction mode as US Dollar stronger performer after US Domestic data helped to support the economy.

USDCAD price has bounced back after retesting the broken level and now it’s moving in a small channel level. 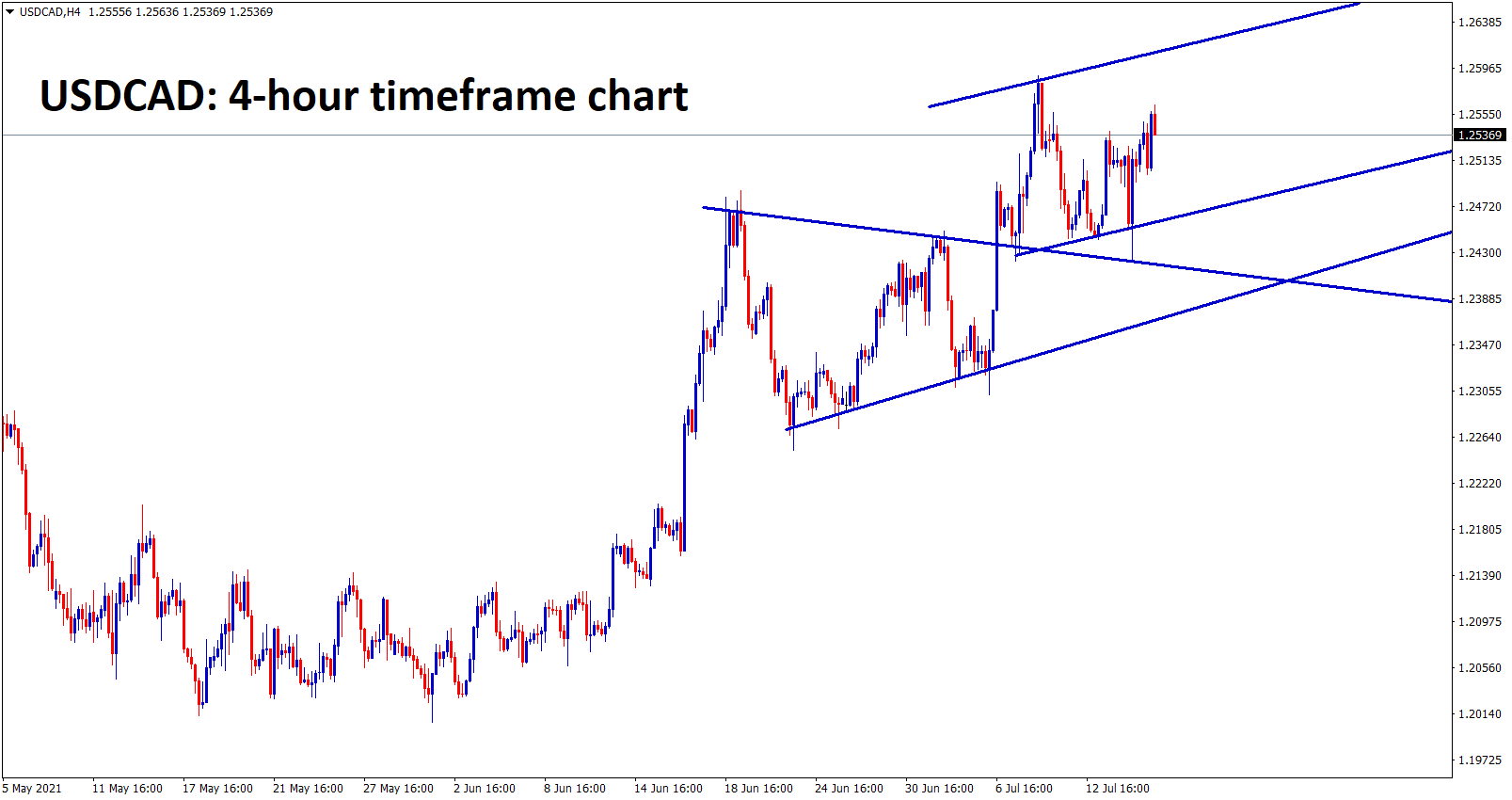 Bank of Canada makes Tapering assets from C$3 billion per Week to C$2 billion per week, and it’s a good announcement for dropping printing more money for economic development. 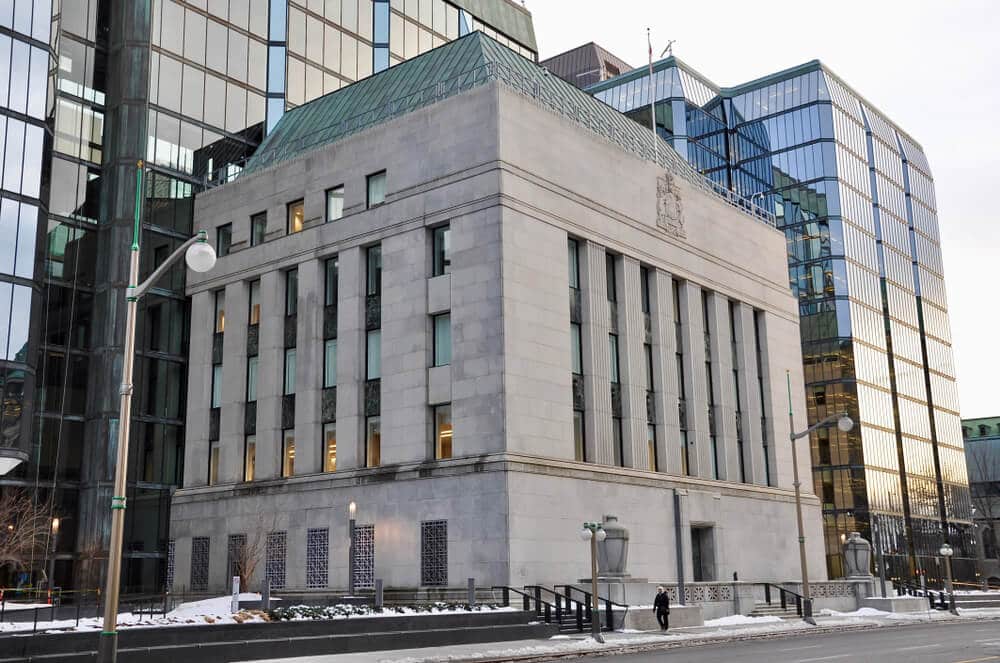 And the unemployment rate remains medium tone soon will achieve to Precrisis level.

CAD pairs do very well in counter pairs, and CAD currency fell more for Correction basis. Still expected to another 3% Fall from Current level to 84.500 is possible in 3 months.

CHFJPY is moving up and down between the resistance and support levels. 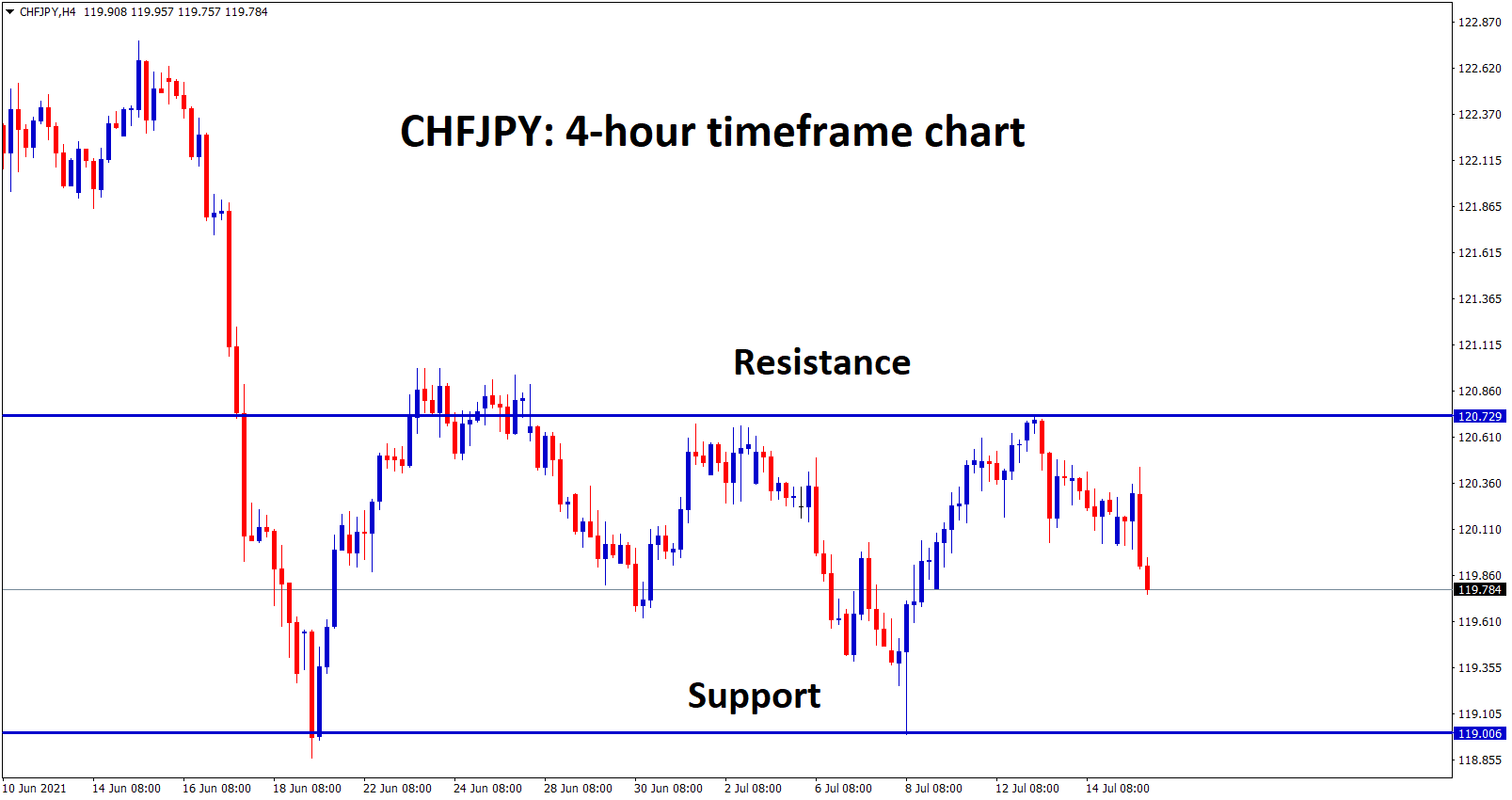 Japanese Yen coming the third quarter is a tough road to compensate all losses in the second quarter. 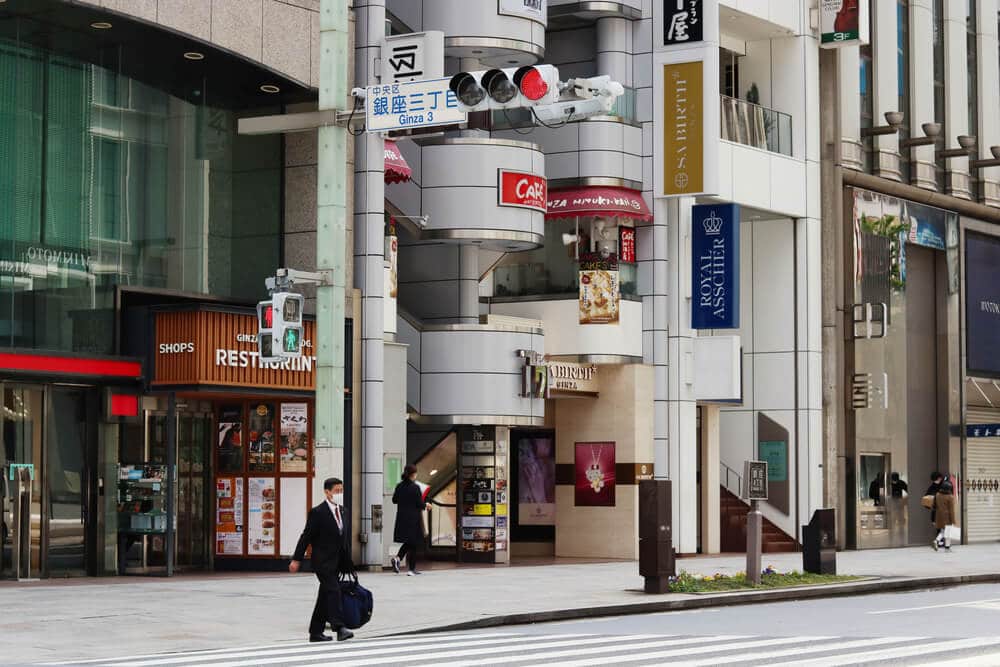 US Dollar, on the other side, getting stronger as Inflation prices keep higher.

EURAUD is bouncing back after breaking and retesting the minor descending channel. 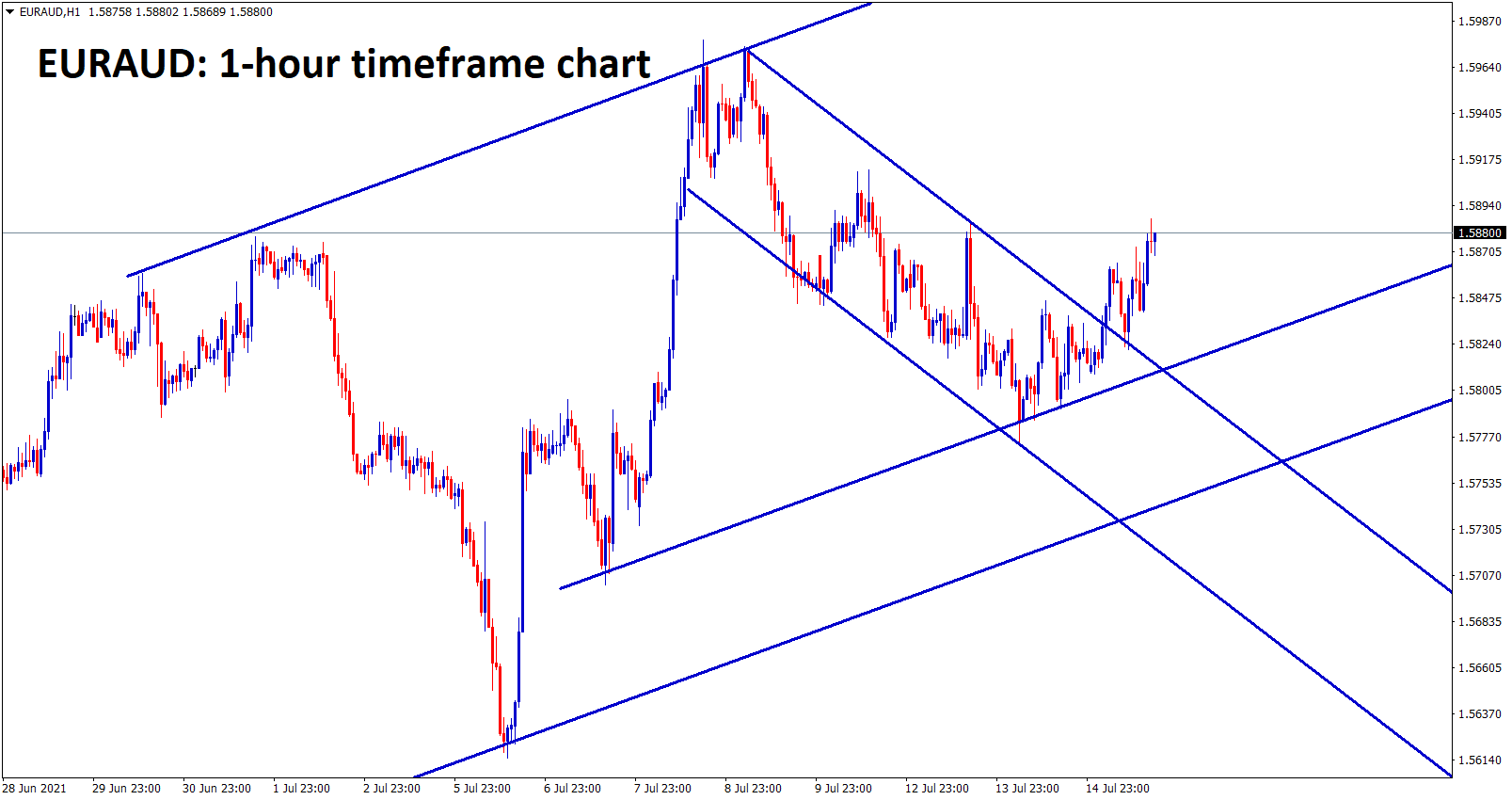 AUDCHF at the low level in both Ascending and Descending channels. 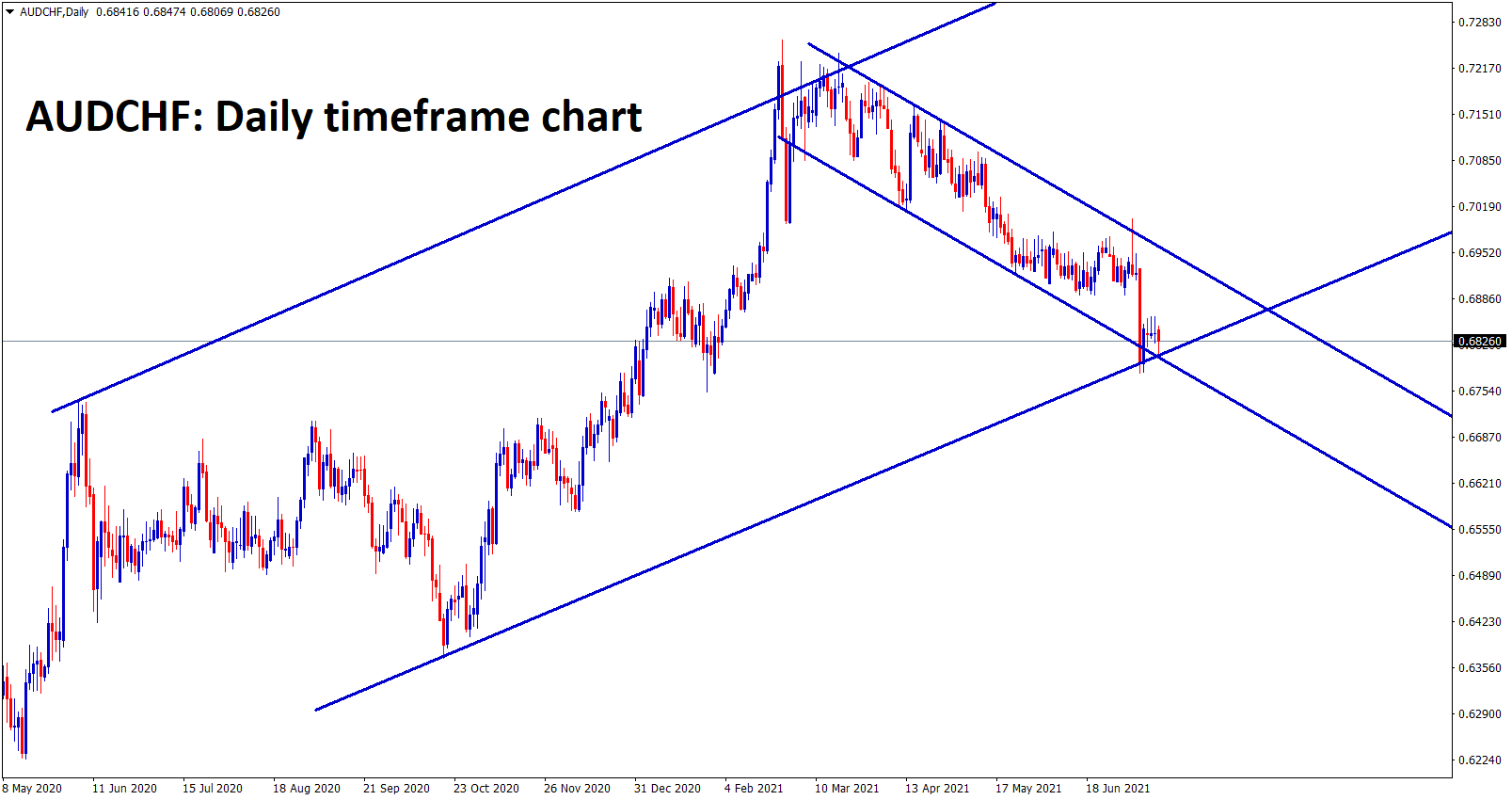 Australian Jobs change report published on Thursday as 29.1k jobs added versus 20k expected. This sharply increased pull down the Unemployment rate to 4.9% from 5.1%. 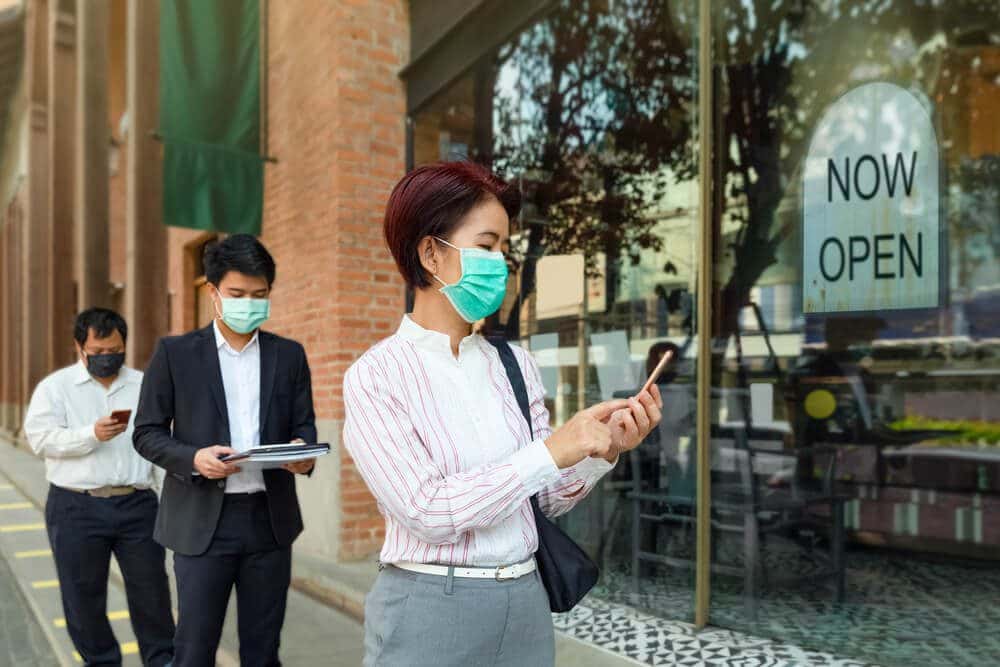 And Chinese GDP data came at missed expectations of 7.9% versus 8.1% expected and Retail sales data beat expectations, and industrial Growth coming at 8.3% versus 7.8%.

Before GDP was released, the People Bank of China made slashed 0.50% to stimulate lending in banks.

The slower GDP growth of the Chinese economy fears Developing countries like Australia and New Zealand.

EURNZD bounces back from the higher low level of an Ascending channel. 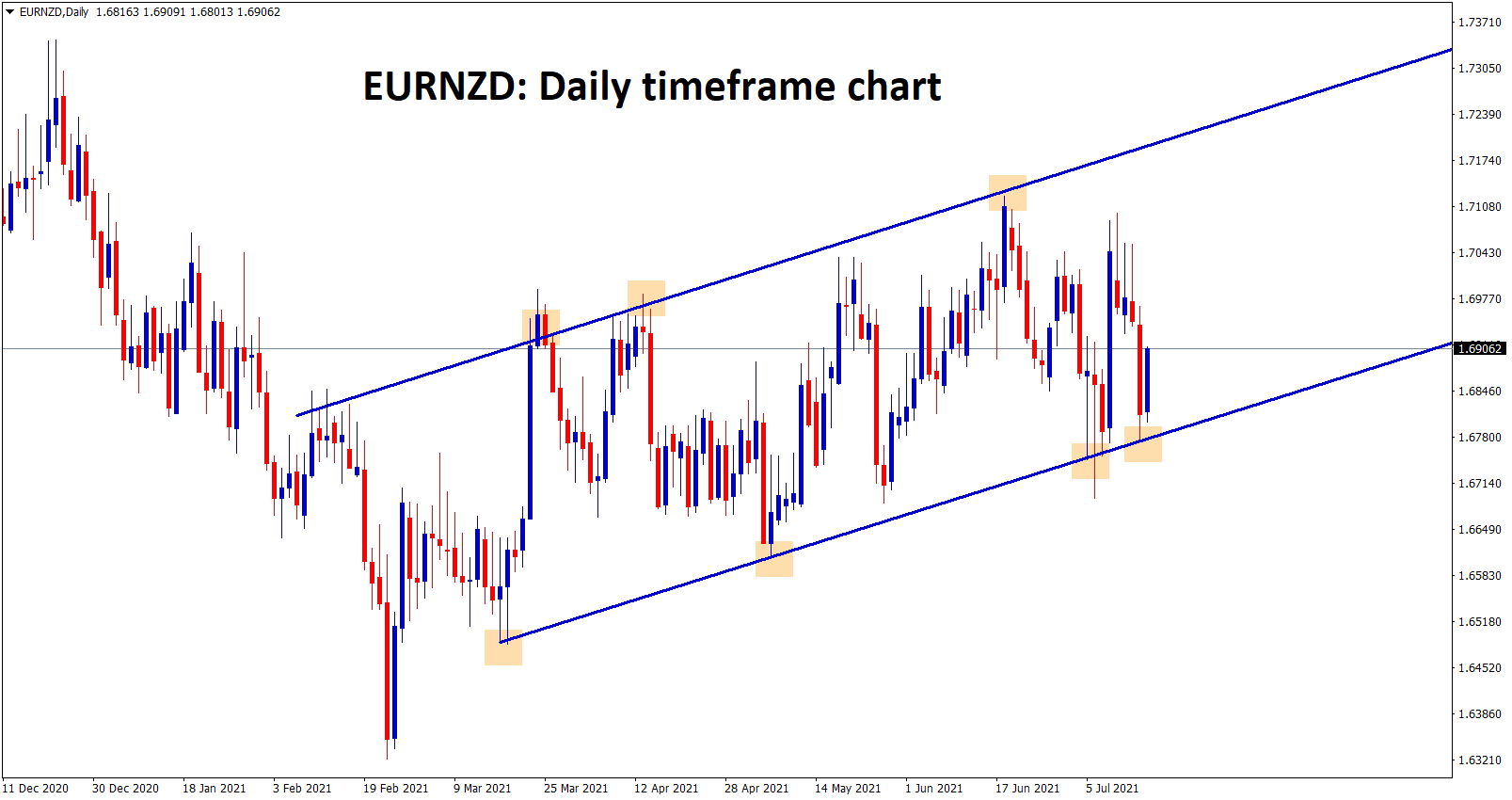 And this will be most supportive for New Zealand Dollar in currency stronger as Printing money is slower than in the previous situation.

US Dollar keeps weaker as Higher inflation numbers and no tapering assets steps are taken.