The Chartered Institute of Procurement and Supply will be coming out with their Purchasing Managers’ Index reports, or PMIs, early on Thursday. PMIs are a set of surveys collected from different businesses in the private sector to get a good idea of the business and economic conditions they’re facing. These surveys are collected on a monthly basis and are extremely useful in understanding price trends, supply and demand, and other important factors that could determine the direction of the forex markets. The reports to be released early on Thursday will include the individual Services PMI report and Manufacturing PMI report, but it will also include the Composite PMI report which is a combination of both. Let’s dive into what these reports signify and how they could potentially impact the pound markets.

Despite a higher forecast, the majority were still surprised that the reading even managed to get this high considering the ongoing price hikes in the country. For this month, analysts predict the reading to remain the same at 60.8. This is due to the measures being taken to combat inflation such as interest rate hikes, as it may be unlikely that we’ll be able to expand this sector with the interest rates currently on hand.

The UK Manufacturing PMI is a measure of the performance of purchasing managers in the manufacturing sector. Just like the Services PMI, a reading above 50 would indicate that the manufacturing industry is expanding while a reading under 50 would indicate that it is contracting. Last month’s reading was at a three-month high and it is likely that we’ll be breaking records again this month. The markets have regained consumer demand after a tough patch with the pandemic. Supply is going smoothly as well so there seems to be no reason why this sector won’t show some thriving numbers. The reading was at 58 last month and it is forecasted to be at 57 for this month. This won’t be hard to achieve if we look at the trends it has been following the last couple of months.

The UK Composite PMI is a weighted average of the Manufacturing Output Index and the Services Business Activity Index. Or in other words, it measures the performance of purchasing managers for both sectors. This result is just a combination of the two reports we discussed above. Last month, the report came out at 59.9 which was lower than the forecasted 60.2. However, considering the inflation crisis taking over Britain, this is still a pretty good reading. This month we’re forecasting a reading of 58.7. This is taking into account the current interest rate hikes as well as the economic crisis occurring in Europe. Let’s now look at how these reports may impact the pound markets.

GBPUSD is currently fluctuating around the 1.319 point. It isn’t showing any signs of instability as of right now but anything could change as we get closer to the release of the reports. If the reports come up just as predicted or even higher, GBPUSD has a great chance of entering bullish market conditions. 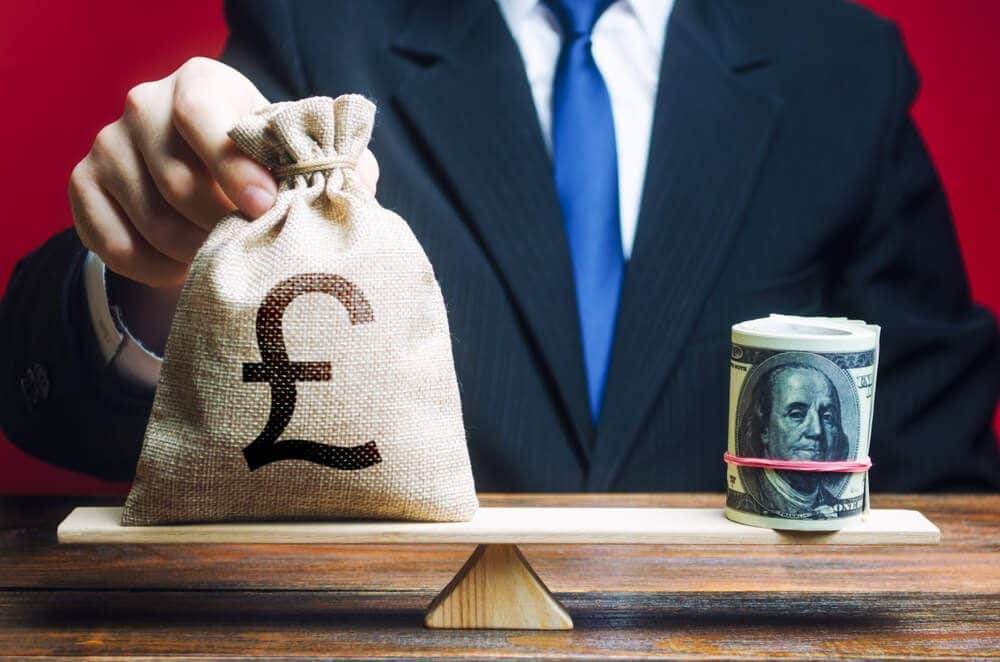 This is probably what’s going to happen if we look at how the market reacted during the previous PMI releases. However, if the reports show a reading lower than expected, GBPUSD may enter into a bearish market. Although we may remain optimistic, considering the inflation crisis in the country, this shouldn’t be out of our radar as it is just as likely to happen as well.

AUDGBP is currently teasing around the 0.566 region as we await the release of the PMI reports. It is showing the beginning of a possible decline after shooting up just yesterday. The markets now seem pretty bearish in the daily view.

AUDGBP Market has reached the top area of the Symmetrical triangle pattern.

AUDGBP Market is moving in the Rising Wedge Pattern and Falling from the higher high area of the Wedge Pattern.

There would be slight breakouts from the descending pattern but it would soon return back to its original route. This decline comes as no surprise considering that analysts remain optimistic regarding the PMI reports. All the reports should show a reading above 30 and they should most probably be just, if not better than predicted. However if the results show a bad reading, we may expect this interesting duo to enter into bullish markets for the first time in a while.

EURGBP has been displaying a slow but steady decline these past couple of days. The upcoming PMI reports definitely aren’t helping the situation either. It has definitely fueled the fire and caused this dynamic pair to enter into hot waters. EURGBP is currently fluctuating around the 0.832 region.

EURGBP Market has rebounded from the lower low area of the minor channel of the Major Descending channel.

EURGBP Market has reached the lower high area of the Falling Wedge Pattern.

The market seems pretty unstable and it is constantly shooting upwards and then back down. We don’t recommend trading in these conditions, especially until the release of the reports early on Thursday. It is very likely that this is the start of the downfall for this currency pair. The UK’s economy needs to thrive and this pair would take the brunt of the impact in case that proves to be successful.

Besides the release of the PMI reports later today, there are some other events coming up that we need to keep under our radar as well. One event, in particular, needs our full attention. Any time now we’re expecting the release of the new short-term interest rates by the Swiss National Bank (SNB). Analysts are predicting the rates to remain the same as previous times at negative 0.75%. The CHF markets are highly anticipating the release of these results as it could sway the market in any direction. Traders remain optimistic for results to remain just like previous times in order to combat any market instability.