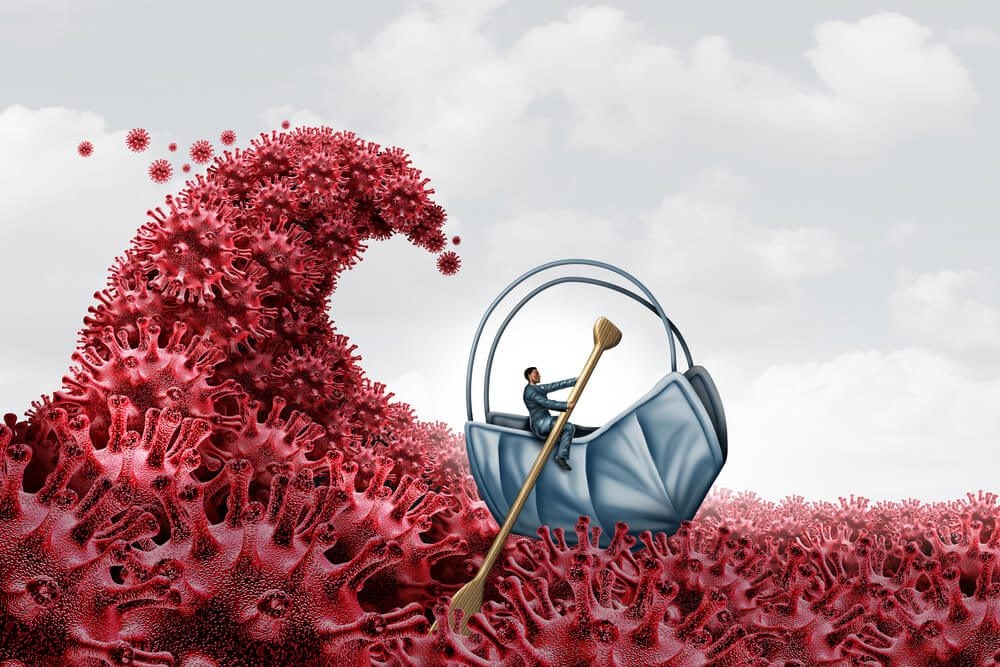 The Third Wave of Covid-19 has mixed fortunes for the USD, GBP and EURO.

Another critical aspect to look into throughout this debacle is the massive rejection of AstraZeneca Vaccine by many counties, among them member states of Euro Block. According to the latest analysis, the USD is likely to gain, whereas, both GBP, and EUR stand to lose. 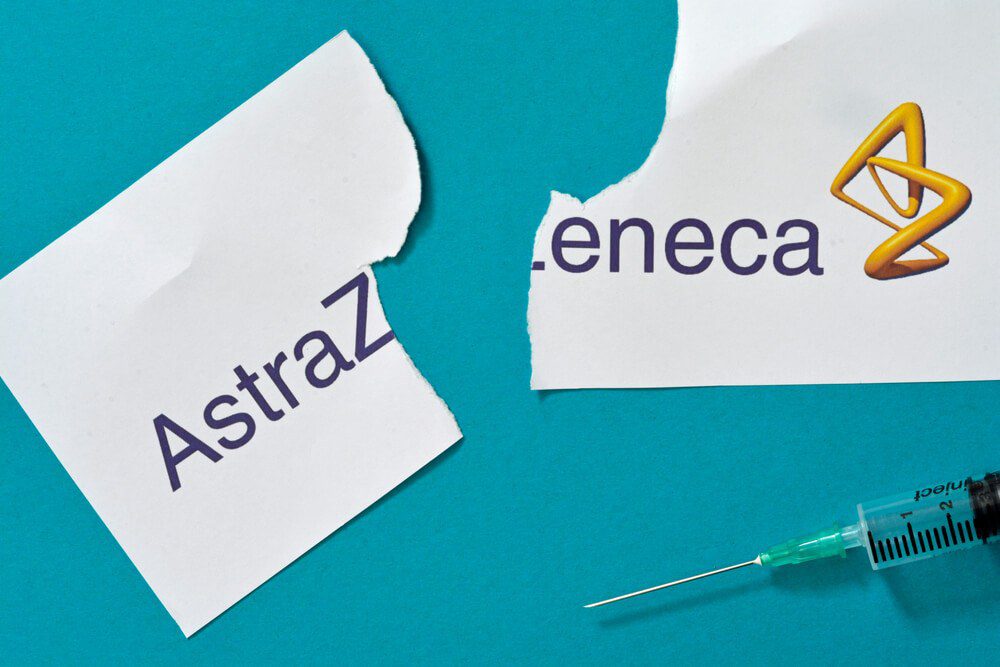 Even though the UK Pound has been on a steady rise since the vaccine was rolled out, that gain is fast slipping. In fact, up to mid-march 2021, it was voted as the best currency in terms of performance. 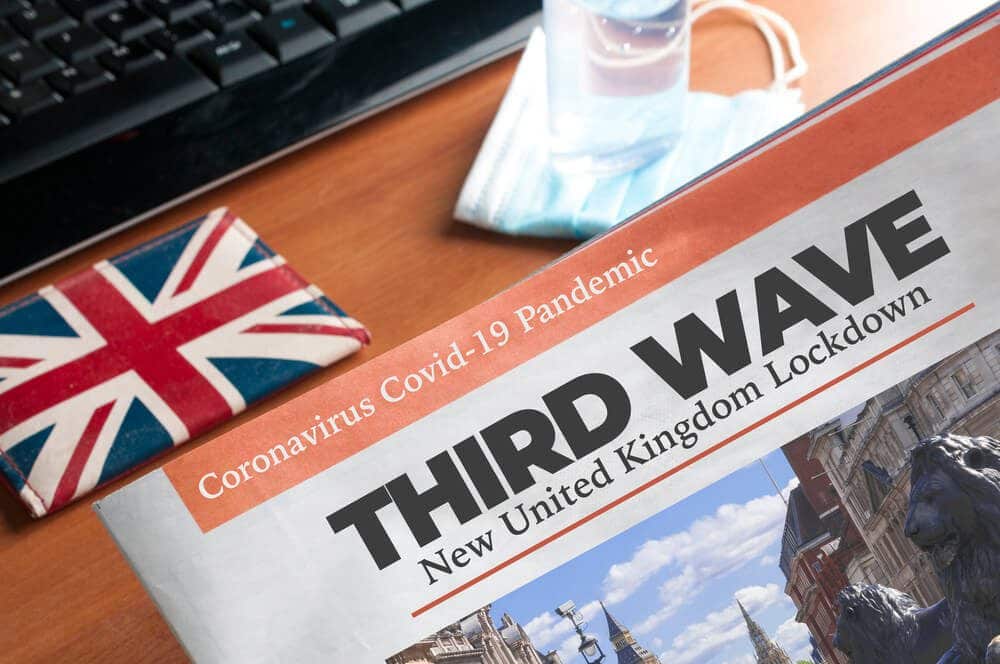 The steep slip is because of the massive halting of the use of the vaccine by several member states.

Another aspect is the inability of the manufacturer to supply enough vaccines among member states. To tame the trend from escalating, the European Union officials are proposing putting restrictions to block the exportation of the Vaccine to the United Kingdom, and some other nations. Some countries such as Germany and France have expressed their desire to stop the vaccine exportation to the United Kingdom to boost its supply to EU member states. 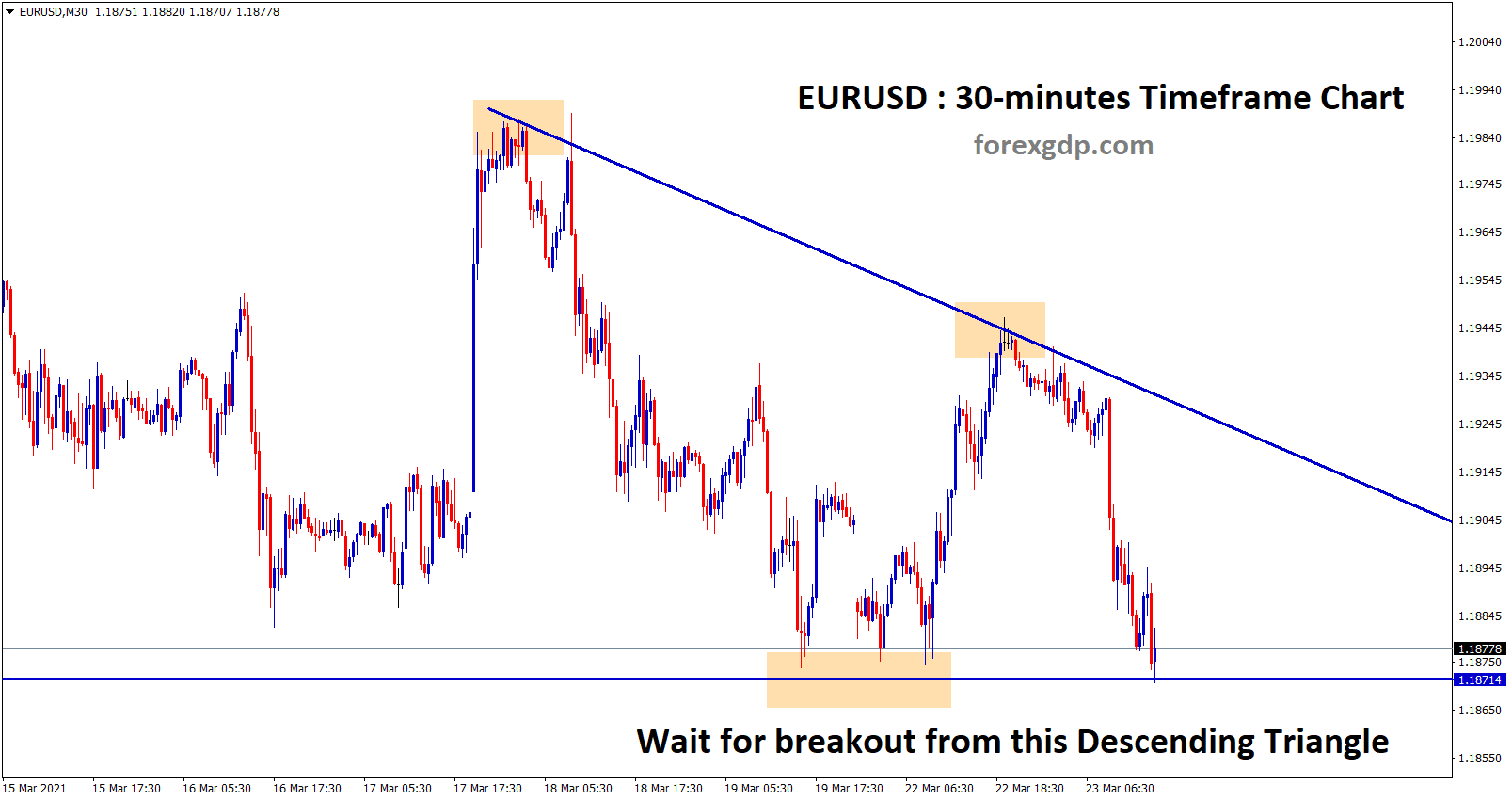 A meeting on Thursday by the EU is likely to determine the fate of more exports to the UK. There have been several pressers on the same issue for the last week. If they decide to stop the export, then the GBP would suffer. If the previous warnings are anything to go by, the supplies could be minimal putting the program in jeopardy. According to Nikesh a Lloyds Bank Economist, how the Pound behaves in the coming days, largely depends on how the Vaccine supply debacle goes. 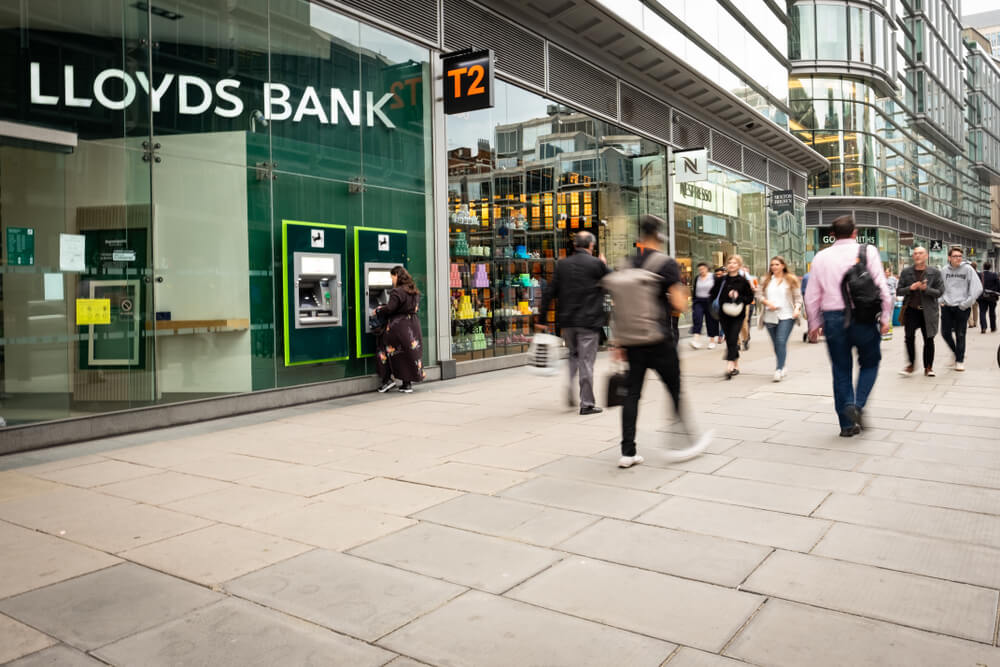 There seems to be a tug of deliberations among the EU, member state officials with some member states opposing the moving. They are said to be against any export bans especially to Covid-19 Vaccines. However, even though, not sure of the degree, a ban could slow the Vaccination drive thereby tilting the prominence of the Pound.

What this means is uncertainty on the part of the Pound that has been prone to sensitive uncertainty since the European Union referendum in 2016. As of last week, the UK Pound to EUR showed a considerable outcome of 1.1717. The level has remained unbroken for the last year and might remain so for some time. The pound still shows some resilient support when paired with EUR. However, the greatest concern is when paired with USD. 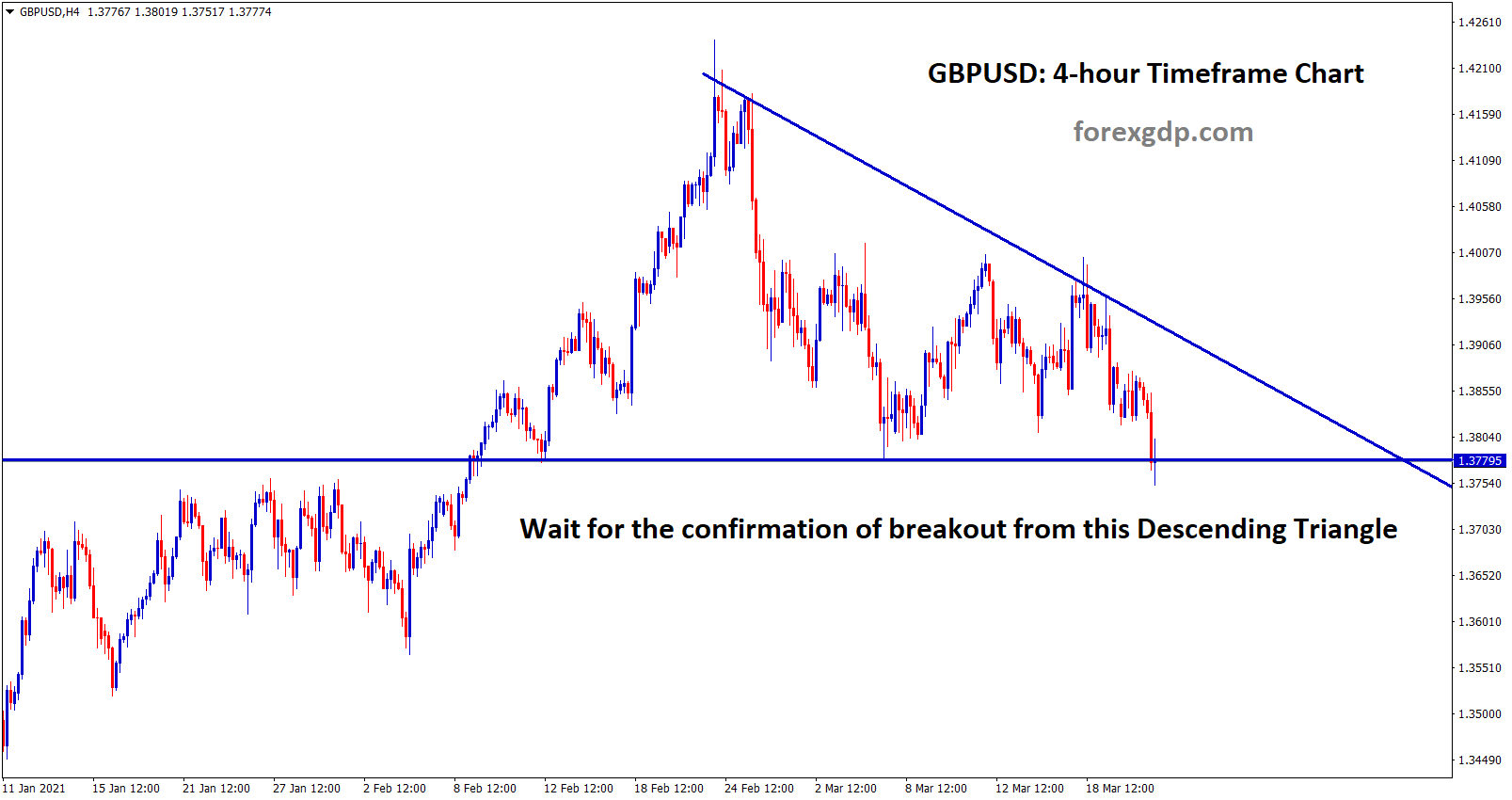 GBPUSD has formed a Descending Triangle pattern in the 4-hour timeframe chart. Let’s wait for the confirmation of breakout from this triangle to catch 200 to 300 pips move on Pound Dollar.

Going by the posting of February the Pound has gone down from 1.42 to 1.38 currently. The Pound has lost some ground compared to the USD. The same scenario almost happening to the EUR when paired with the USD. The USD seems to be gaining ground over the two competing currencies. It is because of the block’s inability to compete with the United Kingdom, and the US in vaccinating its people.

For the EUR and Pound to gain an edge over USD, the AstraZeneca Vaccine availability, and acceptance is the KEY Factor. A continued supply of the Vaccine to the UK means stability and gain to the Pound. The same scenario happens to the EUR, and acceptance of the Vaccine by member countries projects the EUR in gaining momentum. Let us hope the momentum picks up, especially the announcement by the EMA (European Medicines Agency) that the vaccine is safe. The announcement has prompted some countries to start using it once again. 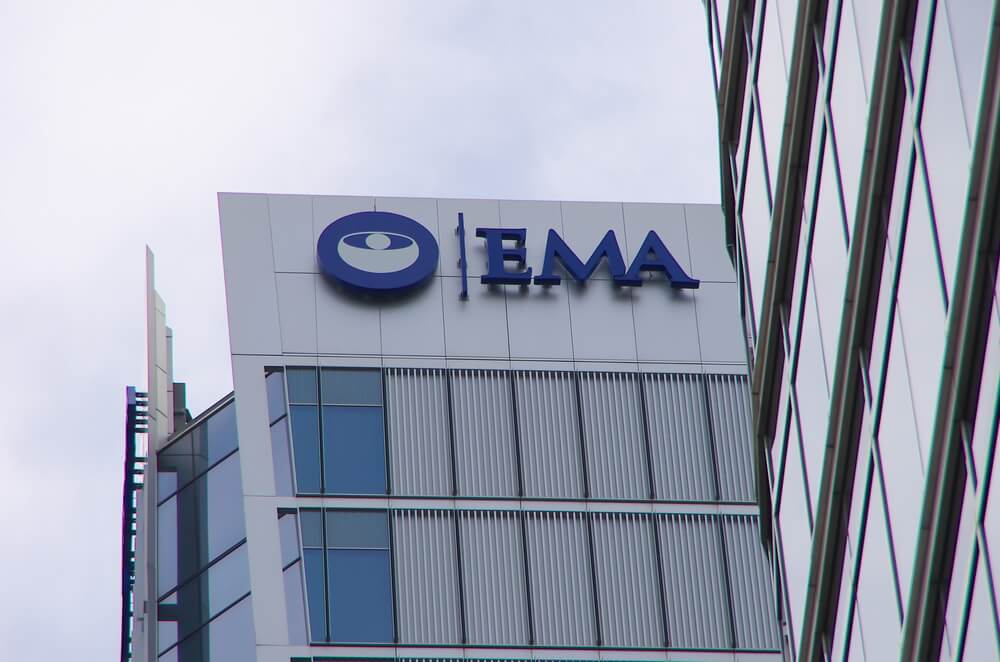 Going forward, as European Union and the UK stagnate on the push and forth about the vaccine, the US is considering an economic stimulus to boost economic growth. For the USD, this will boost its chances of gaining or edging the competing currencies. 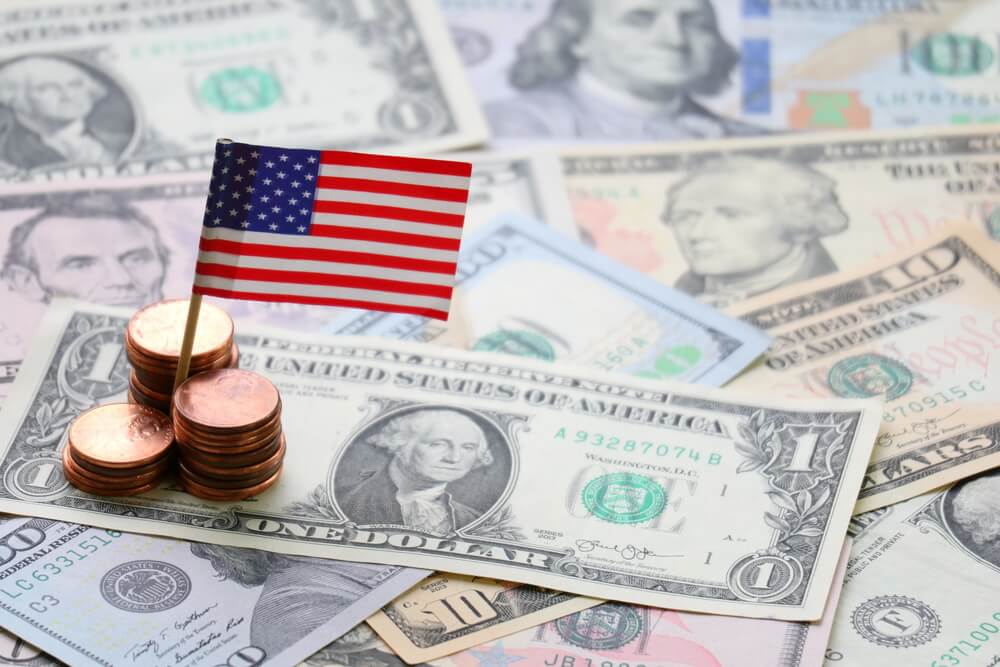 US Dollar Outshine other currencies.

This is the reason the US Dollar is getting stronger today on most of the currency pairs.

Finally, Gold is trying to break the bottom level of the Uptrend line. 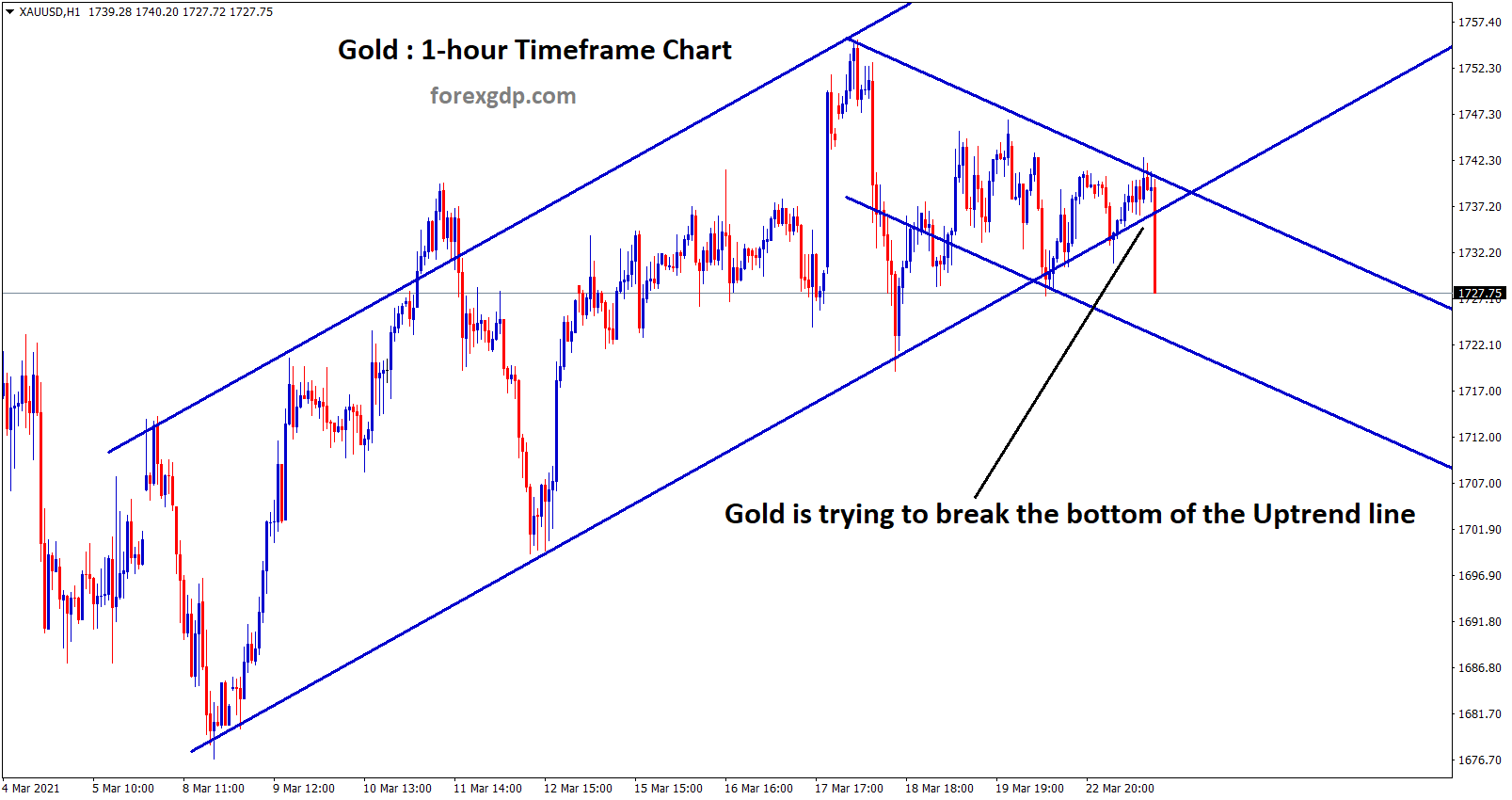 Topics hide
1. Key Takeaways
2. The Third Wave of Covid-19 has mixed fortunes for the USD, GBP and EURO.
3. Gold