The USDCAD charts are on the rise today as a result of the release of the BOC speech and the anticipation of the US interest rates decision. As a result of these releases the USDCAD pair had faced an increase in its value and went as high as around the 1.297 mark. However, it has since dropped slightly and is now teasing at around the 1.295 region. We may continue to see this pair increase throughout the day.

One of the biggest factors that are going to impact the financial markets this week is the upcoming release of the Fed’s interest rates. The Feds are all set to release their interest rate decision early on Wednesday which will reveal a lot about the current economic situation in the country. The previous rate hike was by 50 basis points. However, this time around analysts are predicting the hike to be by 75 basis points. If this does prove to be true, the entire reason this was done was that the 50 basis point hike was still not enough to get ahead of inflation and bring it under control. The Feds are hoping that this hike by 75 basis points is more than enough to finally bring inflation under control. 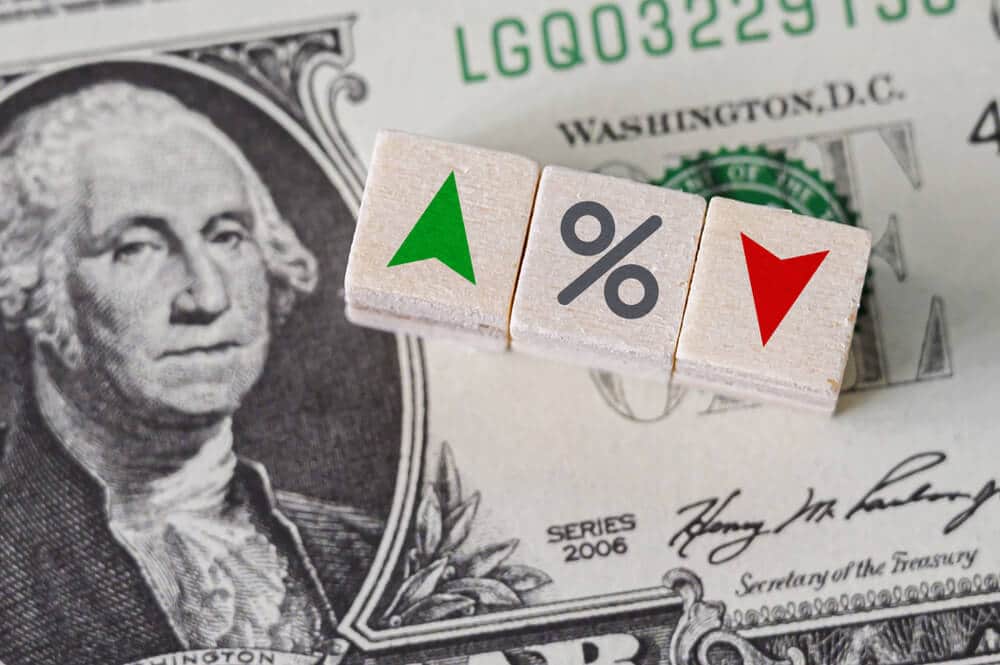 Analysts at Reuters reveal, “Investors have dramatically raised their bets that the U.S. Federal Reserve will raise interest rates by 75 basis points (bps) rather than 50 bps on Wednesday, a swing in expectations that has fueled a violent selloff across world markets. Expectations for a 75-bps hike at the June meeting jumped to 89% on Tuesday from only 3.9% a week ago, according to CME’s Fed watch Tool. Consequently, expectations of a 50 bps rate hike on Wednesday have melted to 11% from a surefire bet a week earlier. Investors worry that a 75-bps rate increase, which would be the biggest since 1994, will negatively impact the valuation of equities, particularly technology stocks, and jeopardize the post-COVID-19 recovery. In the Treasuries market on Tuesday, U.S. two-year yields, which are highly sensitive to rate expectations, spiked to 3.439%, the highest since November 2007. Benchmark U.S. 10-year yields touched 3.479%, their strongest level since April 2011. The yield curve between two-year and 10-year notes briefly inverted on Tuesday as far as 5.4 bps, which typically suggests an incoming recession. The curve was last steeper at 4.2 bps.”

Tiff Macklem, Governor of the Bank of Canada, recently held a speech where he discussed the BOC’s Financial System Review. He states, “With inflation well above the 2% target and the Canadian economy overheating, the Bank’s number one priority is to get inflation back to target, and we are raising interest rates to make that happen. Labor markets are very strong, and household balance sheets have improved overall. The economy can handle—indeed needs—higher interest rates. And given the unsustainable strength of housing activity, moderation in housing would be healthy. But high household debt and elevated house prices are vulnerabilities. If the economy slowed sharply and unemployment rose considerably, the combination of more highly indebted Canadians and high house prices could amplify the downturn. If those in highly indebted households lose their jobs, they would likely need to reduce their spending sharply to continue servicing their mortgage. In addition, a big correction in house prices would reduce both household wealth and access to credit, particularly among the most-indebted households.”

He further reveals, “Events over the past year have emphasized the interconnected nature of the global financial system. Russia’s invasion of Ukraine has increased our concern about cyber security. Globally, state-sponsored cyberattacks have increased in frequency and sophistication since the war in Ukraine began. That increases the risk of attack on a Canadian bank, other financial institution, or our financial market infrastructures. Given the interconnected nature of financial markets, the impact of a successful cyberattack on one institution could spread to the broader financial system. The war has also further added to the level of uncertainty around the transition to a low-carbon economy. In the short term, it threatens global energy security, increasing the dependence on higher emitting fossil fuels like coal, and risks slowing the transition. Over the medium term, transition uncertainty means that assets exposed to the fossil-fuel sector, including those found in the pensions and retirement savings of many Canadians, are at risk of large and rapid repricing.”

After what seems like an eternity, Canada has finally lifted the requirement to be fully vaccinated in order to travel to this maple country. This requirement has previously been mandatory for over two years. Now that the number of covid cases are rapidly decreasing, Canada believes it would be in the best interest of the people to finally lift this ban and allow people who choose not to get vaccinated to finally travel. You should know that although this vaccine requirement has been lifted, you are still required to wear a mask at all times during the journey. This lift in vaccine requirement applies not only to air travel passengers, but it applies to transportation drivers as well who have to drive from the States to Canada frequently as a requirement of their job.

Omar Alghabra, Transport Minister for Canada, reveals, “I’m pleased to announce that on June 20 our government will suspend the requirement to be vaccinated in order to board a plane or train in Canada. Our government will always continue to evaluate measures and will not hesitate to make additional adjustments based on the latest public health advice and science. Travelers entering Canada, meanwhile, must continue to show proof of vaccination. Those departing the country will no longer need to do so. The United States, a popular destination for Canadians, still requires proof of vaccination for those arriving from abroad. Vaccination rates and virus control in other countries varies significantly” and it will “serve as added protection against any future variant.”