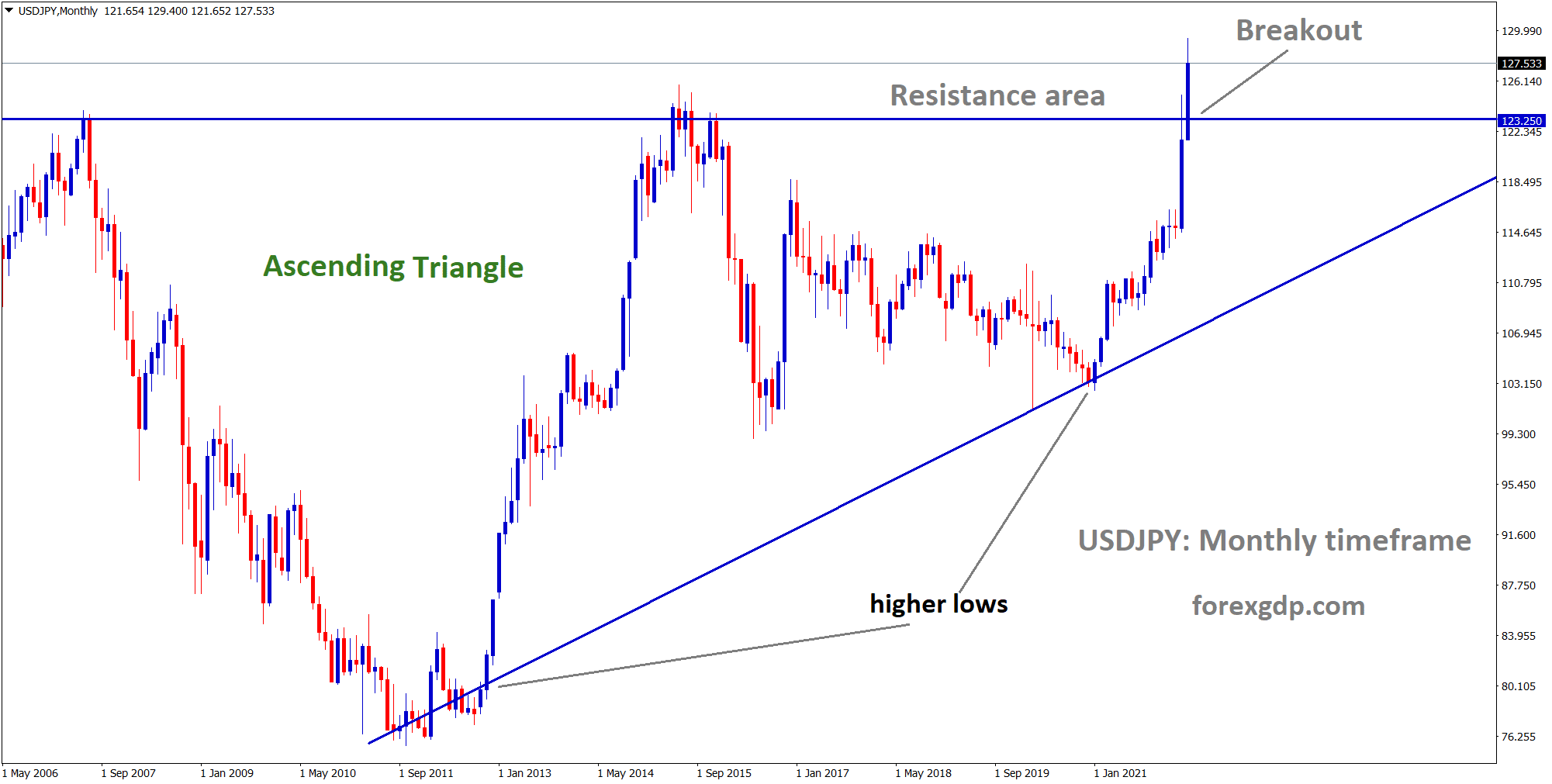 USDJPY has been one of the currency pairs that has been the most 1impacted by the current economic crisis around the globe. In just the span of two months, this major pair has shot up in its charts and managed to cross some levels which hadn’t been seen in over 20 years.

This is mainly due to the drop in the value of the JPY as a result of the ongoing inflation in the country. However, recently some relief was given to this inflation crisis when Kishida announced that he would release some relief packages to the most impacted households. This caused the USDJPY to finally stop in its tracks and it has since been teasing around the 127 region.

The inflation crisis is not limited to any single country. It has impacted the majority, if not all, the countries around the globe. Japan is one of the countries that has taken the brunt of the impact. As a result of the inflation crisis, Japan’s economy has severely dropped in value. Due to this huge drop, USDJPY has seen one of the sharpest increases in its market value. The USDJPY is seeing numbers it has not seen in over 20 years. As a result of this inflation crisis, households in Japan have been struggling to put food on the table. It has become almost impossible for an average household to survive on a regular income. In order to help ease the situation, Japan’s Prime Minister Kishida has announced his plans to provide a relief package worth about 13.2 trillion yen to help support struggling households to pay for basic necessities. 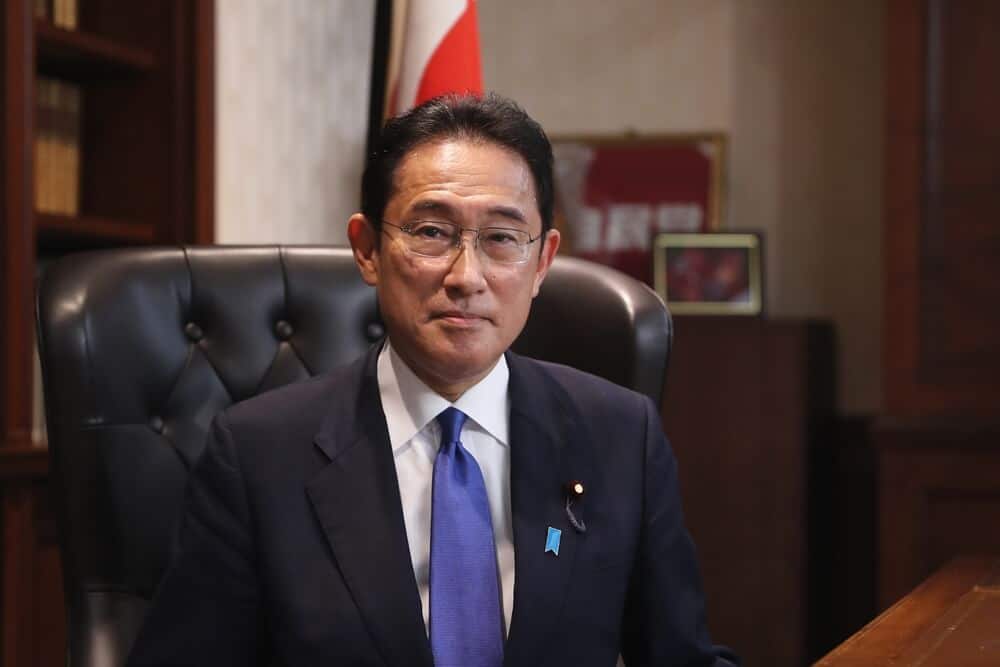 According to Kishida, “The government will tap reserves set aside under the current fiscal year’s budget to fund some of the measures that require fresh spending. It will lay out by June an action plan on steps to promote ‘new style capitalism,’ long-term fiscal and economic policy guidelines. We will compile an extra budget, and aim to pass it through the current parliament session.

It is important to promote the use of nuclear power, and renewable energy to stabilize the energy market. It will lay out after the upper house election, a comprehensive package of policies, including energy, to promote change in Japan’s society.” Chotaro Morita, Chief Bond Strategist at SMBC Nikko Securities has also revealed their analysis on the subject. They state, “Mitigation measures to curb gasoline prices are estimated to knock 0.5 percentage point off the consumer price index for the May-September period when they are implemented. The government will likely compile a second extra budget in autumn or later this year.”

Early on Monday, Japan released its unemployment rate for the past month. It was revealed that the unemployment rate dropped to 2.6%. This was lower than what it was predicted to be. It is also lower than the previous unemployment rate of 2.7%. Economists and analysts believe that the drop in interest rate is probably due to the fact that the Covid situation in the country has significantly improved. After China, Japan was one of the major Asian countries suffering from another wave of covid cases. Businesses had to be shut down which caused a ton of people to lose their jobs. But as of last month, the covid situation had significantly improved which caused businesses to be able to reopen once again. This definitely contributed to the drop in the unemployment rate.

Yuki Masujima, an Economist at Bloomberg has been analyzing the current unemployment situation in Japan. Masujima states, “The employment figures suggest that falling omicron-variant case numbers and the lifting of restrictive measures helped boost the labor market, partly by allowing restaurants and bars to open for longer. Looking ahead, we expect the labor market to tighten slightly in April, the first full month after the end of recent virus curbs. Pent-up demand for eating out, travel, and entertainment should support hiring. Still, Japan’s economy is expected to have contracted in the first quarter, as the world’s third-largest economy struggled amid its worst wave of Covid-19 cases yet.”

Shunichi Suzuki, Japan’s Finance Minister held a speech early on Tuesday where he talked about the future monetary plans for Japan’s economy. Suzuki has been known to not be direct in his speeches and he often doesn’t reveal the true extent of the situation. This proved to be true once again in his latest speech where he revealed that the downfall in Japan’s economy was nothing to be worried about and that it doesn’t require any monetary policy changes. He believes the economy needs to go through some hardships in the short term but in the long run, it will soon return back to its normal economic levels. Traders don’t believe what he’s saying one bit as it is quite evident that the economy is struggling.

According to Suzuki, “ We will closely watch the impact of recent yen falls on Japan’s economy and price with a sense of urgency. We discussed the existing Group of Seven thinking on foreign exchange. We’ll respond based on that agreement.” Hiroaki Muto, an economist at Sumitomo Life Insurance has revealed his thoughts on the current economic situation in Japan. He states, “The U.S. currently has a consensus that inflation is bad as food and fuel prices are soaring in America. If they decide to intervene to weaken the dollar against the yen, the problem only worsens. The BOJ is expected to not tighten its monetary policy for some time, so essentially the weak yen is Japan’s fault.”

In other news, despite several countries contributing to the global oil demand through their own oil reserves, this major commodity is still in short supply everywhere.

The oil firms in Libya are unable to produce oil due to the political tensions in the country. Saudi Arabia is cautious in their oil production as well due to having an attack on their oil firms not long ago. Russia is currently banned from selling its oil around the world due to the inhumane activity they are conducting in Ukraine. All these factors contribute to the current oil supply shortage in the world.