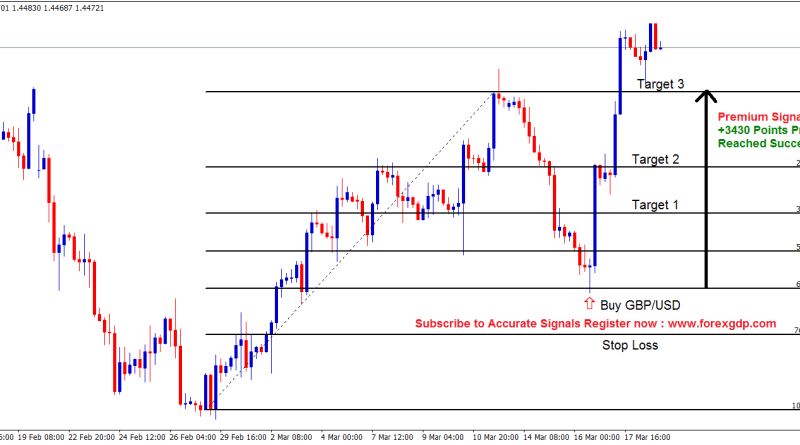 Forex trading has greatly evolved over the years and it is now filled with all sorts of trading strategies created by both traders and analysts. These trading strategies are usually a hit or miss and you won’t know if it works for you until you try them out for yourself. What’s great about these strategies is that they usually come built-in on popular trading platforms like MetaTrader 4, MetaTrader 5, and cTrader. Some proprietary platforms also come with pre-existing trading strategies. This way you wouldn’t have to perform the actual calculations in order to create the trading strategy and it would already be done for you which can save a ton of time and energy.

The trading strategy we’re going to be talking about today revolves around the Fibonacci numbers. The Fibonacci theory was actually created by a really famous Italian mathematician when he was studying a series of numbers that created ratios that could be used in different ways to perform technical analysis. Now, these numbers weren’t originally created for the purpose of forex trading. They were simply used to study ratios and proportions. However, over time, several analysts realized that these numbers could actually be really useful for forex trading as well. The series of numbers start from 0 followed by 1. Then you add these two numbers together to get the number 1. You keep on adding the latest number with the previous number to create the Fibonacci sequence. It would look something like 0,1,1,2,3,5,8,etc.

Like any trading strategy, we highly recommend first trying it out on a demo account. This is because the last thing we want is for you to lose a ton of investment on a strategy that doesn’t even work for you. Since there are quite a few popular strategies in the trading industry, you should definitely try out as many as you can as you wouldn’t want to miss out on a strategy that has the potential to help you earn quite a bit of money. The Fibonacci Retracement strategy which we’re going to be talking about in just a bit is actually a really popular strategy. But that doesn’t guarantee that it will work with your trading style. Let’s dive into the details of this strategy in order to figure out why it’s so popular and if it’s the right strategy for us.

In forex trading, we’re going to be focusing on the retracements part of the Fibonacci theory. Fibonacci Retracement levels are horizontal lines on a chart that predict any future potential support and resistance levels. The theory is that after the price begins a new trend direction, the price will retrace or return partway back to a previous price level before resuming in the direction of its trend. This theory is used to find out the level or price at which the market is going to retract. This is useful in situations where a trend is taking place and we’re late to enter it so we wait for the market to retract in order to enter the trend at the right time.

This method works by using the Fibonacci sequence to analyze historical data and see where the previous support and resistance levels have occurred in order to understand the chances of it occurring in the same region again. What you need to know about this method is that it only works if the market is trending. This means it’ll only work if the market is either in an uptrend or in a downtrend. It won’t work if the market is pretty much stable. This is also why this strategy best works in markets like the XAUUSD since these are very volatile markets. It won’t work as well with minor currency pairs like the EURGBP since their markets are relatively stable most of the time.

There are a couple of different popular retracement levels which include 0.236, 0.382, 0.618, and 0.764. But it really depends on where the market is at any given moment as the Fibonacci indicator customizes itself to each market level in order to give you the best possible scenarios and the best chance to make optimum profits. The Fibonacci retracement ratio of 0.500 is not exactly approved but it is still being widely used and is just as accurate as the other retracement levels. In a way, Fibonacci Retracement becomes self-fulfilling as well since a ton of traders are placing their buy limits, sell limits, and take profits on these levels. This further helps the market actually retrace into these Fibonacci levels. In order to apply Fibonacci Retracement to your trading, you have to first identify the highs and lows in any given timeframe. Let’s get into more detail on this below:

It is a common misconception that you can use any timeframe to accurately perform the Fibonacci Retracement strategy. While technically this is true, we still highly recommend using the shorter timeframes as they produce a much more diverse chart. The benefit of a diverse chart is it is much easier to identify the recent highs and lows. This can help the indicator produce the most accurate Fibonacci Retracement levels. If we’re using a much higher timeframe, the candlesticks are very less and don’t accurately represent the recent highs and lows. They only show the highs and lows of a bigger time period.

How to Not Lose Money with Fibonacci Retracements

While the Fibonacci Retracement is among the most popular strategies in the forex industry, that doesn’t mean you have to trust it blindly. While it is definitely a good strategy, there is no better strategy than manually interpreting the chart by yourself. This is why if you do still use the Fibonacci Retracement method, we highly recommend placing stop losses in order to prevent losing money in case the strategy ends up failing. One of the biggest confusing points for traders is that they often don’t know where to place the stop loss for optimum results. The best place to position stop losses is either just below a Fibonacci level in an uptrend or just above a Fibonacci level in a downtrend.

The Fibonacci Retracement is among the top most popular strategies in the forex industry. There are a couple of factors contributing to this situation. One factor is the fact that Fibonacci is being used in a lot of different technical environments, not just forex trading. This makes it much more trustworthy as traders know other fields are depending on it as well. The second most obvious factor is the fact that it is a proven strategy that apparently works the majority of the time. While no strategy can be completely accurate and fool-proof, traders believe that Fibonacci Retracement definitely comes close to being so.