Since from the year 2017, CHFJPY is moving up and down between the Resistance and Support Zones for more years.

The market fails to break the support zone and it has bounced back from the strong support zone on April 2017, December 2018 and September 2019. 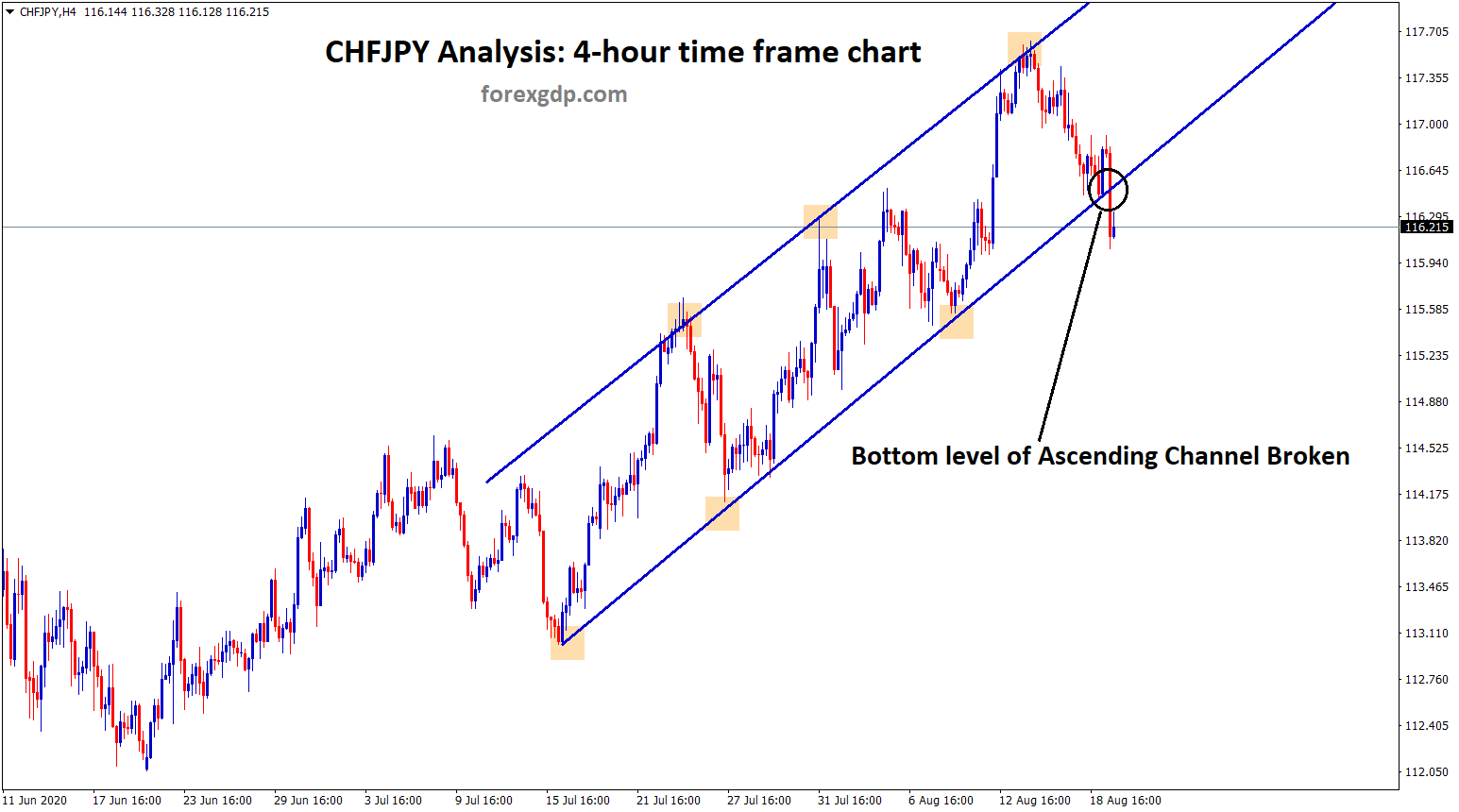 In the 4-hour timeframe chart, CHFJPY is moving in an Ascending Channel for a long time.

Today the bottom zone (higher low) of the Ascending Channel has broken.

This shows that CHFJPY starts to make correction now from the strong resistance.