NZDUSD Monthly Time Frame Analysis: Market is moving in an Ascending triangle pattern and the Market has rebounded from the higher low area of the Triangle pattern.

After a very intense month of facing both highs and lows, NZDUSD is once again in hot waters and it is all probably due to the recent release of the RBNZ speech and the recent initial jobless claims report from the US which was better than expected.

NZDUSD H1 Time Frame Analysis: Market is moving in an Ascending channel and the Market has reached the higher low area of the channel.

Just today, the NZDUSD pair has climbed as high as 0.657 but has since dropped and is now teasing around the 0.654 region. It is expected that the NZDUSD pair may continue to downtrend throughout the day.

Christian Hawkesby who is the deputy governor of the Reserve Bank of New Zealand recently held a speech where he discussed normalizing the process for banks setting dividend payments, by removing the restrictions placed on the country’s registered trading banks at the height of the COVID-19 pandemic. He states, “In March 2020, we put in place a complete restriction on banks paying dividends to their shareholders, in order to support financial stability at a time of acute uncertainty and volatility in the world economy and financial markets. With the economy and financial system more resilient than expected, in March 2021 we announced an easing in restrictions, with a 50% dividend restriction put in place until 1 July 2022. We noted that we intended to normalize the process by removing the restrictions on 1 July 2022, subject to no significant worsening in economic conditions.” 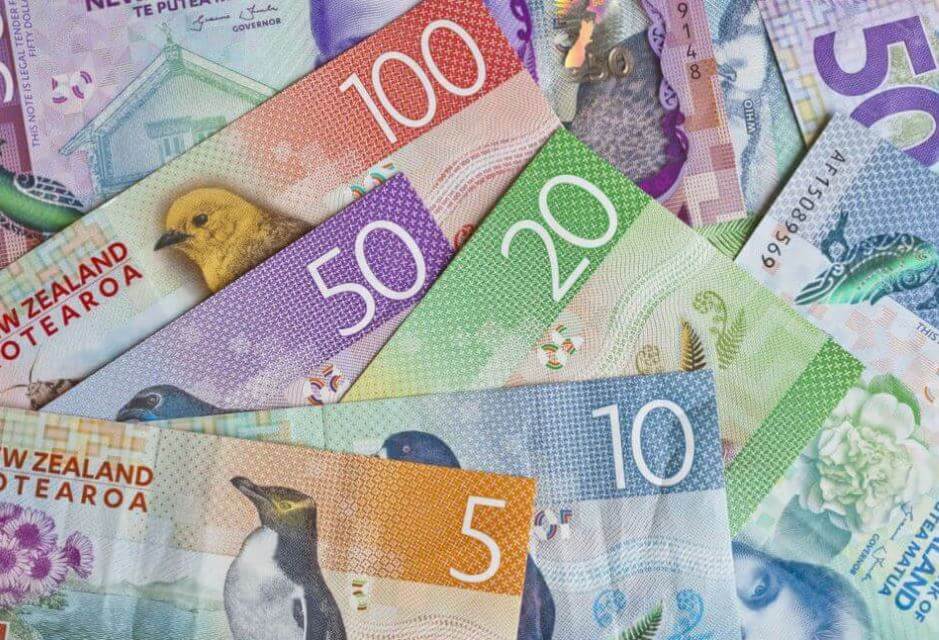 He further reveals, “Underlying strength remains in the economy, supported by a strong labor market, sound household balance sheets, continued fiscal support, and a strong terms of trade. However, the economy is still facing headwinds, including heightened global economic uncertainty, cost pressures, and low consumer confidence. As such, banks should ensure that they are well placed to manage the impacts of a weaker activity on their balance sheets and to assist customers. The restrictions have supported financial stability during the height of the COVID-19 pandemic. With the restrictions coming to an end, we are communicating with the country’s registered trading banks about our ongoing expectation that banks put the need to support households and businesses at the center of their assessment of the appropriate level of dividends, and continue to be prudent in determining the appropriate size of dividends paid to their shareholders.

NZDUSD H4 Time Frame Analysis: Market is moving in an Ascending channel and the Market has Fallen from the Horizontal resistance area of the Pattern.

Banks’ dividend decisions should also take into account the higher capital requirements, which begin to apply to systematically significant banks at the same date as set out in the Reserve Bank’s Capital Review. These requirements will help support financial stability and the wellbeing of New Zealanders.”

Early on Thursday, it was revealed that the Initial Jobless Claims report for the United States fell to a level of 200,000 claims. This comes as a surprise as it was much lower than what was expected. Last period’s jobless claims were at a level of 211,000 and it was forecasted that this year, the level would be about 210,000. However, it actually turned out to be 10,000 less than what was predicted. Economists believe that the reason for this drop in numbers is most probably due to the recent report that revealed that there were about 128,000 new jobs created in the United States this month. Similarly, about 325,000 new jobs were created in the United States just last month. These new jobs are probably the reason why unemployment has gone down quite a bit more than what was initially expected. Noreen Burke, an analyst for Investing reveals, “The private sector data suggested that demand for labor may be beginning to cool after another report on Wednesday showed that U.S. job openings fell in April, but remained at elevated levels, indicating that wages would continue to rise, contributing to already high inflation. Markets are looking ahead to Friday’s government nonfarm payrolls report for May on Friday. Economists are expecting the economy to have created 325,000 jobs last month, in what would represent the slowest rate of job creation in around a year. Wage growth is expected to remain solid amid a shortage of workers and the unemployment rate is expected to tick down to 3.5%. Investors are closely watching economic data for clues as to what it might mean for interest rates with the Federal Reserve in an aggressive rate hiking cycle aimed at curtailing soaring inflation, which is running at the highest in around 40 years.”

Early on Thursday, it was revealed that the US crude oil inventory levels had fallen quite a lot more than what was initially expected. Analysts had initially predicted that the crude oil inventory levels would only fall by about 500,000 barrels. However, we soon found out that it had actually fallen by about 5.1 million barrels. This news had truly shocked both analysts and economists globally. The remaining crude oil in the US inventory is just about 414.7 million barrels. Although this still seems like quite a lot, you have to understand that this is nothing compared to how much they had in their reserves before the oil shortage that took place worldwide. At the moment, the US is probably burning more fuel than they’re making which is why the numbers are dropping significantly. They need to get a grip on their levels before it’s too late.

NZDUSD Weekly Time Frame Analysis: Market is moving in the Descending channel and the Market has rebounded from the Lower low area of the channel.