Topics hide
1. The Terra Network Background
2. The Terra (LUNA) Crash
3. Do Kwon On The Crash
4. Public Reaction To The Crash
5. Similar Circumstances

LUNA/USD All-time high is 120 US dollars. Now the market price fell to 0.80$ today. Terra Luna Crypto has crashed from 80 USD to 0.80 dollars in the last 5 days due to technical issues on this project.

Is it good to buy on this DIP?

What price it will move next? Let’s see.

The Terra Network is used to create stablecoins pegged to fiat currencies. It consists of two native tokens which are Terra (LUNA) and TerraUSD (UST). UST is a stablecoin that is pegged to the USD. But it isn’t like other stablecoins as it links itself to the USD through the LUNA token which is an algorithmic approach. The LUNA is meant to help stabilize the UST if it ever deviates away from its peg value of $1. The Terra blockchain is built on Cosmos SDK which is a framework that helps developers create custom blockchains much more efficiently. This project is popular in the Asian market with 10% of its investors being from China alone.

In these last couple of days, we’ve witnessed the price of the Terra (LUNA) go from highs of about $90 to lows of about $0.8. It had dropped about 99% in its market value. This comes despite the fact that the UST was a stablecoin that was meant to keep the value of the currency at a 1:1 to the USD. It is important to note that the UST is an algorithmic stablecoin that has a bad history of not really being stable during times of volatility. This proved to be true once again when the current inflation crisis along with the monetary policy updates had caused the market to become extremely volatile and unstable. This caused the UST to lose its peg to the USD and it dropped significantly in value. In the past few days alone, we’ve witnessed the market capitalization for the Terra (LUNA) drop from $30 billion to about $3.5 billion. Even if they somehow restabilize this cryptocurrency, I doubt anyone would trust it once again.

Do Kwon On The Crash

Following the crash crisis for UST and Luna, Founder of the Terra Network, Do Kwon had been silent for quite a while. When investors started reaching out to him, he stated he was trying to stay completely focused on resolving the issue which is why he was unable to update everyone on what was exactly going on. Investors had the right to know as the entire reason this chain is even successful is because of them. If they sell their coins, Luna would suffer even more. Do Kwon took to Twitter to reassure everyone and update them on what exactly was going on and how they plan on resolving the matter.

Kwon states, “I understand the last 72 hours have been extremely tough on all of you – know that I am resolved to work with every one of you to weather this crisis, and we will build our way out of this. Together.” In another statement, he writes, “Before anything else, the only path forward will be to absorb the stablecoin supply that wants to exit before $UST can start to repeg. There is no way around it. We propose several remedial measures to aid the peg mechanism to absorb supply: First we endorse the community proposal 1164 to Increase basepool from 50M to 100M SDR. Decrease PoolRecoveryBlock from 36 to 18. This will increase minting capacity from $293M to around $1200M.” He ends his Twitter thread by stating, “With the current on-chain spread, peg pressure, and UST burn rate, the supply overhang of UST should continue to decrease until parity is reached and spreads begin healing.”

Public Reaction To The Crash

Several statements from industry experts have been pouring through with their own opinions on this crypto crash. These statements reveal the exact fear and predictability that an algorithmic stablecoin was bound to cause. 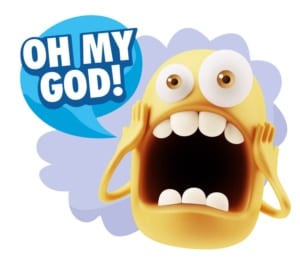 Janet Yellen, Treasury Secretary, reveals, “With stablecoins, we see run risks, which could threaten financial stability, risks associated with a payment system and its integrity and risks associated with increased concentration if stablecoins are issued by firms that already have substantial market power. A stablecoin known as TerraUSD experienced a run and declined in value. I think that this simply illustrates that this is a rapidly growing product and there are rapidly growing risks. We really need a consistent federal framework.”

A popular user on Weibo also states, “LFG [Luna Foundation Guard] announced lending $1.5 billion to rejuvenate UST, but from my perspective, Luna has seen its day. Even if it’s rescued, it might go on to suffer from Parkinson’s disease, trembling and left half-alive. No one would dare get involved following such a trust crisis.”

Jennifer Lu, Co-Founder of Coinstore, explained this entire ordeal by stating, “The recent incident of UST losing its dollar peg has sent shockwaves across the crypto market as it has exposed the weakness of algorithm backed stable coins. During the larger liquidations due to the macro-market volatility, UST fell down to as low as $0.60 yesterday which sparked a major sell-off in LUNA and resulted in one of the biggest price crashes in LUNA’s history. Luna Guard Foundation (LGF) scrambled to support UST by liquidating large Bitcoin wallets for sustaining UST’s value. As we speak, LUNA is down to $11 from its all-time high of $119.18 in April 2022, this phase of instability in LUNA will remain because the overall crypto market is expected to remain choppy in the coming weeks.”

This was not the first time a crash resulted due to a stablecoin. About a year ago, we witnessed a very similar circumstance where a stablecoin called IRON which was backed by the token TITAN had faced a market crash. Due to this crash, its value dropped to zero. The crash was said to be a result of uncertain and unstable market conditions which couldn’t have been avoided. This was called “the world’s first large-scale crypto bank run.”

Another similar situation could be seen when back in 2008, the Reserve Primary Fund fell from $1 per share to $0.97 per share. This was a money market mutual fund with $68 billion in assets that had to file for bankruptcy during the financial crisis. When the bank collapsed, investors rushed to redeem their shares before their value got even worse. Money market funds were previously thought to be quite safe but not anymore.

Don’t trade all the time, trade the markets only at the confirmed trade setups.