Where Is The EURGBP Today

EURGBP has been one of the currency pairs that has been the most impacted by the current economic crisis around the globe. Although previously been reaching new heights, this past week it has mainly struggled to stay above support levels. However, it seems like it finally broke off from this trend and is again in bearish markets.

EURGBP is moving in an Ascending channel and Market has reached the higher low area of the channel.

This is mainly due to the recent speech by ECB Panetta and BOE Hauser where they discussed monetary policies. This caused the EURGBP to again begin a downtrend and it has since been teasing around the 0.851 region.

Fabio Panetta who is a member of the executive board of the European Central Bank recently held a speech where he talks about the economic and monetary affairs of the European Parliament. He reveals, “First, since our last Convergence Report in 2020, the seven Member States under review have made limited progress overall towards meeting the convergence criteria, with the notable exception of Croatia. This lack of progress is mainly due to challenging economic conditions. While the countries rebounded strongly from a longer than initially expected COVID-19 shock, the Russian invasion of Ukraine has darkened economic prospects. From a legal perspective, Croatian law is compatible with the Treaties and the Statute of the European System of Central Banks and of the European Central Bank. What is key is the amendment to the Law on Croatia’s central bank, which prohibits the Croatian Government from seeking to influence the members of its decision-making bodies.”

The situation has clearly deteriorated compared with 2020 when only one country was above the reference value. Furthermore, most countries have made no progress in reducing fiscal imbalances, which is not surprising given the COVID-19 pandemic and the fiscal measures adopted to mitigate its economic impact. As regards the exchange rate criterion, the Bulgarian lev and Croatian kuna were included in the exchange rate mechanism (ERM II), on 10 July 2020. Over the two-year reference period, the Bulgarian lev did not exhibit any deviation from its central rate due to its currency board arrangement, while the Croatian kuna displayed a low degree of volatility and traded close to its central rate.”

Early on Thursday, Andrew Hauser who is the executive director of the Bank of England held a speech at the Federal Reserve Bank of New York and Columbia SIPA Workshop where he talked about letting go of the traditional ways of balance sheets and adopting digital currencies. He reveals, “The impact of any increase in demand on the size and composition of central bank assets depends on whether, and how, central banks choose to accommodate that demand. I’ve already noted that, in systems like the UK’s, digital currencies may cause some banks whose deposit bases have been partially disintermediated to increase their borrowing from market-wide facilities. A more interesting case could arise if the central bank chooses instead to back persistently higher demand with more long-lasting assets, for example, to reduce rollover risk. A modest size, that may look a little different from today’s banknote programs. But if digital currencies took off at scale, careful thought would be needed as to how best to structure such asset holdings to manage balance sheet risks, and minimize any unintentional interference with other policy uses of the balance sheet.” 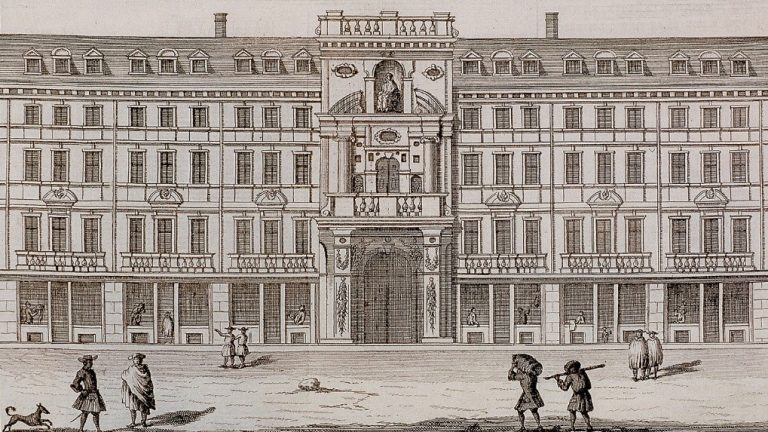 He further adds, “CBDCs, if adopted, would be the first new type of central bank liability for centuries. They could have important implications for the size, composition, and risk profile of our balance sheets; for the monetary policy transmission mechanism, and for monetary control. We need to understand these effects and build them into the design of CBDCs and our operational toolkits. But, by themselves, balance sheet considerations do not obviously present any ‘redline’ arguments against CBDC adoption, if that is the chosen way forward. Indeed, while the technologies for such currencies would be new, the use of the central bank balance sheet to provide state-backed transactional money is one of our most longstanding functions. The dog may be old, but it can still perform new tricks!”

The European Union has a defense policy that secures all the members of the EU states except Denmark. Denmark has long fought for its place in the EU’s defense council. There were several exemptions in place which prevented Denmark from securing a seat at this table. However, for the first time since 1993, the government of Denmark has succeeded in abolishing several of these exemptions which thus led it to finally become a member of the EU’s defense policy. With everyone who had to vote to allow Denmark to become a part of this policy, about 67% of members voted in favor of Denmark. It is still unclear who didn’t want to bring Denmark into this council but since this is private information, we probably will never know unless they reveal it themselves. The EU was only open to abolishing some of these exemptions as a response to the Russian invasion of Ukraine.

EURGBP is moving in the Box Pattern and Market has rebounded from the Horizontal Support area of the Pattern.

Economists at Al Jazeera have been following the story and reveal, “While not an outcome that will have significant practical implications for the EU, the result will be viewed positively in Brussels and in NATO, and is part of a trend of European countries moving closer together. The main effect of abandoning the opt-out will be that Danish officials could stay in the room when EU colleagues discuss defense topics, and Danish forces could take part in EU military operations through the bloc’s CSDP. It is the first time that one of the four Danish opt-outs from the EU’s Maastricht Treaty, which laid the foundation for political and economic union, was scrapped by voters in Denmark.”