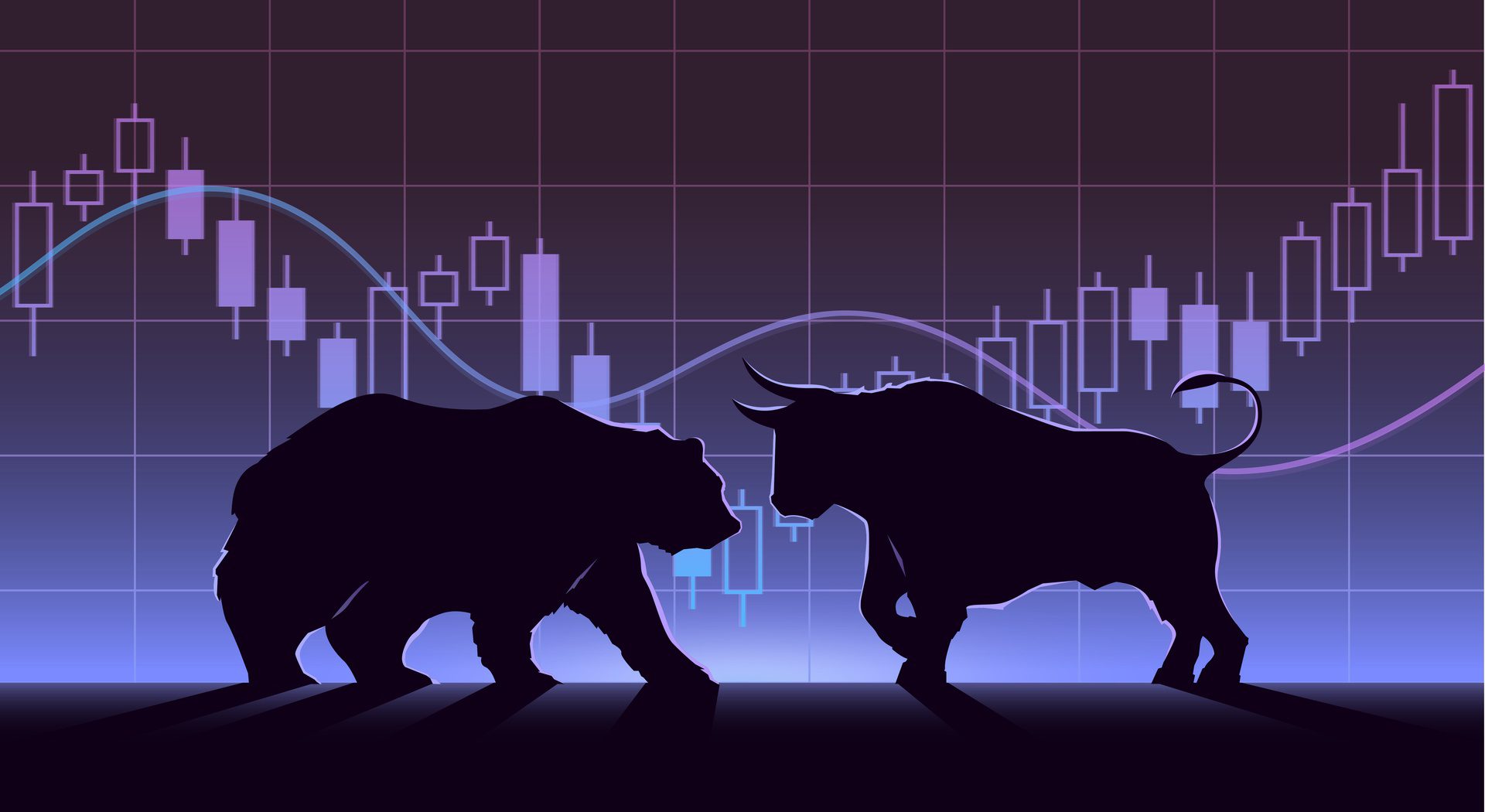 The whole technical analysis on Forex is based on the statement that the history on the market repeats, therefore, a trader observes the same type of events of similar trading situations from time to time. Forex chart pattern is a graphic template that makes it possible to predict further price movement on the market. That is why it’s important to be able to recognize them in time.

In this article, we will focus on what are reversal patterns and the most popular, reliable and relevant reversal chart patterns in the Forex market.

What is a reversal pattern?

Reversal chart pattern means that the currency pair (or any other financial instrument) is already at its peak, followed by a reversal. In the future, the price will move in the opposite direction and this is the right time to make deals.

Thus, when a continuation pattern of the trend appears, it is necessary to open orders in the direction of the old trend, and when a reversal pattern appears, open orders against it, in a new trend.

“Head and Shoulders” is one of the most common reversal patterns of technical analysis.

It is important to remember that Head and Shoulders are formed after the uptrend and turns the price around, creating a new downtrend.

The left and right shoulders are not always symmetrical; they may have different widths, highs or lows.

This pattern consists of several components:

So the Head and Shoulders reversal pattern is formed of three peaks, the average of which is higher than two others. It should be noted that the right minimum of the “head” should be slightly higher, in relation to the left minimum of the top. Thus, the neckline of our Head and Shoulders pattern should be slightly raised from left to right on the top. Although this condition idealizes the model, there are cases when the neckline is located horizontally and even slightly tilted from left to right … These models also work but they have a slightly higher probability of failure than the classical patterns.

Usually, all newbies see or at least try to find this model on the charts, because it is described in almost any book about the Forex market, all lecturers and Forex courses. But despite the fact that this model is quite popular, most traders identify it completely incorrectly and do not know how to apply it in trading.

The most popular trading platform where most traders start and learn trading is MetaTrader 4, which can be downloaded on the website of JustForex for free. JustForex Broker is one of the leaders on the Forex market. It has been working since 2012, has an official license and beneficial conditions which helped to gain millions of clients in 197 countries.

To correctly identify this pattern, you should pay attention to the following points:

These Points as Well!

To determine Double Top, a trader should closely monitor the price behaviour.

Double Top is formed at the moment when the rate of a financial instrument rises to a strong resistance level on the uptrend but does not break through it for the second time, turns around and begins to decline. Many conservative traders expect the moment when the formation of a “Double Top” will be completed. The price must break through the local minimum that is located between two tops.

As practice shows, the Triple Top figure is formed much less frequently than the Double Top or Head and Shoulders patterns and in some way, it is something average between these patterns. Triple tops, respectively, have three maxima, which makes it look like the Head and Shoulders figure, and the relative equality of the data of both maxima gives a similarity to the Double top’s pattern. This figure is traded and calculated in a manner similar to the Head and shoulders pattern. 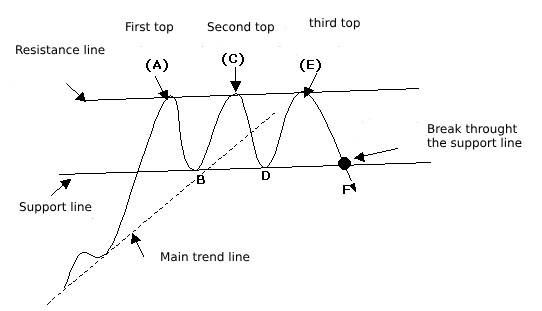 In case of success, a line connecting minima (B and D points) breaks through. The price falls below any of them. The uptrend can be considered inconclusive and broken. This is as sufficient conditions contributed to this and a new minimum will soon be formed. 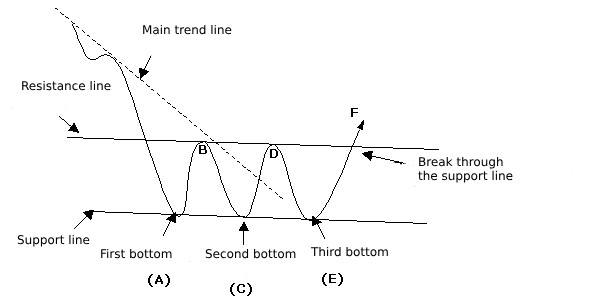 The main line breaks due to traders who come out of the outdated trend. The trading volumes are increased and the movement is accelerated.

The price often comes back to the past level of support. Such conditions are considered to be almost perfect for selling and opening short positions. This is as it becomes possible to place fairly close stop orders.

It should be noted that the Triple Bottom pattern is a mirror-like, as well as the rules for this pattern.

There are two types of wedge figure:

Rising wedge is formed when price increase slows down and a narrowing pattern is being formed. Prices are unable to continue to grow, but at the same time, they continue to slightly update local maxima. This is a signal that the pressure of traders is gradually increasing.

A sell signal is formed at the moment when prices break through the bottom line of the wedge.

Downward wedge is formed when the price reduction slows down and a narrowing pattern is being formed. Prices are unable to continue to decline, but at the same time, they continue to slightly update local minima. This is the signal that the pressure of traders is gradually increasing on the market.

A sell signal is formed at the moment when prices break through the top line of the wedge.

Have in mind that a reliable broker is one of the key aspects of success. Choosing leaders like JustForex Broker you get uninterrupted access to trading, the safety of your money thanks to Clients’ funds protection system, easy money withdrawal and support 24/7.

At the end of September, the reversal pattern of Triple Top was formed on the EUR/USD pair.

Several good signals that confirmed the development of the downward trend appeared on the timeframe. A number of patterns of the Price Action, Inside Bar and Bearish Engulfing were formed. This was after the breakdown and price fixing below the key support of 1.17300. A steady downward trend was observed on the EUR/USD currency pair for several days.

In the first half of November, Rising Wedge (H1 timeframe) was formed on the USD/CHF currency pair. This signaled a correction in quotations after a protracted rally.

There was the price and MACD histogram divergence on the 30-minute chart. It also indicated the development of the bearish sentiment. After a few days, we could see aggressive USD/CHF sales.

You should always remember that Forex is essentially a trade in probability and expectations. There are profitable and unprofitable transactions. The most important thing is to follow the rules of your trading system and adhere to competent risk management.